Could Devin Vassell Be the Safety Pick If the Knicks Slide Back in the Draft? 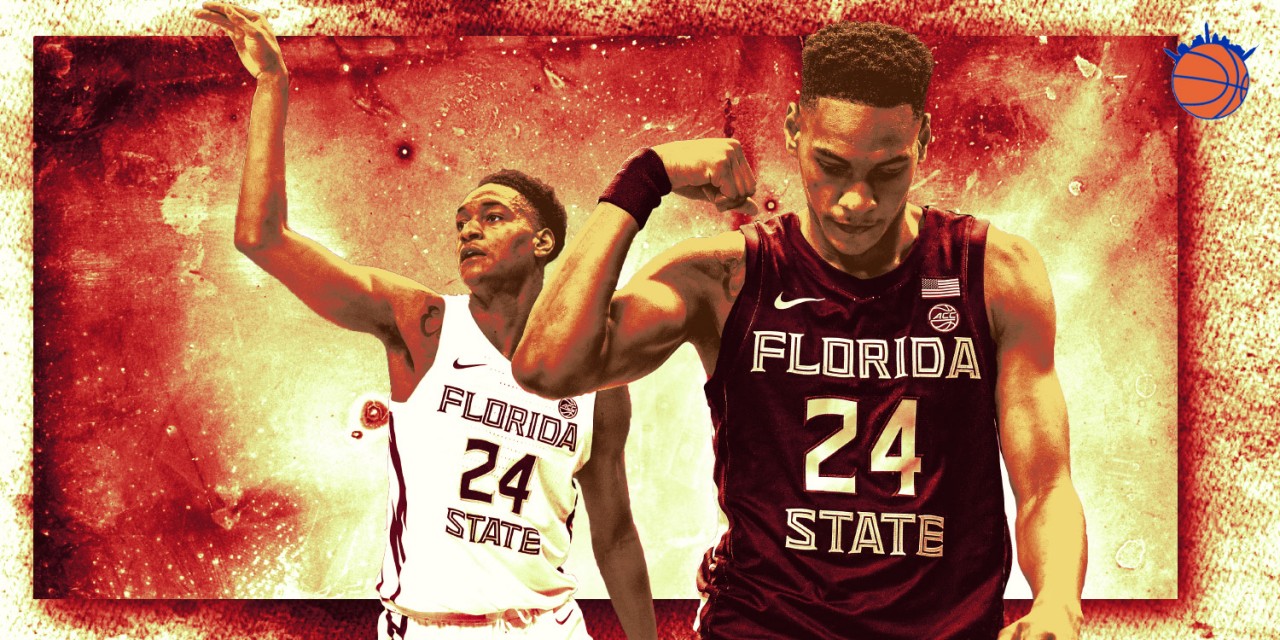 With the NBA’s Draft Lottery still to be determined, there is a decent chance the Knicks drop a few picks at the draft. Enter Florida State wing Devin Vassell.

Although New York Knicks fans fantasize about landing a top-four pick at the 2020 NBA Draft, the highest odds for New York land in the range of pick nos. 6-9. The Knicks have the sixth-best odds to land the No. 1 overall pick at 9.0%, a 37.2% chance to land a top-four pick, and a 62.7% chance to land within picks 6-9. The ping pong balls haven’t been the kindest to the organization in recent memory.

There is going to be a contingency plan in the event the Knicks can’t draft LaMelo Ball with the first or second pick. One player the ‘Bockers should take a close look at if they are selecting in the 6-9 range is Florida State’s Devin Vassell. While Vassell is a lesser-known name, the 6’7” sophomore wing has a compelling case for being a top-seven prospect in this year’s NBA draft.

Let’s jump into Vassell’s strengths and weaknesses as a prospect.

Vassell fits the “3-and-D” archetype as a player. This past season, he finished fifth in the ACC in three-point percentage, shooting 41.5% on 3.5 attempts per game. In Vassell’s freshman season, he shot 41.9% from beyond the arc on 1.9 attempts per game, so his successful three-point shooting is something that has been a staple in his game for his entire career, not just one season.

What makes Vassell even more intriguing from a shooting perspective is his release point. Vassell uses his 6’10” wingspan to shoot from a high point, making his shot incredibly difficult to contest, and even more difficult to block. That’s going to be very transferable to the NBA against bigger defenders.

Vassell was mostly used in spot-up shooting situations and thrived in that role ranking in the 80th percentile in that category, per The Stepien. For a Knicks roster that has ranked near the bottom of the league in three-point shooting the past six seasons, Vassell would have an immediate impact.

Despite somehow being snubbed from the ACC All-Defensive Team, Vassell’s defense may even more of a strength than his three-point shooting. Vassell averaged 1.4 steals and 1.0 blocks per game, while having a steal percentage of 2.8% and a block percentage of 4.1%. Furthermore, Vassell had a defensive Box Plus/Minus (BPM) of 4.2, which ranked fifth in the conference.

Devin Vassell uses his length for the steal, then finishes on the other end through contact. #NBADraft pic.twitter.com/lXpyOJpc03

Like his shooting, both Vassell’s size and length help him on defense. His length combined with his solid lateral quickness and vertical leap allow him to guard multiple positions. Additionally, his length and athleticism help him to recover quickly on the defensive side of the ball.

This led to a few ridiculous blocks in this past season:

Devin Vassell with a crazy block from behind. #NBADraft pic.twitter.com/IbkkmpbO0R

One concern about Vassell is he’s only 194 pounds despite a 6’7″ height. He’ll have to put on some weight in order to maximize his potential on defense.

Normally, 3-and-D players lack the ability to finish at the rim; however, Devin Vassell has that trait in spades.

According to The Stepien, Vassell shot an astounding 70.1% in the range of 0-to-5 feet. Many of these plays came in transition, where Vassell thrives. Additionally, Vassell’s ability to finish through contact is impressive, especially given his body type/weight.

Devin Vassell is a really good finisher at the rim and through contact. His FG% from within 5 feet was 70.1% and it shows. pic.twitter.com/vtmTo2cOmJ

This demonstrates confidence Vassell can be more than just a three-point specialist on offense.

Handle is one of the most overlooked traits in terms of evaluating NBA prospects/players. Vassell’s handle will be what determines his role in the NBA, and whether he becomes strictly a three-point specialist or more than that.

Vassell’s handle was average at best, and several times when he was put in an isolation situation, he relied on his size/length to create his own shot. Sometimes in one-on-one situations, Vassell would just dribble side-to-side before passing out. He rarely seemed to get himself an open shot purely based on a dribble-move.

One aspect of Vassell’s game which limits him offensively is his dribble moves/handle. Mostly relies on length to get contested shots off. This will need to improve in the NBA, or his role will be restricted. #NBA pic.twitter.com/l2wzJKXA7v

It’s going to be a lot more difficult for Vassell to create shots strictly from length/release point in the NBA than it was in college. That being said, there was improvement in this category from Vassell’s freshman year to sophomore year. According to Kevin O’Connor of The Ringer, Vassell hit 39 shots off the dribble this past season compared to one in his freshman season.

Vassell seems to be a fast developer if you look at the difference between his freshman year and sophomore year stats. However, the question is to what extent his handle/shot off the dribble improve in the future. If he could make another leap in this category like he did previously, then whoever drafts Vassell is getting a value pick.

Ability to get to the free throw line

As you could see above, Vassell only got to the free throw line 2.2 times per game this past season. As a good finisher around the rim, it’s important for him to get there more, ultimately resulting in more free throw attempts.

However, these low free-throw attempts go hand-in-hand with Vassell’s handle. If his handle is improved, he’ll ultimately be able to get the rim and draw more contact. Most of Vassell’s drawbacks truly seem to be rooted in his handle.

Most mock drafts have Vassell within the 10-14 range, but many among NBA Draft Twitter believe that he should be selected higher than that. It’s easy to see Vassell as the Brandon Clarke of this draft: a guy who falls further than where Draft Twitter thinks he should, and then proves himself in his rookie season by providing immediate value.

If the Knicks fall outside the top four, they should certainly look at selecting Vassell or trading down to ultimately land him. If they were to trade down, the question would be how far can you afford to trade down while still being able to land Vassell. The answer is probably not more than a few spots.

At this point, it’s important that the Knicks draft good basketball players. If the Knicks are picking anywhere at 6-9, I’d heavily consider drafting Vassell over a player like Cole Anthony. The need at point guard is significant, and the ceiling for Anthony is high, but I’m extremely confident in Vassell turning into a good player in this league, more so than several other big name prospects. 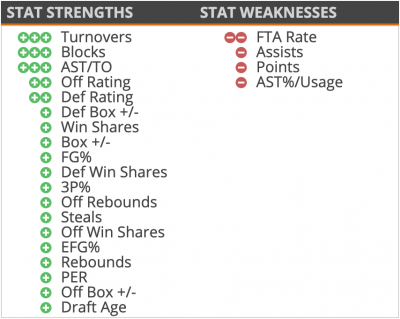 While Vassell’s ceiling may be limited by his handle/play style, if he reaches his max-potential he can develop into a Khris Middleton or Robert Covington–type player. He can be a secondary or tertiary scorer, as well as an elite defensive player.

Ultimately, if Devin Vassell falls to pick 11-12, you’ll see a bidding war for contending teams trying to trade up to select him. He’s the perfect piece for a contending team that needs a shooter who can contribute right away. That being said, if a team doesn’t trade up, watch for the New Orleans Pelicans, who will likely have the 13th pick in the draft. New Orleans will certainly be looking for shooters to put alongside Zion Williamson, which is why they could be the perfect fit.