Who Is Grant Riller? Well, Possibly the Steal of the 2020 NBA Draft 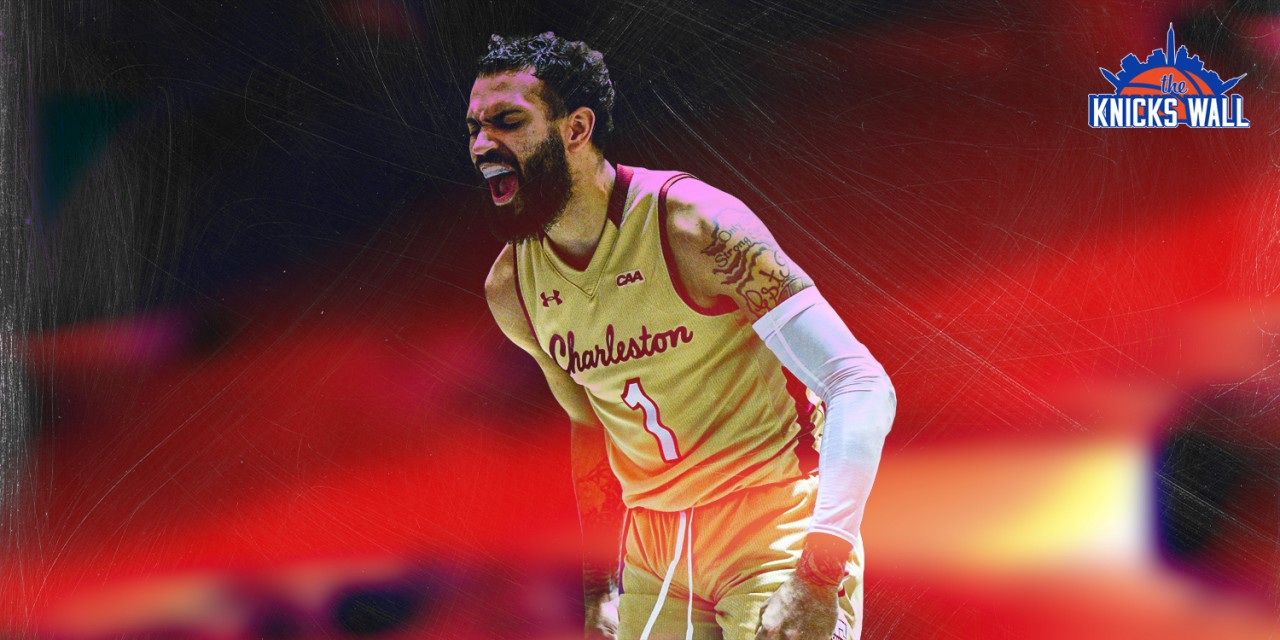 One name shooting up NBA draft boards is Charleston point guard Grant Riller, the mid-major playmaker with a lovable game to watch.

In its modern history, the NBA has had just four players from the College of Charleston log minutes in official games. The last familiar name is Andrew Goudelock, who showed a nice touch in the 2013 playoffs as a Laker. Although scouts have continued to open their minds to the mid-majors and the lesser recruited prospects, there are still programs that go unnoticed.

Grant Riller, the 6’3″ senior guard, is one of the best shooters in this 2020 NBA Draft class having finished his five-year career as the second leader in scoring (2,474 points) at Charleston. As we draw closer to draft night, the Cougar guard is poised to rise on many big boards. Earlier in the summer, he was going in the 40’s and sometimes undrafted in mock drafts. Currently, ESPN has Riller ranked as 39th overall. In terms of position, he’s ranked 14th among all guards.

Riller is the most interesting prospect that not enough people are talking about. For one, Riller finished his Cougar career with a 61.6 True Shooting percentage in the Colonial Athletic Association. At 23 years old, the immediate reservation here is his age. I have made the argument that using a prospect’s age as a strike against them is illogical. Countless players have shown that experienced college players are an undervalued commodity. Those players become necessary glue guys. In the right situation, older seniors show that they can come into the league and be a trusted voice in the locker room right away.

Riller started all 31 games of the compressed 2019–20 season. He carried the scoring load for the College of Charleston, averaging just under 22 points per game. He was highly efficient in transition and pick-and-roll scoring, finishing second in the CAA. He also made the All-CAA First Team as a junior and senior. He’s one of the premier scorers out of the pick-and-roll this year. However, Riller has the ability to score at will in a few different ways.

What makes Grant Riller such an offensive juggernaut is his accuracy and soft touch at the rim.

Per The Stepien, Riller was in the 88th percentile for buckets around the rim. He was hitting those at a 63% clip, better than projected lottery pick Tyrese Haliburton. His burst also allows him to create space in isolation situations as well as out of the pick-and-roll. His speed, measured as one of the fastest three-quarter sprints in this class, keeps defenders on their heels. In a draft class where too many prospects lack creativity in their ball handling, Riller stands out as a guy who can manipulate the defense because of his quickness and elusiveness.

Here, he takes advantage of the mismatch versus Delaware forward Justyn Mutts. The forward sits back because he anticipated using his length to block Riller’s attempt at the rim. But Riller, who is roughly four inches shorter, easily gets past and makes the shot off the glass.

On this play, the defender is playing as tight as he can. It doesn’t matter to Grant Riller. His footwork combined with spin speed will allow him to get off a high-level mid-range jumper. During his senior campaign, he ranked ninth in the NCAA in isolation scoring. This shot is probably one of the most elite isolation buckets you’ll see in Riller’s film.

As a score-first point guard, Riller is highly productive in the pick-and-roll. He scored 1.109 points per possession. He plays controlled and focused. Once Riller comes off the screen, he often is able to finish at the cup by a slight hesi or hanging in the air. The latter is a pro-level skill that isn’t prevalent with younger rookies. However, a five-year prospect has had time to perfect his release to avoid the impending block and, at times, draw contact.

Riller is a three-level scorer because of his speed and his ability to read defense. He’s lethal on the elbow, from the NBA three-point line, and going downhill. Pouring through Riller’s film, it became evident that he favors the spin move—and for the most part, that first step is deadly getting into the spin, allowing him to drive past and split defenders. It’s that cut-on-a-dime speed that sets Riller up to either finish an eye-popping bunny or absorb contact for the and-one.

In the NBA, Grant Riller won’t be tasked with the scoring load. But he will need to be a willing creator and facilitator for his teammates. He averaged 4.7 assists per 40 minutes and only got better over time. Because he draws gravity, there are so many opportunities where he hits his pick-and-pop shooters outside or finds guys wide open for the short corner triple.

I also noticed that when he’s going downhill and runs into a double-team, rather than committing a costly turnover, he keeps his head up and, through craftiness, often finds a teammate to score the easy finish.

Grant Riller is 6-foot-1 and 178 pounds with a 6-foot-5 wingspan. He’s not physically imposing and will likely have to add at least 10-12 pounds of muscle. As a smaller guard, Riller is going to have his hands full with the sturdier and longer 1’s and 2’s. He showed promise by getting into the lane though. He finished three seasons at Charleston in the top 10 for steals per game, recently 1.6 as a senior. Because of his speed, those steals will undoubtedly lead to many transition buckets.

In this clip, he gets up into the body of his man. Using active hands, the quick reaction allows him to take off as soon as the ball is tapped out.

Why is Grant Riller worth taking a flyer for the Knicks?

The Knicks are open to fill any and all positions on the roster heading into the new season. In fact, the pandemic may have helped the Knicks in a way that we haven’t seen before. With so much time away from the game and fans, the Knicks have a clean slate. The architect of this rebuild is one of basketball’s greatest minds. Because so many casual fans of basketball aren’t as familiar with the NBA draft prospects as they have been in previous years, their minds are open to giving prospects a chance.

If drafted, Riller would show his value running the high pick-and-roll with Mitchell Robinson or another stretch 4 the Knicks are able to acquire. Riller’s main aspect of “controlled fast” play will push the pace. Assuming the Knicks take a guard at 8, drafting Riller with the late first-round pick or trading up out of the second round gives them the flexibility to trot out a three-guard lineup. If Frank Ntilikina has taken the leap we believe he has, that’s a lot of scoring on the floor and enough defensive upside to prevent hemorrhages in the second halves.

Grant Riller is underrated because he’s coming from a small, relatively obscure program. With that comes the strike that he hasn’t played against legitimate NBA talent. For that, I would counter that he’s had the opportunity to learn from one of the game’s best 1 guards. Riller was invited to the exclusive Chris Paul elite guard camp last offseason. There, he observed how the future Hall of Famer prepares himself to remain among the best. For the Knicks, it’s advantageous that Riller continues to be under the radar. He has the potential to be an occasional starter/dependable sixth man for a team that has failed to find that reliable second-unit scorer.

In his film session with ESPN’s Mike Schmitz, Riller described himself as a consummate student of the game. “Just watching film over the years, making sure all my reads are right, I feel like I’m capable of making all the right basketball plays, as well as doing what I do and scoring the basketball,” he explained.

The most common comparison out there for Riller is Fred VanVleet. That career outcome for Riller is realistic. Should Riller be available, once again, the Knicks would come away with a gem. Riller can be the answer to the question the Knicks have struggled with since the season that earned J.R. Smith universal recognition. Riller is the exact type of player that lifts a team to that next level offensively. And despite his measurements, under the tutelage of Thibodeau and company, Riller will develop into an underrated defensive point guard for years to come.

»READ: Do the Knicks answer Celtics’ call to move up in the NBA draft?