Kira Lewis Jr. Has Serious Speed, But Will He Have a Legit Impact on the Game? 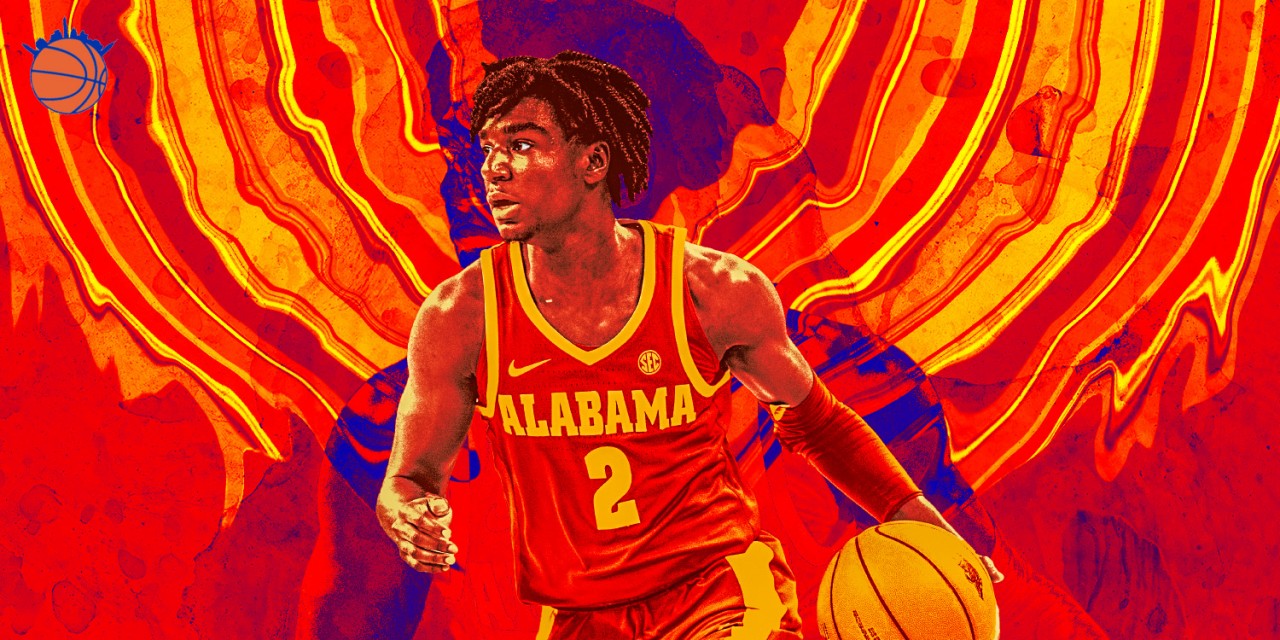 While NBA Draft point-guard prospect Kira Lewis Jr. is likely the fastest in the class, there are questions on how he pans out at the pro level.

When you hear the University of Alabama, you think of backpedaling defensive backs and running backs steamrolling into the end zone. However, in recent years, Crimson Tide basketball has garnered more attention and respect.

Their 18-16 record in 2017–18 culminated in then-freshman Collin Sexton declaring for the draft and the Cleveland Cavaliers selecting the point guard at no. 8. Alabama poached head coach Nate Oats from the University of Buffalo after he flipped that program into consecutive tournament appearances, including the upset of no. 4 Arizona, where current Knicks guard Allonzo Trier played. Upon his arrival in 2019, Oats vowed to turn a football powerhouse into a place where NBA executives and their scouts take serious interest.

Oats’ system, predicated on agile, nimble guards who can push the ball, was a perfect landing spot for Kira Lewis Jr.

Lewis Jr. committed to staying at Alabama for his sophomore year after his part in Team USA’s FIBA U19 World Cup bid last year. Because the team was loaded with talent (Cade Cunningham, Ziaire Williams, and fellow draft classmate, Tyrese Haliburton), Lewis didn’t log many minutes. However, that experience was the tipping point for a player who is currently going under the radar in many drafts.

At 6-foot-3 and 165 pounds, Lewis Jr. is one of the smaller guards in terms of pure strength. With the combine and draft workouts pushed back due to the COVID-19 pandemic, it’s hard to know what his true measurements are currently. And despite Alabama having some intense victories against Auburn (an upset), LSU, and Georgia (a career 37-point night), Lewis was going to miss the chance to showcase his improved skill set on much larger stages. Knowing that he’s the youngest player in this draft class (turned 19 in April) leads to some alluring upside if the Knicks are sitting at the eighth or lower draft slot.

Rather than categorizing Lewis Jr.’s strengths and weaknesses, it seems fruitful to pinpoint aspects of his game that can fit into the Knicks’ offensive and defensive schemes sooner rather than later in spite of his youth.

In a shortened season, the ‘Bockers scored 46% of their total points in the paint translating to roughly 48 points per game, per NBA Stats. Many of those buckets were a result of Knicks guard Elfrid Payton beating his man off the first step. Though Payton does not play as fast as Lewis, the similarities in their method is striking. Take a look at one of Payton’s craftier drives of the season:

Lewis Jr.’s offensive output relies on pure speed beating his defender. His footwork lays the foundation for successfully attacking the paint. The main takeaways on Lewis’ primary scoring are two-fold: 1) He keeps his attack simple by not over-dribbling, and 2) he has developed better control on his acceleration and deceleration. Combining that with whatever his actual speed is makes him a lethal threat, particularly going baseline.

How this helps the Knicks: This season, the Knicks started off with one of the slowest paces in the league. Once Mike Miller took over, New York made a spirited push towards finishing in the middle of the pack. The fact of the matter is that without a speedy guard, the Knicks are prone to fall into the trap of looking painfully slow. Because Lewis Jr. is keenly aware of his motor, he plays to that strength. Lewis Jr.’s upside as an ambidextrous playmaker comes in how he draws gravity into the paint. Assuming the Knicks look to position R.J. Barrett as a primary scoring option, Lewis Jr.’s penchant to collapse the defense as a drive-and-kick passer creates outside shooting opportunities for Barrett and potential returning long-distance shooters, Maurice Harkless and Reggie Bullock.

Sometimes an analysis of speed/motor of a prospect can turn into highlighting their faulty decision-making or propensity to play loose. That is the exact opposite here, however. Lewis Jr. thrived in a system where speed reigned. He can be a lead scorer, which he did at 18.5 points per game for ‘Bama. But he is equally apt to defer to teammates. In fact, the Crimson Tide’s top recruiter noted that during the U19 World Cup, Lewis Jr. willingly “passed up open shot opportunities to get other guys the ball.” Just imagine how much better he’ll look dishing to whatever three-point threats the Knicks add in free agency.

He is a natural disruptor

Kira Lewis Jr. is not going to wow you with his wingspan. Two-way guards with defensive specialist honors are hard to come by in general. Like guards in the past who have shared his stature, Lewis does get bullied on screens and man-to-man. But the film shows he’s a solid help defender. He has some intriguing instincts on defense that can be utilized and built upon under the right coach.

Lewis Jr. doubled his number of steals from 28 to 56 on the season, averaging 2.5 steals per 100 possessions, per Sports Reference. Given Oats’ frenetic defensive scheme, many of those steals led to easy bunnies for Lewis Jr. He plays the passing lane at an average rate, but again, his quickness is what makes the difference. As a team defender, he reacts quickly and has shown the ability to close out in the paint even when he loses his man on the perimeter.

How this helps the Knicks: Transparently, Lewis Jr.’s defense is not good enough to get excited over. But the idea here is that the Knicks have experienced the “let’s be patient” phase with Frank Ntilikina on the offensive end, for example. There’s not much difference in doing the same thing with Lewis Jr. and his defense. Objectively, the selling point here on defense is his rebounding. He left ‘Bama averaging 4.8 rebounds. After cracking top 10 in rebounds per game for the league, the Knicks have to consider how Lewis Jr.’s inevitable growth spurt will offer another guard who can play bigger than he is.

When it comes to pro comparisons, the best lens to view prospects through is tiers. In the league, there is an overwhelming consensus on the top 6-7 point guards. Everything after gets murky and tends to be based on narratives and reputation. Draft prospects benefit from being placed in tiers because it paints a more convincing picture of how good they could be (with a lot of “ifs”) while also remaining open to realistic expectations of what they are. My position is that you look at a group of players within a tier and can then judge a player’s rookie performance less harshly.

Kira Lewis Jr. has one of the highest upsides in this draft because his offensive I.Q. is where you’d like it to be. What I like most about his scoring is that he has a strong shooting form. He doesn’t come with the burden of fixing mechanical hitches or a poor release. Lewis Jr.’s form is smooth and he shoots with confidence. He rarely hesitates, which often precedes bad form on a bad miss. Because his form is good, he presents as a perfect tertiary scorer.

Ideally, Kira Lewis Jr. projects to fall into the tier of Dennis Schröder. Schröder was much more raw as a rookie when he was drafted, but Draft Express highlighted his shot creation for teammates. He has matured into a two-threat for Atlanta and now Oklahoma City. Though he was utilized as a sixth man in OKC, Schroder was effective in 31 minutes per game shooting over 50 percent from inside the arc and being among the top-10 guards in scoring. The Knicks have a second opportunity later in the draft to secure a more experienced three-point shooter to give Lewis Jr. another option in the pick-and-roll which highlights his skill finding the open man.

Over the past decade, the Knicks have struggled to establish consistency at the 1 guard spot. Around the league, teams have used the draft to add quick-footed guards as integral pieces like the aforementioned Sexton, Trae Young, and Ja Morant. Kira Lewis Jr. has room for improvement in terms of handles and boosting his physique, but the latter will inevitably influence how much better he is on the defensive end. Long term, Lewis Jr.’s speed and basketball I.Q. will complete a trio (Barrett and Robinson) that brings back the run-and-gun New York basketball that many fans romanticize.

»READ: RJ Hampton might be the next boom or bust candidate