NBA Draft: The Knicks Should Pass on Memphis’ James Wiseman

With the limited tape on James Wiseman, possibly the crudest big-man talent in the 2020 NBA Draft, there are reasons the Knicks should pass.

The NBA postponed its 2020 Draft Lottery and Combine, strongly indicating the draft itself will likely be rescheduled, too. When it does happen, the Knicks should come away with a relatively high lottery pick, depending on whether the ping pong balls bounce in their favor or not. 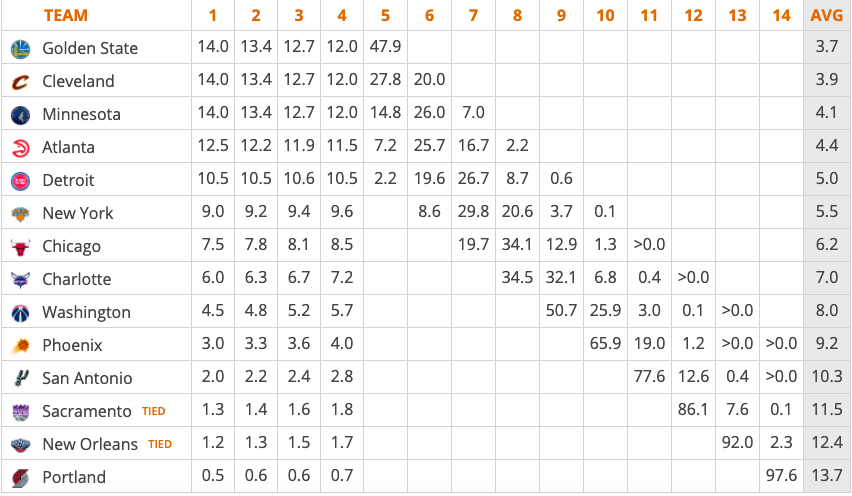 Of the handful of prospects projected to come off the board with the first few picks, I believe the Knicks should avoid only one at all costs: James Wiseman.

The 2020 NBA Draft is a strange one. There is no consensus hierarchy, nor is there even an agreed-upon top pick. The Ringer recently pegged French point guard Killian Hayes as number one selection material, along with The Knicks Wall’s Mike Cortez in his annual draft board, while ESPN’s Big Board has him at ninth, with Anthony Edwards holding down the top spot with which he came into the season. Losing March Madness didn’t help.

Usually, in a year like this, the big tournament goes a long way toward establishing a top dog. Without it, sample sizes are cut short, and teams will have to rely a little more on scouting faith than usual.

But Wiseman does not make sense for the Knicks, unless the pick is involved in some kind of major trade. There’s just no holy grail scouting report that would offer any meaningful retort to the biggest problem with drafting him. At the end of the day, he shares the exact same position and role Mitchell Robinson plays, and as raw as Robinson is right now, Wiseman is arguably even less developed.

Wiseman is an enticing athlete, perhaps even more so than Robinson, because of his stronger frame at a younger age. Robinson is a monster, don’t get it twisted—a freak leaper with lightning fast feet and nightmare length. Wiseman doesn’t move with quite the same agility, but he’s every bit as explosive and has a little more unbridled, runaway locomotive power in him than Robinson.

His measurables (literally) jump off the chart. Wiseman measures 6-foot-11 with a 7-foot-5 wingspan and weighs about 250 pounds. He’s got a strong lower body that allows him to seal defenders down low and establish deep position in the painted area.

His athleticism is special enough to clear the gap between his skill level, which still needs to mature, and the demands of the NBA. It is terrifying and awe-inspiring in the way that generational specimens of hoops history often are, and in that respect he reminds me of David Robinson, big enough to muscle one body out of his way but fluid enough to snake through a thicket of them. And he leverages that advantage especially well when rolling to the rim, probably his most NBA-ready asset right now.

He flashes potential as a modern big man, too. Obviously, tape on Wiseman is limited; he only played three games at Memphis before withdrawing amidst an eligibility controversy involving Penny Hardaway, who’s now the head coach at the program. But from the scant footage available of Wiseman, his “failsafe” move appears to be a fadeaway midrange jumper over his left shoulder.

There is plenty to like about Wiseman as a high lottery prospect. He carries high risk (more on that in a bit) but also probably the highest reward out of anyone in this draft. There is a non-zero chance that he can grow into some superhuman monster with Chris Bosh’s jump-shooting ability, David Robinson’s strength and DeAndre Jordan’s prowess for rim protection.

But Wiseman is so far away from that finished product it’s basically a moot point to even theorize about it.

He is a gifted shot-blocker but an incredibly twitchy one at that with a very poor feel for how offensive players are baiting or manipulating his tendencies. Without fail, Wiseman leaps to swat everything around the rim, putting him in vulnerable situations, both in terms of avoiding whistles and on the defensive glass.

He’s so eager to headhunt for a highlight block here that Wiseman completely forgets about his own man. Oftentimes, when a defensive breakdown occurs with a young player, it’s because they couldn’t track the evolution of an offensive sequence as it unfolds. Their mind can’t process in real time what rotation they’ve just been assigned after a leak has sprung somewhere else, or they’re a quarter-second too late recognizing a switch they need to take. It’s troubling to see a player so tunneled in on a big play opportunity that they forget about an offensive threat they’ve been stationed next to for an entire possession, right next to the rim.

Wiseman is also a little too slow laterally to guard smaller, quicker players. He can get blown by, even when his focus is on the correct action.

And although he’s a willing shooter, that doesn’t make him a good one. In fact, he can be far too willing to hoist at times. Wiseman takes this shot with 22 seconds left on the shotclock.

If you freeze the video as Wiseman catches, it’s actually not indefensible for him to shoot a jumper with the floor geometry available. It’s a shot he practices, and there are three bodies locked in on him. If he lowers his shoulder and tries to power through the much smaller defender on him, the play could (and likely would have) ended in an offensive foul on Wiseman.

But a more gifted basketball mind knows to probe for something better there. Basketball does not happen in freeze frames. There is almost a full clock for Wiseman to work with and, again, he has a mismatch and deep position off the catch. He can post and pivot toward his left shoulder, threatening to just raise and shoot a short hook with his right hand, protecting the attempt with smart body positioning. Even simply establishing contact with his mismatched defender after the catch would guarantee the arrival of a help defender, opening up a gaping hole somewhere else. Wiseman has to show an understanding of personnel and clock here, and perhaps even more importantly, he has to show some level of court vision. He’s got an easy swing pass to the top of the key and a potential “hockey assist” after another swing to his teammate in the left corner.

And for as gifted as Wiseman is physically, he lacks fundamental knowledge of how to properly wrestle down low. That’s a crucial skill for an NBA big man, and it’s completely missing from Wiseman’s game right now. When sealing his man, Wiseman often establishes excellent position but releases it when the pass is in the air, sacrificing all the work he put in to force the defense into a disadvantageous spot in the first place.

Wiseman “plays the ball” there, not his man. That is not a “motor” issue. He’s trying hard. But he doesn’t grasp the importance of holding his spot, and keeping himself between his defender and the ball. As soon as the pass is up for grabs, Wiseman releases too much tension and loses the anchor he muscled his way into.

In no way is anyone expecting Wiseman to become as masterful in the post as someone like Hakeem Olajuwon, a Hall-of-Famer and one of the greatest post players of all time, period. But Wiseman does love to post up. It’s part of his DNA. And compare his bungle above with how Olajuwon plays Luc Longley of the Chicago Bulls here.

Longley tries his best to push Olajuwon off his spot, but even when the pass is in the air, Olajuwon keeps his left arm jammed in Longley’s chest. He plays the man, and merely lets the ball come to him. He knows he has Longley beat—the hard work is done—and all he has to do is use his strength, stand pat, and then it’s time to embarrass Longley. You cannot find a clip of Olajuwon where he properly seals his man then loses position. It doesn’t exist.

To reiterate, it’s unfair to compare a 19-year-old rookie to arguably the most skilled big man ever. But Wiseman is an Olajuwon-level athlete, and him reaching his ceiling is largely dependent on him improving facets of his game that are already in his blood. One of those facets is the post-up.

Why he’s not a good fit

Even if Wiseman only reaches, say, half of his potential, he’ll likely be a very useful NBA player. He projects as something of a DeAndre Jordan lite, and even in a spacing-obsessed modern NBA era, every team craves a rim-running monster that is difficult to score on. It’s hard to envision a future in which Wiseman can’t excel in that role.

So, what’s the problem with the Knicks drafting him? Mitchell Robinson already plays that role, he’s damn good at it now, and he only projects to get better. Why in the world would a team that has that role locked up for the foreseeable future take a significant gamble to find a replacement? That risk is amplified when one considers the basement bargain that is Robinson’s contract as a second-round draft pick. Robinson carries just over a $1.5 million cap hit next year. As a high-lottery first-round selection, Wiseman will make at least four times that amount.

There are questions about Wiseman’s floor, spurred on my extremely limited gametape to analyze and issues with basketball I.Q. Still, he’s a tantalizing athlete and a smart pick for a team willing to wager on his ceiling. The Knicks just aren’t one of those teams.