Is Patrick Williams the Project Worth Trading Up For? 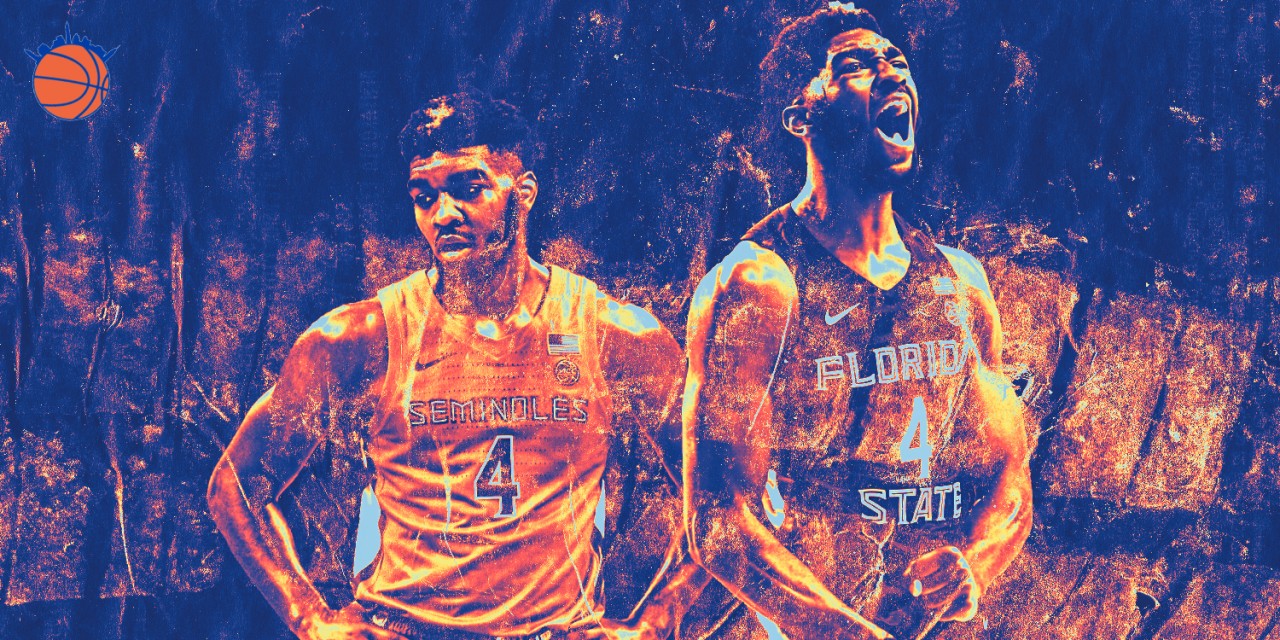 Patrick Williams is by no means a target for the Knicks’ top pick, but the Florida State forward would complement Mitchell Robinson should the Knicks find themselves in possession of a higher second first-round draft pick.

Patrick Williams is generally considered likely to be drafted somewhere in the late- to post-lottery range, which is part of why he hasn’t generate a lot of buzz in New York Knicks draft circles, but make no mistake, he’s a prospect worth keeping an eye on.

At 18 years old, Williams is the second-youngest player in the class after Killian Hayes, and while he spent his lone year at Florida State coming off the bench, the 6’8″, 225-pound freshman has as much upside as any forward in the draft. He’d likely be a reach for where the Knicks will pick in the lottery, and he’s unlikely to be in the late 20’s, when the Knicks use their pick from the Los Angeles Clippers, but his combination of age, modern skill set, and fit next to Mitchell Robinson could be enough to entice New York brass Leon Rose and Scott Perry to trade up and snag him.

Williams isn’t likely to be initiating NBA offenses, but his appeal will be in his low-maintenance contributions on both ends. Let’s start with the offense.

Williams shot 32% from three on 50 total attempts this past year so he’s not coming into the league a knockdown shooter, but you don’t have to squint too hard to see the outline of a well-rounded scoring threat from all three levels.

His jump shot mechanics are a little slow but he releases it cleanly and gets good arc behind it. He’s also shown the ability to put the ball on the floor and either pull up or go hard to the basket.

But more importantly, he’s decisive. He makes a move or he passes the ball along. Too often this season, the Knicks waited around for one of a number of slow decision-makers to figure out what they wanted to do and do it.

Williams moves the ball well, and has shown some the ability to read and execute outlets, short rolls, or simply swing the ball around the perimeter.

Love Pat Williams' ability to run the PnR as a combo F or 4 (and make left handed, live action passes), but it's his activity after the pass that I think is also really impressive – check out how he moves to crash the glass after making the pass in the first 3 clips. Love this pic.twitter.com/8haAbgYHMG

Given his stout frame and impressive strength, he should also be able to, in time, spend possessions at a time playing the 5, though he will run into some defensive issues that we’ll touch on in just a minute.

Williams can get a little over-ambitious of the dribble at times, but on the whole, his offense works as a complementary piece alongside other scorers. With his age, he also shows the potential to develop into more of an active shot creator, though his slow release could make shooting off the dribble against NBA defenders more of a challenge.

But where Pat Williams’ impact should be felt most is on the other end of the floor. As part of an absolutely smothering Florida State defensive scheme, Williams was able to hone his team defense to the point of being an absolute terror for all 94 feet of the court. Watch his intensity in the below clips, the way he communicates, rotates, and puts pressure on ball handlers regardless of where on the floor they are:

Now, box score watchers might notice that Williams doesn’t always stuff the stat sheet on the defensive end. He only had two games with more than two blocks on the season and three games with more than two steals. And it’s true that he’s not really a defensive playmaker in the way that, say, Mitchell Robinson is. One of the big things that stands out when watching his tape is how often he wouldn’t leave his man to go for a help side block, which seemed partially due to scheme and partially due to his own physical limitations.

But where Williams’ impact is felt is in his presence as a preventative defender. He hedges, stunts, and creeps into lanes to prevent drives and passes, and does a great job putting his hands straight up and defending without hunting for blocks on drives.

Again, part of this can be attributed to the aforementioned physical limitations, so let’s get into that now. At 6’8″, Williams isn’t overly tall, and with an estimated 6’11” wingspan, he’s got decent but nowhere near elite length for a big man (for a comparison point, that puts him at roughly the same height and wingspan as Kevin Knox). Though he is a very good vertical athlete, he has trouble exploding off of a change of direction, which sometimes makes it difficult for him to contest shots by more crafty finishers. Some have posited that his gigantic thighs are part of why he might have some difficult moving laterally and maintaining explosiveness, but either way, it’s unlikely that Williams can function as a primary rim protector, which is why having him alongside someone like Robinson would be so important.

That said, it’s not like he can’t block shots. He can, and does, emphatically when given the chance.

Dominant defensive possession by Patrick Williams.
He swithces on the perimeter, contains the penetration using effectively his lenght (his feet are always too heavy tho) and forces the baseline. Then he gets the block with an impressive rim rotation

Great awareness for his age pic.twitter.com/yrwqtNJRTC

He can get a little too aggressive in passing lanes, gambling himself out of position and losing shooters at time, but that seems more the function of being an 18-year-old than a red flag moving forward.

Simply put, Williams is the type of big man prospect that’s worth a second, and probably a third, look. A great positional defender who can pass, shoot, and doesn’t need the ball in his hands to have an impact is the perfect complementary piece in today’s league, and his age and flashes of advanced ball handling and shot-making also hint at upside that could make him one of the more interesting forwards in the league in time—imagine if Paul Millsap came into the league ready to shoot the three-ball, instead of taking seven years to unleash it (granted, it’s not a perfect comparison, Millsap was a much better rebounder and probably a better defender overall in college).

While much of the focus for Knicks fans will likely be on guards and wings, Williams is a prospect who could very well be worth trading up for into the late teens or early 20’s, if the right offer comes around.