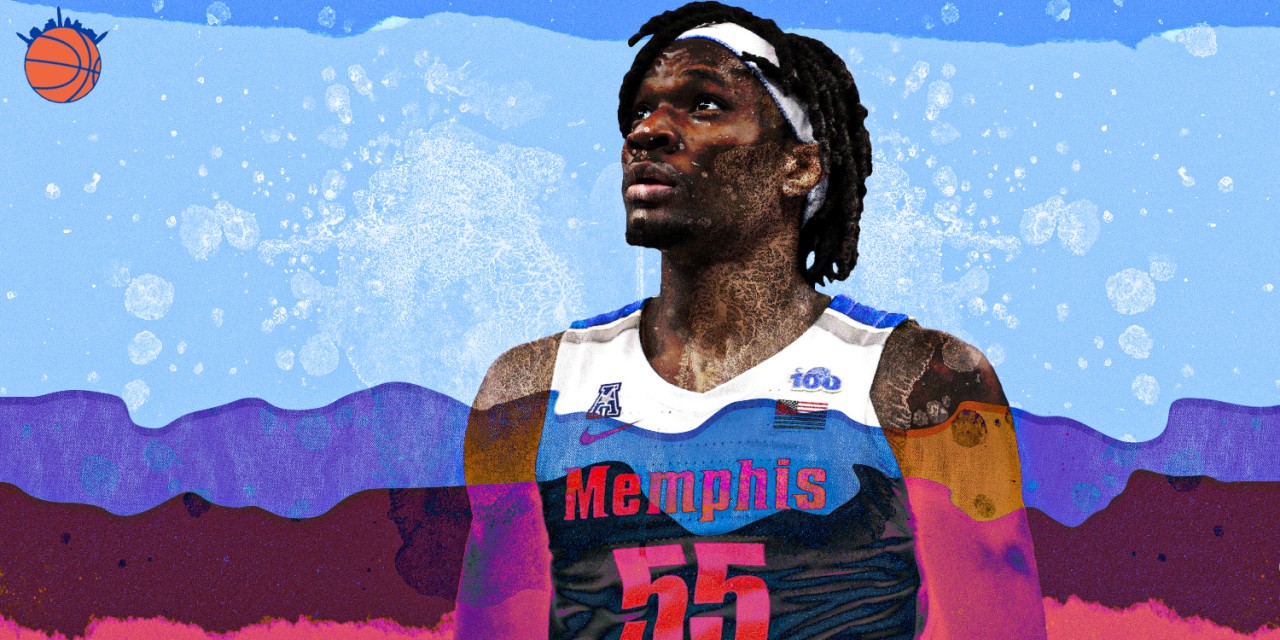 Precious Achiuwa was the beneficiary of attention after James Wiseman left Memphis. The NBA Draft big man could help the Knicks at no. 27.

You’ve got to be a pretty special player if people can refer to you solely by your first name, and you know exactly who they’re talking about.

That’s the case for Precious Achiuwa, who’s built quite a reputation for himself as one of the best young basketball talents around.

Born in Nigeria, Achiuwa came to the United States as an eighth grader and his family settled down in the Bronx. Once he arrived, he traded his soccer ball for a basketball and quickly picked up the sport.

After adjusting to his new surroundings, he made a name for himself as a high school basketball player, with word spreading throughout the city, to the tri-state area, and then eventually, the entire country. He was named a McDonald’s All-American his senior year, when he played for national power Montverde Academy (Fla.).

He played one season of college basketball at Memphis, where he earned AAC Freshman of the Year, Player of the Year, and first-team all-conference honors. Achiuwa averaged 15.8 points, 10.8 rebounds, 1.0 assists, 1.9 blocks, and 1.1 steals per game. He shot 49.3% overall and 32.5% from deep.

Achiuwa shined at every level he’s played in, but is he ready to make the jump for the NBA?

Athleticism: You can see his potential even before he sets foot on the court. He’s got a great physical build and frame, standing 6-foot-9 and 225 pounds, with plenty of more room to bulk up. What he lacks in height, he easily makes up for with his go-go-gadget 7-foot-2 wingspan and a measured standing reach that’s nine-feet tall.

Combine those physical gifts along with his explosiveness, quick feet, and never-ending motor, and it’s easy to see why he’s considered one of the most athletic prospects in this year’s draft class.

Precious Achiuwa has all of the essentials to excel at the next level. He’s an elite athlete with a great combination of length, 7’2” wingspan, 9’0” standing reach. Great physical tools and motor. NBA ready body. pic.twitter.com/yTJGdQN5Jl

He can pull off acrobatic dunks in warm-ups with ease, then turn it up a notch against live competition in games. Achiuwa uses his athleticism to his advantage, whether it’s flushing down a posterizer in traffic, hanging in the air for a tough finish, or beating opposing big men off the dribble during a drive to the basket.

The Memphis product shines in transition. He’s a solid fast-break starter and is dangerous in the open court when he can hit top speed for a score on the other end. His athleticism is a major part of his game and success up until this point, and it definitely shows with his…

Defensive versatility/rebounding: James Wiseman’s departure was a tough blow for Memphis, but it created more opportunities for Achiuwa. There’s no doubt that he would’ve played a major role anyway, and be one half of a terrifying tandem, but with Wiseman gone, Achiuwa had even more possibilities to showcase himself.

He currently pans out as a big wing that can play the 3 or the 4, but the way he stepped up at center for the Tigers makes him a viable small-ball 5 candidate in the NBA. He presents coaches with many different options in filling out their lineups.

He demonstrated that he’s able to protect the rim against traditional big men and can also step out of the paint to take on smaller guards. He’s a disruptive high-energy defender, and takes pride in being able to match up against a variety of players. It’s a vital ability to have in today’s switch-happy NBA.

Prospect Play of the Day: 6-9 Precious Achiuwa shows off his defensive versatility, switching 3 screens, blocking a jumper and turning defense into offense. Arguably the most versatile defender in the draft. Checks all 5 spots. Bought into playing small-ball 5 for Memphis. Lotto. pic.twitter.com/KmBty1tZmI

In his lone college basketball season, Achiuwa had the second-best individual defensive rating in all of Division I (82.5) and anchored a Memphis team that ranked in the top five for defensive efficiency, according to KenPom.

Aside from being a skilled defender, he’s a tenacious rebounder. He was a monster on the offensive glass, leading the AAC in offensive rebounds, but he’s also able to clean the class for defensive rebounds. He does a good job of getting good position down low, but even when he’s not able to get that leverage inside, his athleticism and length pays dividends in collecting those missed shots. His 10.8 rebounds per game was the best in the conference.

Still raw: As impressive as Achiuwa is as a player, there’s no doubt he’ll have to polish up his play on the offensive end. He’s been able to get by on pure athleticism in high school and college, but that’s not going to be enough to assert yourself in the NBA.

He’s a solid finisher and slasher, and can certainly throw down a dunk, but the rest of his game will need work. His handle is a bit loose, and he doesn’t really have the ability to create space for himself or set up others. He tallied 87 turnovers last year, the fourth-most in the AAC.

If he can’t beat his defender one-on-one, he gets frozen in space or tries to force a play. He’s got a great spin move, but can use a more diverse array of moves and some added creativity.

His jump shot is still a work in progress. Although he’s shown improvement, there’s still plenty more for him to go, which leads to his…

Shooting efficiency: Achiuwa is up-and-down as a shooter and scorer. His mechanics and shooting form aren’t consistent. Sometimes, he forces things and takes a bad shot or makes questionable decisions.

He hit 32.5% of his three-pointers, which isn’t a great percentage. However, he demonstrated more confidence in the second half of the season, pulling up more frequently from there. He’ll need to adjust to the pushed-back NBA three-point line.

He’s not a pick-and-pop threat, and he’s a liability at the free throw line, where he only cashed in on 59.9% of his foul shots.

Overall, Achiuwa isn’t much of a threat outside of close range shots.

Achiuwa feels like one of those boom-or-bust kinds of players in the draft. The athleticism and groundwork is certainly there, but he’ll be a work-in-progress offensively.

Teams will fall in love with his explosiveness, defensive impact, never-ending motor and the ability to plug him into a variety of different lineups, while others might be put off by the project that comes with developing his skills on the offensive end.

The good news is that his problems are fixable, from shooting mechanics to teaching better basketball I.Q. and more techniques to give him a variety of moves. After all, he isn’t a basketball lifer like most other players. He is relatively new for someone who mostly played soccer until the eighth grade, but he’s picked up basketball pretty quickly ever since he made the switch. He’s grown as a player over the last year, but there’s still plenty more room for development, and it all comes down to whether a team will want to make that commitment or not.

Achiuwa is projected to go anywhere in the mid-to-late first round. If he’s still on the board for the Knicks at no. 27, he’d be able to help out defensively and with pushing the pace—two areas the Knicks were towards the bottom of the NBA statistically.

His athleticism and physical tools are undeniable, but his deficiencies are also blaring too. Would the Knicks want another big, and another player that doesn’t contribute much spacing or three-point shooting? Not to mention, another project.