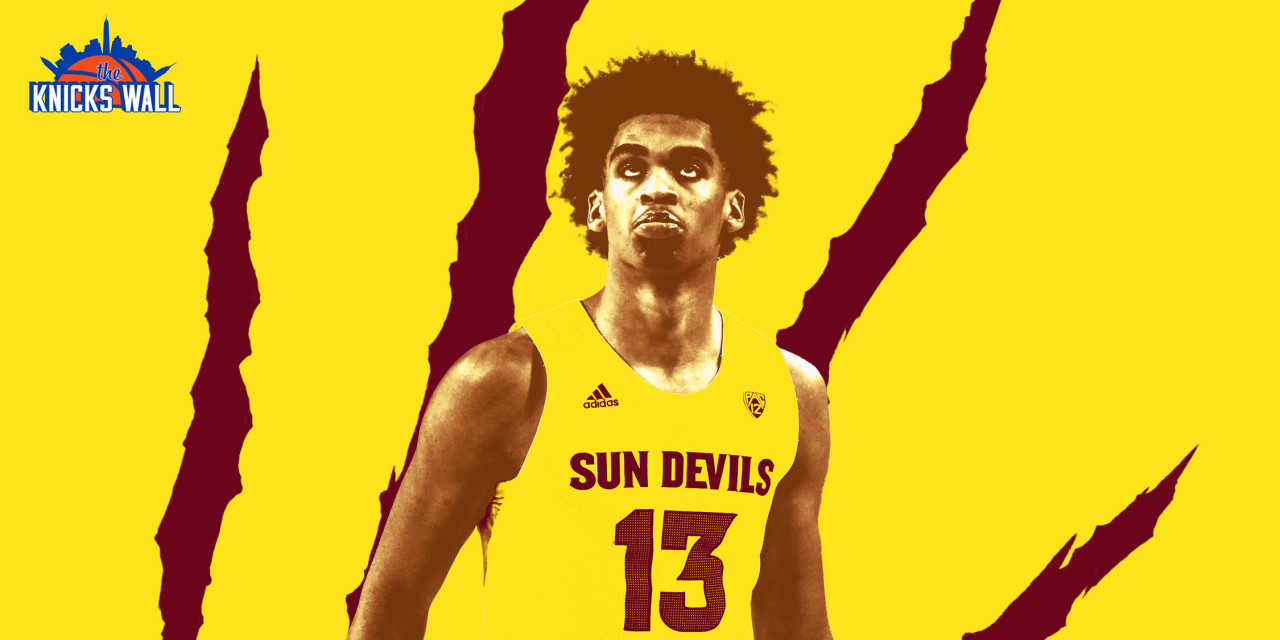 Josh Christopher, also known as “JayGup,”  is one of the most intriguing prospects in this draft. The 6-foot-5 shooting guard from Bellflower, California, played ball at Mayfair High School in nearby Lakewood, where he absolutely dominated, averaging north of 25 points per game in his sophomore, junior, and senior seasons while leading his team to the California Division 2AA Championship his junior year, per the Palm Springs Desert Sun.

Christopher was a five-star recruit coming out of high school and ranked 11th in the 2020 ESPN 100. He ultimately ended up passing on basketball powerhouses UCLA and Michigan to play at Arizona State with his brother Caleb. Christopher is the highest-ranked recruit to ever don the Sun Devils uniform and the first five-star recruit to attend Arizona State since James Harden, per ESPN.

After one season at Arizona State, the 19-year-old decided to forgo his final three years of eligibility and enter the 2021 NBA Draft. It was a disappointing season for the Sun Devils, who had won 20 games the previous three seasons but finished ninth in the Pac-12 with an 11-15 record. Christopher was solid, averaging 14.3 points, 4.7 rebounds and 1.5 steals on 43% shooting, but didn’t quite make the impact on the program many would have hoped.

Christopher is expected to be a second-round pick, who could sneak into the latter half of the first round due to his tremendous upside and athleticism.

One of Christopher’s main claims to fame is his bounce and athleticism, which will translate to the NBA quite well. His athletic prowess allows him to get to the rim and elevate over defenders both in the paint and while shooting jumpers. His leaping ability makes him a good rebounder from the guard position and allows him to be solid at contesting threes, something that is particularly important in today’s NBA where perimeter shooting is at an all-time high.

Josh Christopher is also long with a 6-foot-8 wingspan, which allowed him to disrupt a lot of passing lanes in college (1.5 steals per game) and will bode well for him in the NBA. It wouldn’t hurt him to add some muscle, but Christopher’s body is NBA-ready.

Additionally, watching Christopher’s high school highlights and his time at Arizona State, I noticed he is always smiling and you can tell he has a joy for the game of basketball. There have been frequent criticisms of certain guys in the NBA being indifferent about the game and not really seeking to improve. Christopher is high energy on both ends of the floor and approaches his craft with enjoyment coupled with appropriate intensity, which cannot be taught.

Whoever ends up with JayGup will have an athletic guard with tremendous upside who will work hard and uplift his teammates.

Despite Christopher’s shooting guard label, he still struggles to find a consistent rhythm from behind the arc, as he shot only 30% from three in his lone season as a Sun Devil. His shooting motion is a little deliberate and awkward and this could be an issue at the next level against bigger and more aggressive perimeter defenders.

Christopher also struggles with decision-making at times, as most 19-year-olds do. The guard’s court vision isn’t quite where it needs to be yet and has a tendency to be a ball stopper and try and do too much by himself when he should be distributing the ball and taking what the defense is giving him.

These issues are correctable at the next level and the belief is Christopher has the potential and drive to improve on his shortcomings and become a more fluid and versatile offensive threat.

One former NBA player that comes to mind is Nick Young. I know a lot of us remember Young in his Lakers days as a goofy and undisciplined bench player, but back when he was in Washington, “Swaggy P” was a bona fide 16-17 points per game guy who could erupt at any given moment. I do believe Christopher is a more bouncy and focused version of Young, but similarities in their movements, strengths are evident to me.

Another guy that I think of when analyzing Josh Christopher is Terrence Ross. Both Ross and Christopher can jump out of the gym and have insane potential. The 30-year-old Ross has never been able to fully break through offensively, in my opinion (aside from his 51-point outing a few years back), due to his league-average three-point shooting ability. If Christopher can improve his shooting to a decent clip, I envision him being an even more productive player on both ends of the floor, as he has more defensive potential than Ross.

Although I love Christopher’s game, I do not believe he will be selected at 19 or 21 by the Knicks. If he is available at 32, the Knicks should take a flyer on him. Yes, the Knicks need knockdown shooters and I know that Christopher has a long way to go in that department, but the energy and the hunger are there and I believe the talent and upside are too high to pass on. Christopher seems like he and his big personality would thrive in an atmosphere like the Garden.

The guard will be a project and will likely not make an immediate impact on the Knicks if they select him, but Christopher does have youth on his side and can be a nice bench piece to spell R.J. Barrett on the wing, especially if the former Sun Devil can improve his efficiency and shooting ability.

»READ: Moses Moody and the allure of 3-and-D prospects

»READ: 3 international prospects the Knicks should target in the 2021 NBA Draft