Could Tre Mann Be a Missing Piece to the Knicks’ Future Backcourt? 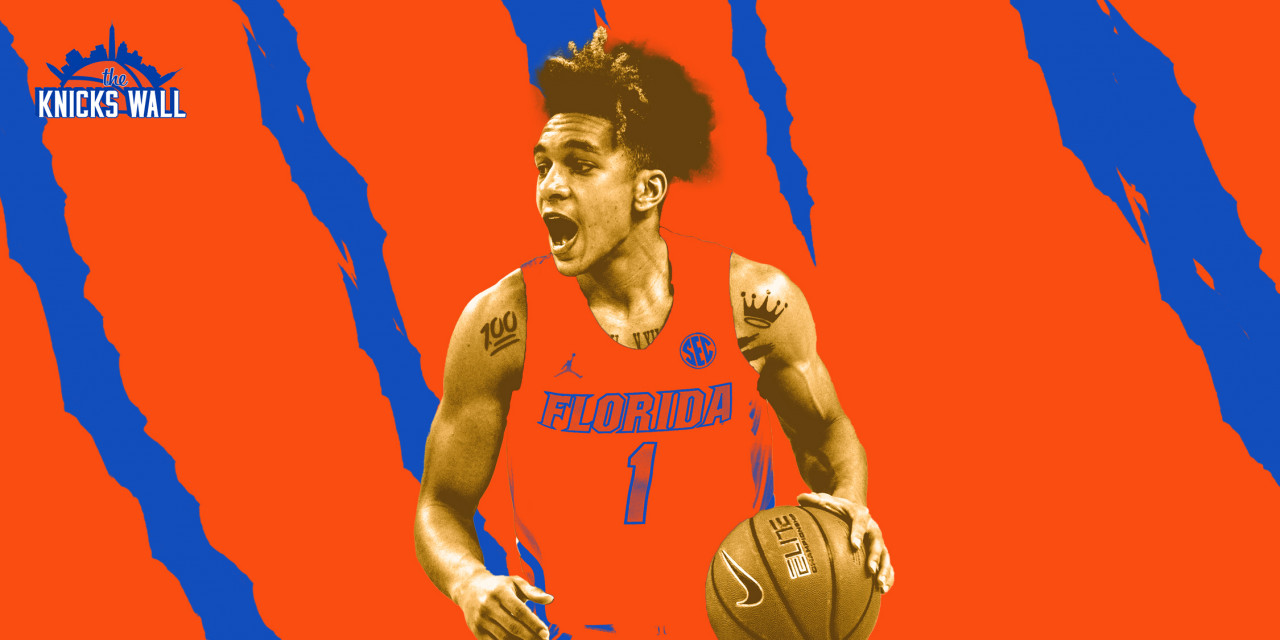 Florida point guard Tre Mann is very much in range for the Knicks in the first round of the NBA Draft, and his pick-and-roll expertise would be most welcoming.

The 2021 NBA Draft is just two weeks away, and with the New York Knicks possessing three picks in the top-32, the assumption is that they will use at least one of those picks to help their shallow backcourt. Even if New York trades for Collin Sexton or signs Lonzo Ball, the organization should still be looking to draft guards, as you can never have enough of them in today’s NBA.

With these three picks at 19, 21, and 32, the Knicks will likely be looking at tier two or tier three guard talent. Luckily for them, the 2021 draft class is filled with value in this range, as several prospects could be contributors on the team immediately.

One of these guard prospects that has tremendous value is Florida point guard Tre Mann. Mann, who’s 20 years old and just finished up his sophomore season, will likely be a mid-to-late first-round pick. While the 6-foot-4 guard may fall through the cracks on several NBA draft big boards, I think that he could be the perfect fit for New York with one of their picks.

Let’s jump into the strengths and weaknesses of Mann as a prospect.

When scouting prospects, it’s very rare to see offensive talent like Mann’s. Usually, a prospect has his strengths as a scorer/shooter but isn’t good at nearly every single type of shot. However, Mann is in the rare category of players who has a wide variety of shots in his arsenal.

As you can see in the breakdown of Mann’s shooting profile above, he ranks in the 79th percentile amongst all college players in jump shots. However, the more impressive stat is all the way at the bottom of the chart. Mann ranked in the 90th percentile in jump shots off the dribble.

Mann can also hit jumpers from all over the court, as he shot 40.2% from three, and also ranked in the 82nd percentile in jump shots from 17 feet to the three-point line (long twos), per Synergy.

After watching the Knicks playoff series against the Hawks, it’s clear that the Knicks need a guard who can create his own shot. Clearly, Elfrid Payton was never that guy, and Derrick Rose, while playing great in the playoffs, can’t be that guy full-time. Rose fits better as a sixth man at this stage of his career. A player like Tre Mann would give the Knicks a point guard who can create.

Tre Mann has very few games where he doesn’t hit shots off of hard creation. At Georgia is not one of those games where he isn’t showing his elite shot creation. Such an unreal bag pic.twitter.com/ij7udhCIcV

The next part of Mann’s offensive game that will translate to the NBA is his floater/runner. Per Synergy, Mann ranked in the 75th percentile out of all college basketball players in runners.

The floater is an extremely important shot in the NBA game, as the Knicks have seen with Immanuel Quickley having so much success as a rookie. Trae Young destroyed the Knicks in the playoffs with a floater, and of course, James Harden has thrived off the floater for years now.

Tre Mann rejects screen and creates a window for the soft floater with steady body control and also initiates a *slight bump* of contact pic.twitter.com/tN4V84QN42

Mann also can get to the rim with ease. Although he ranked in the 45th percentile in shots around the basket, Mann shot 28.1% of his attempts “around the basket,” per Synergy. His finishing could definitely be improved at the rim, but he does often draw contact, as he got to the line 3.7 times per game in his sophomore season.

The versatility of Mann’s offensive game is one that you don’t see too often from a prospect, especially one who’s projected to be drafted mid first round.

As an NBA point guard, one of the most important skills is being able to run the pick-and-roll effectively. Mann has plenty of experience with this in college, as he ran the pick-and-roll on 41.4% of the time on offense, per Synergy. In these possessions, he thrived, ranking in the 88th percentile in PnR scoring, and ranking in the 92nd percentile if you include passing.

In order to maximize effectiveness in the pick-and-roll, a point guard must have a good floater. Mann has this, as mentioned before, and it’s a major reason for his success here.

In the Knicks playoff series against the Hawks, the PnR was impossible to stop because if New York stayed glued to Clint Capela, Young would lay it in easily or just hit a floater. If the Knicks closed on Young, he would lob it to a wide-open Capela. Finally, if the Knicks gave Young too much space, he would just hit the open jump shot.

Love this prep into this floater. Jab, reject the screen and great use of that space with in & out to confuse the big & draw him out to defend line. Sets the table for floater against the grain beautifully. Liking Tre Mann's handle & touch a bit more every day! Fun prospect. pic.twitter.com/oNL4Hq9F6q

While Tre Mann isn’t as good as Trae Young, there are some striking similarities between them, and how they run the pick-and-roll. If Mitchell Robinson is in the Knicks’ future plans, then a PnR with him and Mann could be lethal.

Due to the versatility on offense and an NBA skill set, Mann’s ceiling is extremely high, much higher than several of the other prospects that will probably be taken around him.

Mann’s rapid improvement is something that I expect to continue into the NBA. It wouldn’t surprise me if he ends up being a top-10 player in this draft class.

Mann doesn’t have many weaknesses in terms of his actual basketball game, but he does have physical limitations that could hold him back a bit in the NBA. The first is that he’s not that quick. He tends to play a bit slow when running the offense, and it sometimes almost seems like he’s playing in slow motion. Additionally, Mann didn’t participate in any of the NBA Draft Combine agility drills, which further backs up this observation.

In college, this didn’t have much of an effect on his actual performance. However, the NBA is a lot faster of a game, and every single player is infinite times more athletic. This makes it slightly concerning that some of the offensive plays he made in college wouldn’t work as well at the NBA level.

Despite athletic concerns, skill and shot-making matter a lot more, and if he can still make shots, this won’t be that big of a deal for him at the next level. Furthermore, Mann’s 6-foot-4 height could help him with some of these athleticism concerns.

At the NBA Draft Combine, Mann fit into the rare category of his wingspan being shorter than his actual height. As several NBA front offices weigh things like this rather significantly, it could be a reason why he drops into the 20-30 range in the draft. Mann was officially listed with a height of 6’4.25″ and a wingspan of 6’4″.

While I don’t see this being much of a concern on offense, it could present problems on defense. A shorter wingspan means less defensive versatility and a lower ceiling on defense.