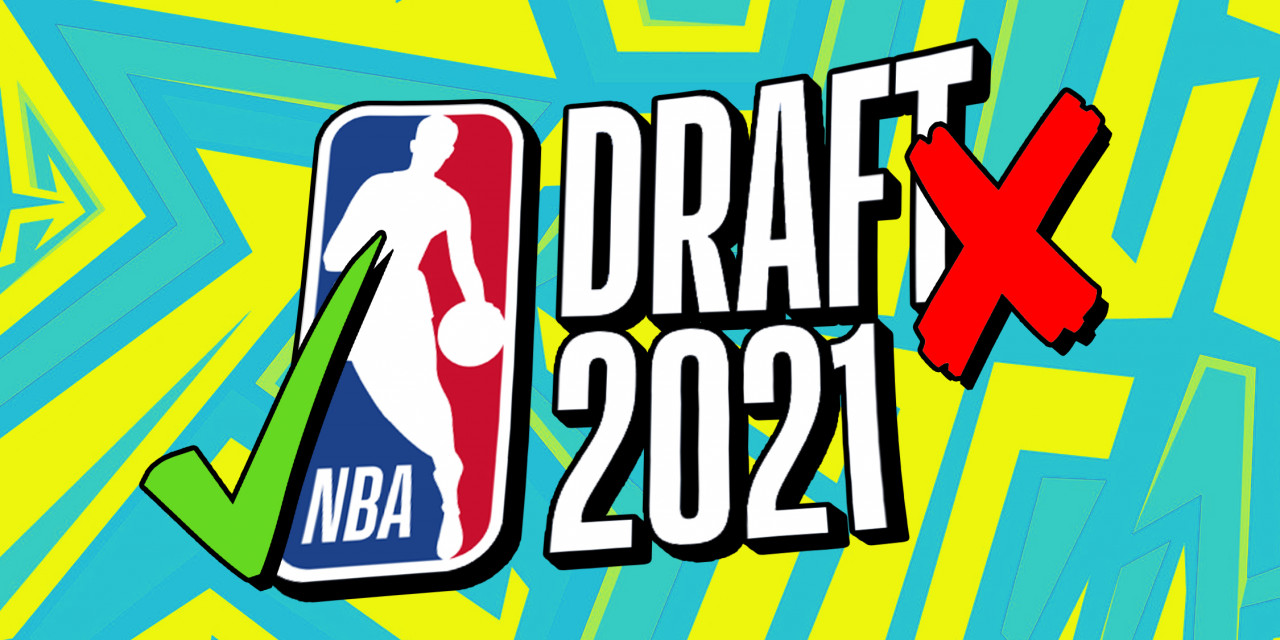 The Knicks have four picks entering the 2021 NBA Draft. Here are some suggestions for what they should and should not do on draft night.

Draft day is finally here, and it’s a big one from the New York Knicks. With four picks—nos. 19, 21, 32, and 58—New York’s goal should be to get multiple players who can help not only improve the roster immediately but also for the future. That being said, here are my dos and don’ts for the Knicks in this draft.

The Knicks are lucky enough to have three top-32 picks in one of the deepest drafts in recent memory. They have the opportunity to capitalize on that in a big way. The 2021 NBA Draft has drawn comparisons to 2018, and even 2003, with the amount of talent it has.

The top four picks in the draft are likely to be Cade Cunningham, Jalen Green, Evan Mobley, and Jalen Suggs, all of whom have a very good chance to become All-Stars. It’s as strong as a top four as I can remember, but in my opinion, after that, there’s a huge drop-off. The difference between picks 5-10 and 11-21 isn’t that significant. There are just so many players in these ranges that will likely be immediate contributors to some very good teams.

This is why it’s important that the Knicks acknowledge this, and make picks at 19 and 21 rather than pooling both or more to move up 5-7 spots. It’s just not worth it since there are so many good options.

After much thinking over the past weeks, I’ve come to the conclusion the Knicks need to keep both 19 and 21.

Above is my list for the Knicks at picks 19 and 21. If the Knicks are able to get two of Sharife Cooper, Nah’Shon “Bones” Hyland, Chris Duarte, Cam Thomas, Tre Mann, Trey Murphy III, and Jared Butler, it’s a tremendous win for them. Probably half of these guys will go before the Knicks pick at 19, but none of them are worth trading up for when you can just take whoever is available. All are good options.

The Knicks aren’t currently in the position where one player is going to make a significant difference. They still need to add multiple good players to the roster, especially with Reggie Bullock, Alec Burks, Derrick Rose, and Nerlens Noel about to become free agents.

There definitely will be a team selecting at the back end of the lottery that will try and trade down with the Knicks, but New York needs to resist that trade. The only scenario where it would make sense for the Knicks to trade one of these picks is for a proven player in the league, such as Collin Sexton.

The bottom line is that the Knicks need to end up with three players in the draft.

A fatal flaw for the Knicks in the postseason was that Derrick Rose and Alec Burks were their main shot creators. Randle was getting double or triple-teamed, R.J. Barrett couldn’t get going most of the series, and all that was left was Rose and Burks, both of whom are free agents. Even if Rose and Burks return, the Knicks need more creators.

Looking at the list of the seven players mentioned before, all of them but Murphy are shot-creating guards. Cooper averaged 20.2 points and 8.1 assists in 12 games as a freshman, and despite the fact that his shooting percentages were poor, it was a small sample size and the stats speak for themselves. All these players averaged at least 16 points per game in college this past season. Duarte, Mann, and Butler all shot greater than 40% from beyond the arc. It’s easy to see why any of these players are good options.

Additionally, in the modern NBA, you can never have enough shooting wings. We saw the Atlanta Hawks and Phoenix Suns load up on shooting wings, and it worked beautifully in the playoffs. With Randle and Barrett as the current core, floor spacing is extremely important, and more shooting wings would be extremely helpful for that.

The best shooting wing target for the Knicks should be Murphy, a 6-foot-9 junior from Virginia. Murphy’s name has skyrocketed up boards within the last couple of weeks, but if he’s still available at 19 or 21, New York should go in his direction. He averaged 11.3 points per game on only 7.6 field-goal attempts per game in 2020–21. He also shot 43.3% from three on 4.8 attempts per game and shot 92.7% from the free throw line. Murphy has drawn comparisons to Cam Johnson, who as we just saw, was a major key to the Suns’ Finals run.

If the Knicks can get a shot-creating guard and shooting wing in this draft, it would do wonders for the roster.

This seems obvious after the last “DO,” but the Knicks shouldn’t leave this draft with multiple bigs. In fact, I’m on the fence about the Knicks taking any bigs in this draft at all. With Randle, Obi Toppin, and Mitchell Robinson, there isn’t much of a need for the Knicks at big. The only need would be backup center, which the New York can address in free agency by re-signing Taj Gibson and signing another cheap center like they did last offseason with Noel. Of course, the Knicks can also just re-sign Noel, depending on the price.

There are just several other bigger needs for the Knicks than big man, so it wouldn’t make sense to use more than one pick, if any, on a big.

The Knicks’ draft strategy was flawed in 2017 and 2018, as they selected Frank Ntilikina and Kevin Knox both based on age and potential. However, that changed in 2020 under Leon Rose and Tom Thibodeau as they drafted Toppin and Immanuel Quickley, two players who were players of the year in their college conference, and a bit more experienced. It’s clear that at least the Quickley pick was very good, and Toppin improved tremendously from the start of the season to the playoffs.

The Suns have made a great example of this drafting Mikal Bridges in 2018 and Cam Johnson in 2019. Bridges was 22 when he came into the league while Cam Johnson was 23. However, both players have been very effective early in their careers and were major contributors on an NBA Finals team already. This is what the Knicks should be looking for.

For example, Murphy is 21, Butler will be 21 by the 2021–22 NBA season, and Duarte is 24. However, all three likely have a very high floor and will be useful immediately.

You don’t always have to draft a player with superstar potential. If a player you draft turns into a very productive role player, (especially at picks 19 and 21) that’s a big win.

Tune into TKW’s Twitter Spaces show already the 10th pick in the first round as we go live to talk about the draft.

»READ: Josh Christopher’s athleticism and charisma make him a no-brainer for the Knicks