Is Jalen Duren More Than a Rim-Running Big Man? 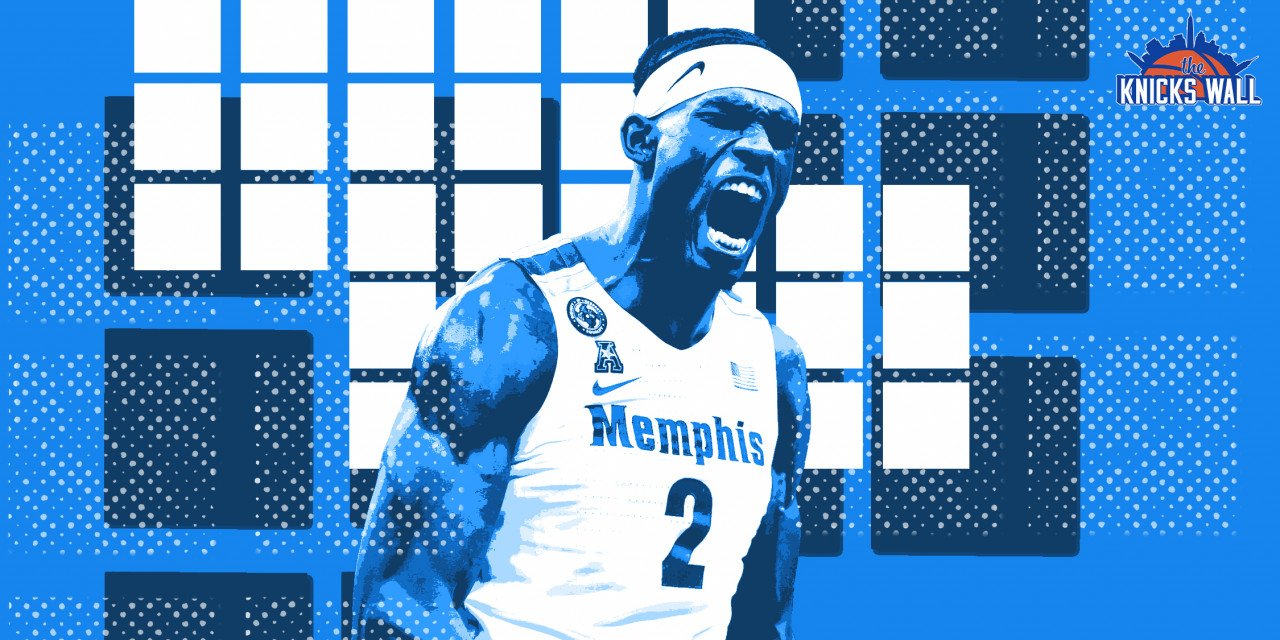 With a looming decision on Mitchell Robinson hanging over the Knicks’ heads, could Jalen Duren be their next lottery pick in the NBA draft?

When it comes to the NBA draft, everything gets analyzed to a microscopic level, and every edge helps. Whether it’s an inch more on a vertical leap or decimal points off of a shuttle run, every possible statistic, accolade, and resume bullet point gets taken into account. For Jalen Duren, the edge that separates him from every college player since the one-and-done rule was implemented in 2005 is his age.

By the time the NBA Draft rolls around in June, Duren, at 18 years and 217 days, will not only be the youngest draft prospect in his class, but he will also be the youngest-ever player drafted out of college in this one-and-done era. The Memphis Tigers product doesn’t turn 19 until November.

For reference, Giannis Antentokounmpo (2013 draft class) and Sekou Doumbouya (2019) were slightly younger than Duren when they were selected, but they were already playing in European leagues and did not have to go through the college red tape.

Duren, a 6-foot-11, 250-pound center from Sharon Hill, Pennsylvania, was widely considered the no. 1-ranked prospect nationally in the high school class of 2022. However, he decided to reclassify to 2021 and enroll early to get a jump-start on his college career and attend Memphis.

He had a bit of a slow start, but eventually adjusted and settled in. Duren averaged 12.0 points, 8.1 rebounds, and 2.1 blocks per game while shooting 59.7% on the floor. He was named the American Conference’s Freshman of the Year and he earned first-team all-conference and All-Freshman nods. This year’s draft class features lots of talented big men, and the Memphis standout is one of the most intriguing ones.

With his age, there’s no doubt Duren is young and will be a raw prospect. But he is one that could be a long-term building block for the New York Knicks. Here’s what we can expect from him moving forward.

Rim protecting/rebounding: His shot-blocking has been his best asset since an early age, and it’s translated at every level of the game as he’s grown and matured. Duren led the AAC in blocks this past season. He has the frame and tools to succeed at anchoring the paint, with the mental instincts and basketball I.Q. to boot.

Duren has a strong build and is physical inside, but he’s far from stiff. He’s fluid with his movements and is an explosive athlete, which makes him even more imposing. The Memphis star covers a lot of ground and has good anticipation for what his opponent will do. He can take on opponents one-on-one, swoop in to give help at the right time, or get a block from behind. Even if he can’t block the shot, his 7-foot-5 wingspan and leaping ability make it difficult for opponents to finish at the basket.

Jalen Duren is my favorite big man in this draft class.

Big time shot blocker and an excellent P&R roll man. Another bonus is that he's a natural screen setter.

I see a perfect OKC or Blazers fit with him. The idea of a pick-and-roll set with Giddey and Duren is very intriguing pic.twitter.com/F4tXpnZNln

Even when he gets switched onto a guard, he stays on his feet and doesn’t bite on many moves, so it isn’t a guarantee to easily skate by him when Duren is drawn into open space.

Aside from that, Duren is a hard worker on the glass. This especially showed towards the end of the season when he averaged a double-double over the final seven games.

If he’s inside and up close, Duren is going to try to jam the ball in. This is where his rebounding instincts also come into play. Duren feasts off of putbacks and second-chance opportunities.

According to KenPom, he had an offensive rebounding percentage of 14.1%, which placed him in the top 35 for the highest rate in the country. But it’s not just brute force: whether it’s a slam, a finesse finish off the glass, or a tip-in, Duren can get it done.

He also moves well in transition. Whether it was an alley-oop attempt or a straight-up finish, he capitalized on filling his lane and getting out in the open floor, finishing 80% of his transition opportunities.

Playmaking: It isn’t exactly a strength—yet—but it’s far from a weakness. There’s still room for growth in this area, but it’s worth noting that Duren doesn’t suffer from tunnel vision and sees the floor well, dumping off to his teammates, completing bounce passes, or kicking it out to the corner for three.

He’s a good passer out of the post and can read and react to situations. There are times that the decision-making could be better, but his passing ability is a nice wrinkle to add to his game and an important piece that will help him carve a role for himself at the next level. He averaged 1.3 assists and 2.2 turnovers per game this past season, per ESPN Stats.

Limited scoring range: There’s no doubt he’s an imposing force in the paint on both ends of the floor, but outside of it, he becomes less of a threat, especially on the offensive end.

Duren definitely fits the mold of the old-school big man, rather than the stretch bigs that run rampant in today’s NBA, where it feels like everyone can shoot threes. He won’t be drilling perimeter shots anytime soon. It is an area that can be developed and refined, but it will be a project. If Blake Griffin can add a three-point shot to his arsenal, maybe Duren can too.

However, Duren did flash a mid-range shot, and he was comfortable pulling up at various points of the season. His mechanics weren’t bad, but he needs to develop more confidence and consistency in his shot.

For now, he’s one-dimensional on the offensive end until he can develop his skills to be a bit more well-rounded. This will affect a team’s ability to get maximum spacing on the floor.

Post-up game needs polish: His athleticism and physicality can only take him so far. Sure, he can dunk at a high rate, but when it comes to backing down his opponent or his footwork in the post, there’s still room for improvement.

He doesn’t have too many moves that allow him to get that optimal angle to finish over either shoulder. Against Gonzaga, Duren did have a couple of highlight poster dunks, but don’t let that distract you from Chet Holmgren limiting him to seven points on 3-of-11 shooting.

Free-throw shooting: This one is pretty straightforward. Duren shot just 62.5% from the free-throw line this past season, and he’ll need to improve on that.

Duren is likely to go in the top 10 or be a late lottery pick in this year’s NBA Draft. His play has drawn comparisons to Andre Drummond, DeAndre Jordan, Clint Capela, and even Dwight Howard.

He’s a pretty difficult prospect to gauge. His youth is both a blessing and a curse. There’s obvious room for improvement in his game, and his young age presents teams with an opportunity to mold him and time to do so. But will teams want to take on that project?

His defensive ability, rim protection, and athleticism will likely get him some minutes right away, but if he can foster a jump shot and unlock his game, watch out. A team that can get him to expand his game will strike gold.

For the Knicks, he might be worth a look depending on what they plan on doing with Mitchell Robinson—another athletic, explosive big man with a penchant for defense. If they choose to pay Robinson, that’s one thing, but if they let him walk, Jalen Duren could, in some ways, be a readymade replacement.