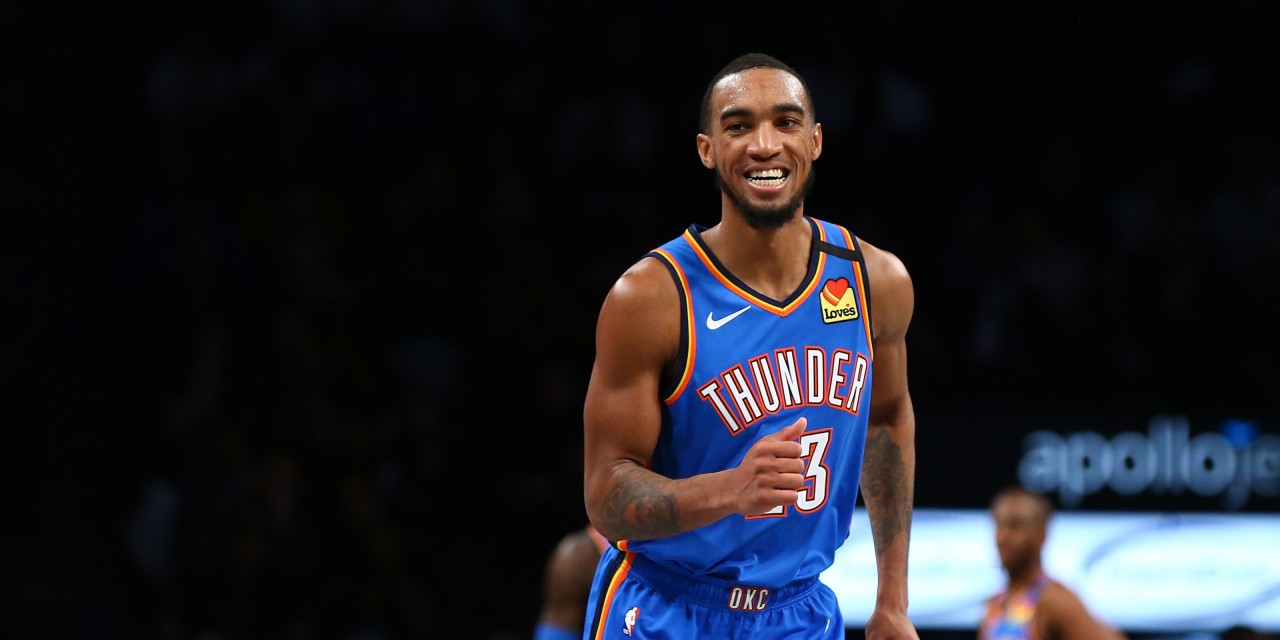 The New York Knicks have agreed to a three-team trade with the Oklahoma City Thunder and Philadelphia 76ers to acquire 22-year-old shooting guard Terrance Ferguson from Philly with veteran guard Austin Rivers going to the Thunder, per ESPN’s Adrian Wojnarowski, ahead of the 3 p.m. NBA trade deadline. Former second-round pick Ignas Brazdeikis is going to the Sixers.

Knicks head coach Tom Thibodeau had not used Austin Rivers, 28, since the second week of February, where the journeyman guard played in two consecutive garbage-time stints of two minutes each against the Washinton Wizards and Houston Rockets. Despite two early-season offensive explosions against the Utah Jazz along with a small yet stable role in Thibodeau’s rotation, Rivers soon lost favor when New York acquired Detroit Pistons guard Derrick Rose, who, combined with rookie guard Immanuel Quickley, formed the team’s second unit backcourt. Even as Rose missed time (he hasn’t played since the end of February) recovering from COVID-19, Rivers never reentered the rotation.

Knicks also send Iggy Brazdeikis to Philadelphia in the three-way deal, per sources.

Signing a three-year, $10 million deal with the Knicks last offseason, Rivers only agreed to guarantee his contract in the first year, with the second and third years nonguaranteed by team president Leon Rose. Now Rivers finds himself on the rebuilding Thunder franchise, who could very well waive the guard.

Rivers is rumored to be connected with the Milwaukee Bucks, an Eastern Conference powerhouse searching for a replacement backup point guard after dealing away D.J. Augustin in the trade that netted them Houston Rockets veteran forward P.J. Tucker. ESPN’s Zach Lowe mentioned the Rivers-to-Bucks rumor earlier this week ahead of the trade deadline.

The 21st overall pick in the 2017 NBA Draft, Ferguson, a 6-foot-6 swingman, has only appeared in 13 games for the Sixers in 2020–21. Spending his first three NBA seasons in OKC (he landed in Philly in the Al Horford trade), Ferguson in his career has averaged 4.5 points and 1.3 rebounds in 19.6 minutes per game.

Ferguson, a Tulsa native, opted to play overseas before heading to the NBA, forgoing several recruiting college programs. He played in the NBL prior to becoming a first-round pick by the Thunder four years ago.

Brazdeikis starred for the Westchester Knicks G League affiliate of New York, including several highlights in the bubble, which has concluded. Brazdeikis did not play for the Knicks after returning from the bubble.

Newsday‘s Steve Popper reports that Philadelphia is sending its 2021 second-round pick to the Knicks in the three-team deal.

Hearing that the Knicks are also picking up Philadelphia's 2nd round pick this year in the Rivers-Brazdeikis 3-way deal.

PhillyVoice’s Kyle Neubeck reports Vincent Poirier is going to New York along with Ferguson and the second-rounder.

Vincent Poirier is getting waived, according to Wojnarowski:

The Knicks are planning to waive 7-footer Vincent Poirier, who arrived from Sixers in the three-team deal with Oklahoma City, sources tell ESPN.

UPDATE: Both Ferguson and Poirier were waived by the Knicks, per the New York Times‘ Marc Stein. New York, in essence, traded two non-rotation players (Rivers, Brazdeikis) for the Sixers’ second-round pick this year and another second-round pick unlikely to convey due to a heavy protection.

This story is developing and will be updated. Please return and refresh to see the latest details.