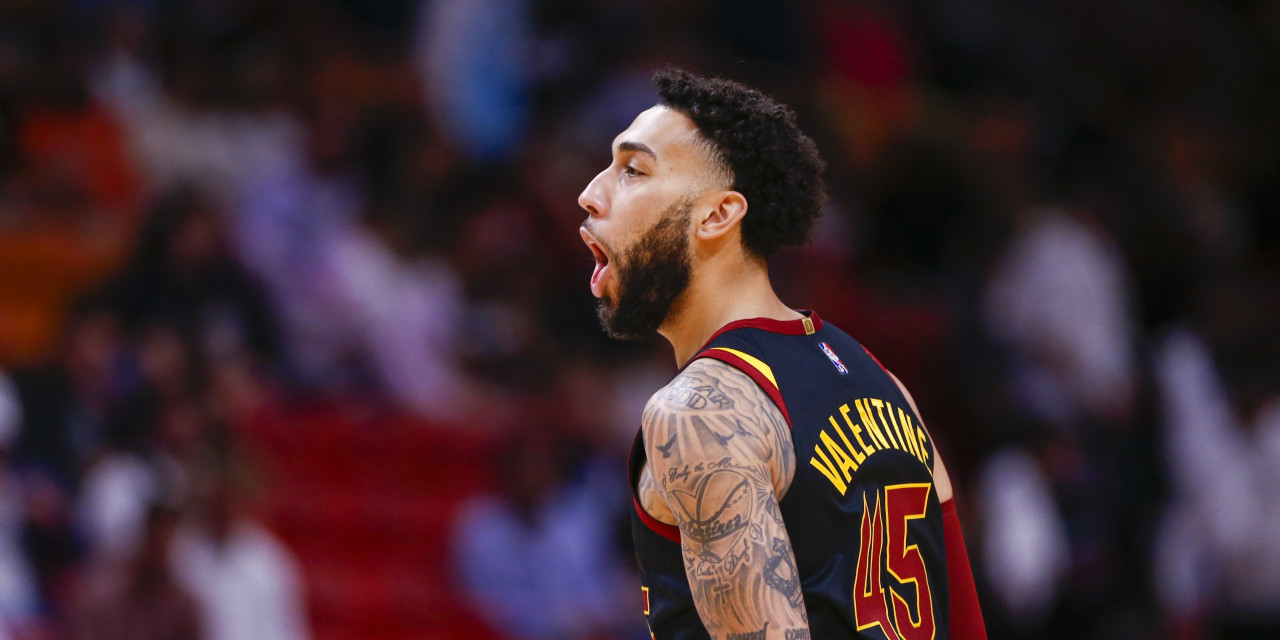 The Knicks add former Michigan State star Denzel Valentine and cash to facilitate a three-team trade with the Lakers and Cavs.

The New York Knicks are acquiring Cleveland Cavaliers swingman Denzel Valentine as part of a three-team trade that sends veteran guard Rajon Rondo from the Los Angeles Lakers to the Cavs, according to Shams Charania of The Athletic.

Valentine, 28, was a first-round pick by the Chicago Bulls in the 2016 NBA Draft out of Michigan State, where he struggled to find his footing as a rotation player, eventually joining the Cavs last offseason on a minimum contract. His career season, in 2017–18, saw the 6-foot-4 shooting guard averaging 10.2 points, 5.1 rebounds, and 3.2 assists in 27.2 minutes per game, appearing in 77 contests and making 37 starts for the Bulls.

The Lakers are keen on sending Rondo, who won a championship with the club in 2020 before leaving the following season and returning this year, to Cleveland.

The Knicks are currently mired in a stretch without their top players; starting frontcourt Julius Randle and Mitchell Robinson are in COVID-19 health and safety protocols; Kemba Walker has missed the past two games after appearing in six straight following his 10-game benching, averaging 19.3 points and 5.3 assists in the 4-2 showing; and Derrick Rose is out for a month-plus after undergoing ankle surgery. New York signed several players to 10-day contracts, including one-time second-round selection Damyean Dotson, and the other day they signed former Villanova star Ryan Arcidiacono to a 10-day deal.

According to ESPN’s Adrian Wojnarowski, the Knicks are acquiring Valentine and $1.1 million for the draft rights to several players.

None of the draft-rights players are expected to play in the NBA, and essentially Knicks pocket $1.1M to jump on today's trade call with the Cavaliers-Lakers in the Rajon Rondo deal. https://t.co/244ZasxFzk

Wojnarowski adds that the Knicks may release Valentine or decide to give the former lottery pick a chance to compete on the roster.

The Knicks add another body to their roster with other players, such as Nerlens Noel, Jericho Sims, and Wayen Selden Jr., out in COVID protocols. After winning three straight games, they ended the calendar year with a loss on New Year’s Eve in Oklahoma City, and they lost in Toronto yesterday.

The Knicks announce a 3-team deal is completed with the Lakers and Cavaliers, and they’ve acquired Denzel Valentine.

The Knicks have waived Valentine today, too, per Charania: