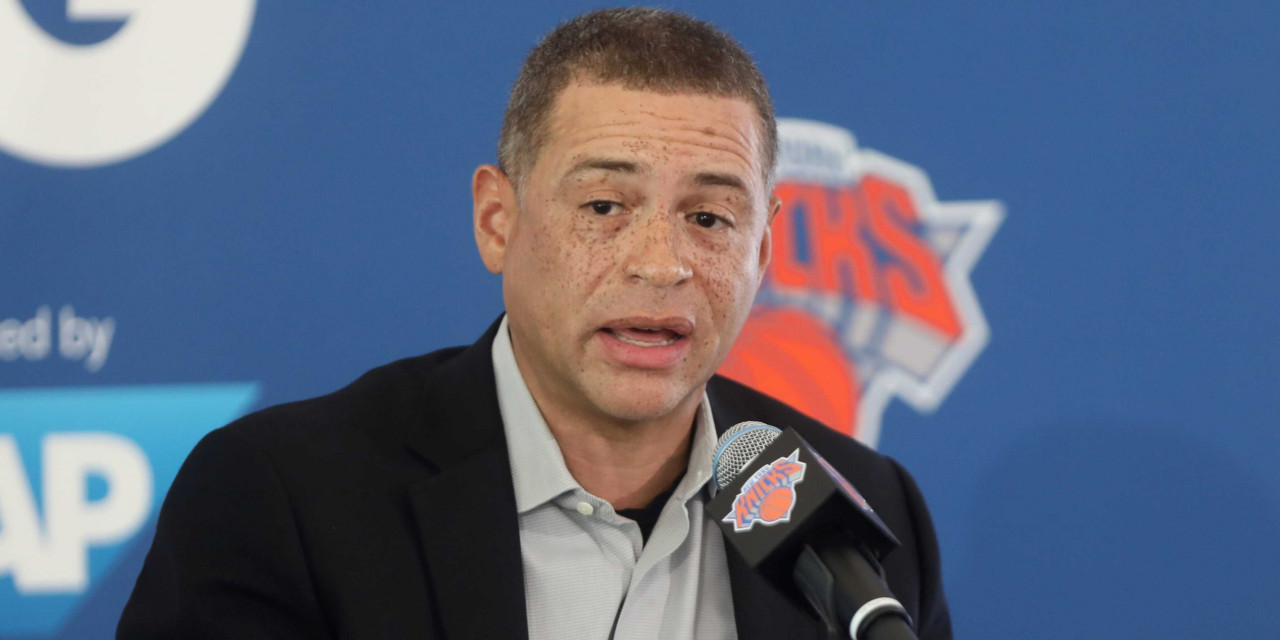 Knicks general manager Scott Perry will have his contract extended for multiple years. He has served as GM since 2017.

The New York Knicks have made their first move of the 2021 offseason: extending the contract of general manager Scott Perry. The move was first reported by Shams Charania of The Athletic.

The New York Knicks are signing GM Scott Perry to a contract extension, sources tell @TheAthleticNBA @Stadium. Perry was on an expiring deal after being hired by New York in 2017. He led the signing of Most Improved Player of the Year Julius Randle in 2019.

Perry first arrived in New York in 2017, serving as GM under team president Steve Mills. He retained his role under new team president Leon Rose, who was hired briefly after Mills’ firing in 2020. Perry signed a one-year extension shortly after Rose’s hire and will now be extended for multiple years, according to SNY’s Ian Begley.

Before taking the job with the Knicks, Perry worked in the front offices of the Detroit Pistons, Orlando Magic, and Sacramento Kings. He was hired after the unsuccessful tenure of Phil Jackson’s presidency of the Knicks and was expected to assist Mills in rebuilding the Knicks.

The Perry-Mills pairing yielded neither excitement nor success in Madison Square Garden. After dealing away franchise cornerstone Carmelo Anthony, and later dealing away franchise cornerstone Kristaps Porzingis, Mills and Perry oversaw three losing seasons. Although they set the table for Rose to inherit a team with salary-cap flexibility and an excess of draft picks, their time together created some of the most miserable years of Knicks basketball.

Weighing Perry’s impact on the Knicks is mainly dependent on who the president above him is. Seeing the team’s rapid improvement in the first year of the Rose administration suggests the failure in the prior years was mainly the fault of Mills. The Mills-Perry tandem’s primary blunders of hiring David Fizdale as head coach and drafting Kevin Knox ninth overall in 2018 set the franchise back. But they also put in place Julius Randle via free agency and R.J. Barrett via the draft, the two players who led the Knicks during their surprisingly successful 2020–21 campaign.

The period between Mills’ firing and Rose’s hire (roughly a month) was the only instance in which Perry was the head honcho of the Knicks’ front office. The lone move he made in that time was a three-team trade that offloaded Marcus Morris, a veteran with an expiring contract, to the Los Angeles Clippers and netted the Knicks one first-round pick and two second-rounders.

Now, Perry will continue to be a part of Rose’s front office and oversee the Knicks’ resurgence as a respectable team and franchise. The decision-making abilities of Rose and Co. will be put to the test once again next Thursday at the 2021 NBA Draft.

It’s a two-year contract extension for Scott Perry, according to Stefan Bondy of the New York Daily News:

It’s a two-year extension for Scott Perry, according to a source. https://t.co/Newi9M4Uam

READ: Scott Perry and what’s next for the Knicks GM position