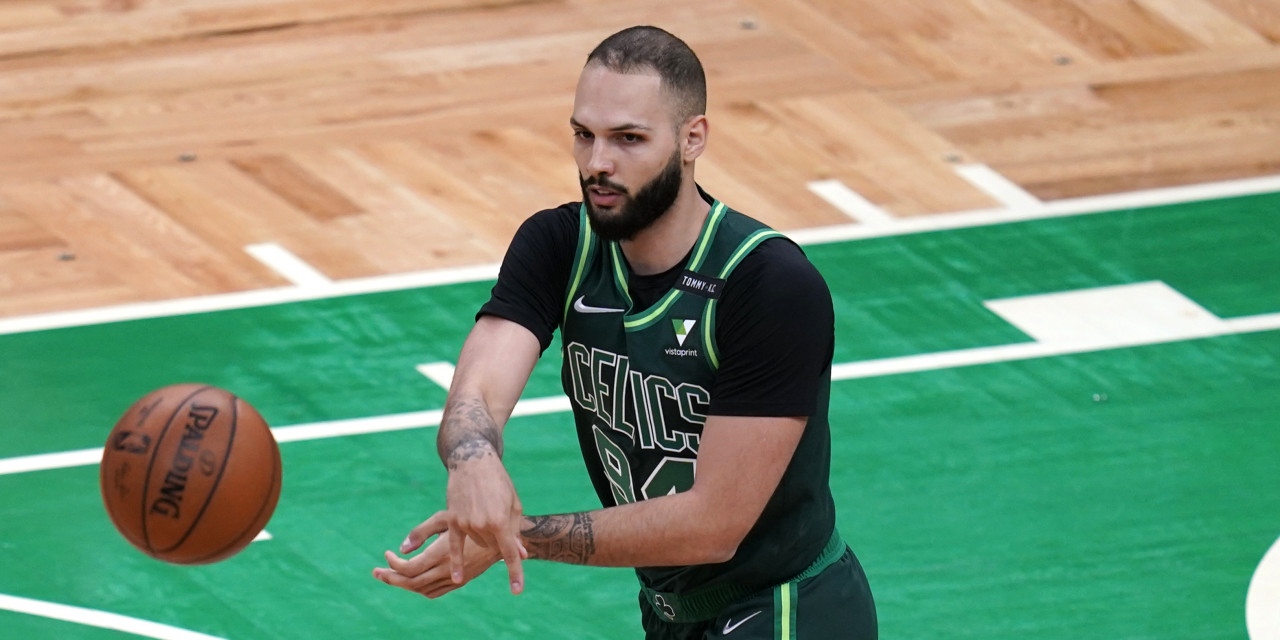 French swingman Evan Fournier, competing overseas at the Olympics, agreed to a multi-year contract with the Knicks in free agency.

The New York Knicks decided to part with four-year guard Frank Ntilikina when they opted not to extend his qualifying offer, making him an unrestricted free agent; however, the Knicks instead will sign his French national teammate, Evan Fournier.

According to ESPN’s Adrian Wojnarowski, Fournier and the Knicks agreed to a four-year, $78 million contract two hours into NBA free agency on Tuesday.

Free agent Evan Fournier has agreed to a four-year deal that could be worth as much as $78M with the New York Knicks, source tells ESPN.

Wojnarowski adds that the fourth year is a team option.

Fournier, 28, had been a thorn in the Knicks’ side for years with the Orlando Magic before the Boston Celtics acquired the expiring 6-foot-7 wing in March. He signed a five-year, $85 million deal with the Magic back in July of 2016, entering free agency looking to pick up another big payday before Fournier is on the other side of 30.

John Hollinger in The Athletic on Monday reported that the Knicks “swooped in” and were preparing to make Fournier a contract offer in free agency way past Boston’s parameters to re-sign the veteran guard. Hollinger also mentioned reevaluating a trade for Terrence Ross (the veteran swingman floated in rumors before the draft when the Knicks were armed with four picks) and extending Mitchell Robinson, who had his team option picked up by New York on Saturday.

Fournier was the 20th pick in the first round of the 2012 NBA Draft by the Denver Nuggets, playing in the Mile High City for two seasons before the Magic acquired him in June of 2014 for Arron Afflalo. Returning Knicks general manager Scott Perry worked within Orlando’s front office at the time of the Fournier trade, along with the re-signing in 2016. The Knicks re-upped Perry for another two years last month.

Fournier’s arrival in New York plugs a hole in the need for wing scoring, despite R.J. Barrett’s second-year improvements. Alec Burks and Nerlens Noel are reportedly returning to the Knicks on three-year deals, but veteran marksman Reggie Bullock agreed to a deal with the Dallas Mavericks.

The Fournier deal is official, and it’s technically a sign-and-trade, with the Knicks receiving a pair of protected future second-round picks from Boston, with New York sending cash.

The picks are, per the Boston Globe’s Adam Himmelsbach, Charlotte’s 2023 top-55 protected second-round pick and the worst of the worst of 2023 Oklahoma City/Washington or better of Miami/Dallas.

This story is breaking and has been updated.