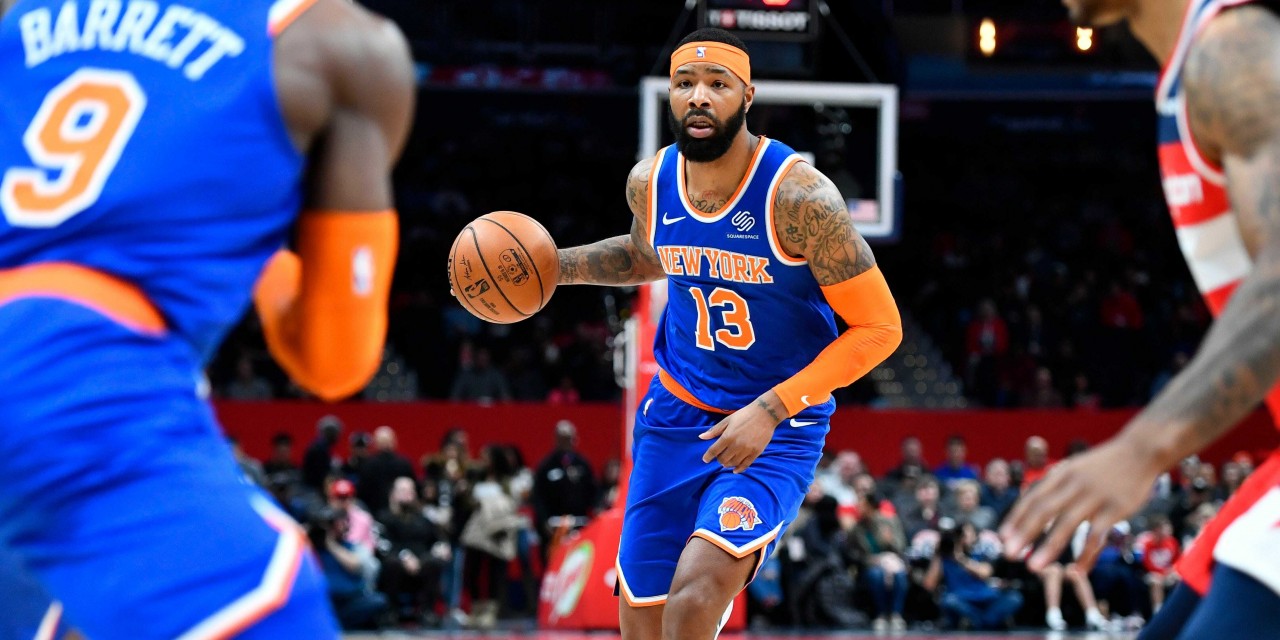 Morris, 30, was a latecomer to the ‘Bockers during the past summer, as the former Boston Celtics stretch four agreed to sign with New York after reneging on a two-year deal with the San Antonio Spurs. Eventually, after annoying a crotchety Gregg Popovich, Morris inked a one-year contract with the Knicks worth $15 million.

Morris, however, is an expiring contract and pending free agent in the summer of 2020, and the Knicks decided it was best to part with its leading scorer for the 2019–20 season, selling high on the forward during their tumultuous rebuild.

The Clippers are reportedly parting with veteran forward Maurice Harkless and possibly young pieces in shooting guard Terance Mann and 6-foot-9 center Mfiondu Kabengele to acquire the expiring Morris as they hope to secure the top spot in the loaded Western Conference. The Knicks are expected to land a first-round pick from L.A., too.

Morris and Harkless both expect for deal to close and end up with Clippers and Knicks, respectively, league sources said. Knicks and Clippers working finer details of the deal. https://t.co/5xNsMWOry6

Morris was suited by a few teams including the rival Los Angeles Lakers and hometown team, the Philadelphia 76ers. Morris scored his career-best 38 points against the Clippers on January 5th at the Staples Center.

The Morris trade is the first deal after Knicks owner James Dolan dismissed Steve Mills as president of basketball operations on Tuesday, with general manager Scott Perry in charge in the interim. New York has since filled the team president position by hiring CAA power agent Leon Rose along with his peer “World Wide Wes” William Wesley on Thursday. It’s believed Perry is controlling the Knicks’ front office at the trade deadline, however, while Rose’s deal with the franchise is being finalized in the coming days.

Morris could be the first of several emancipated ‘Bockers departing the Big Apple due to the front office’s various short-term deals conceived last summer. Perry’s cap sheet beyond next year (only Julius Randle was signed to a guaranteed deal past 2021 in the offseason aside from the Knicks’ drafted players on their rookie deals). Other possible players on their way out include big men Bobby Portis and Taj Gibson and embattled third-year point guard Dennis Smith Jr., the latter of whom was acquired in the blockbuster Kristaps Porzingis trade with the Dallas Mavericks.

Per Newsday’s Steve Popper, the deal will also send a first round pick to New York.

Knicks and clippers have a deal in principle sending Morris to clippers. Harkless with expiring contract and a package including a first round pick coming back.

Per Woj, the deal comes as part of a three-team package with the Clippers and the Washington Wizards.

The Clippers, Knicks and Wizards have agreed to a three-team trade that will land Marcus Morris and Isaiah Thomas with the Clippers, league sources tell ESPN. Jerome Robinson will join the Wizards, Moe Harkless and a 2020 first-round pick to the Knicks.

New York will get the draft rights to Issuf Sannon, per the Athletic D.C.’s David Aldridge.

Draft rights to PG Issuf Sanon, taken by Wizards in second round in ’18 and who is still overseas, will go to New York as part of this deal.

Mike Vorkunov of the Athletic details the final terms of the deal for New York.

The final terms on the Knicks deal today in a simpler-to-read format:

The Knicks announce the official trade:

»READ: Can the Knicks trade for D’Angelo Russell?