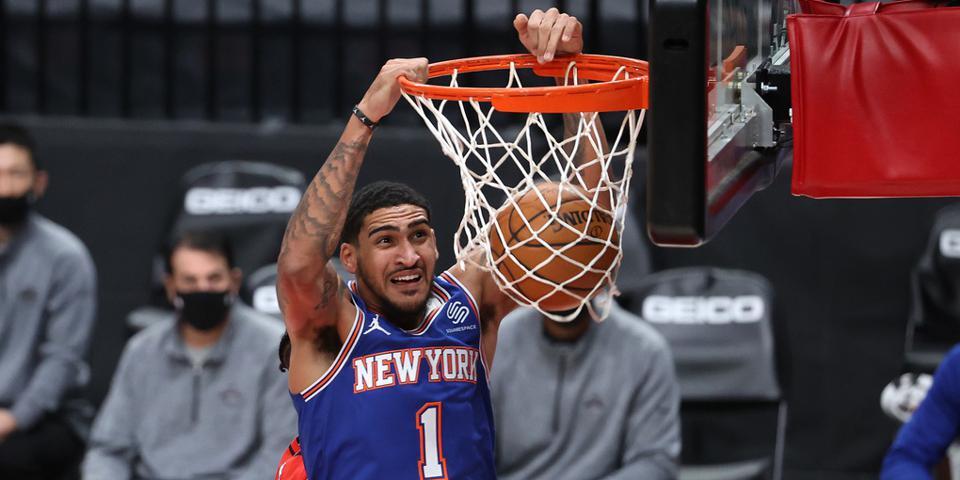 Julius Randle’s first NBA All-Star Weekend experience was not as action-packed as some Knicks fans may have hoped.

Randle played the long game in his All-Star debut, coasting in the Skills Challenge as he fell to Indiana Pacers big man Domantas Sabonis, and eventual winner, in the first round. For my fellow Fast & Furious heads, think of this like that time Dom let Brian beat him in Fast Five.

Little did Randle know those 30 seconds would be more time than he had the ball the whole game. Randle got to experience life as Obi Toppin, seeing sparse minutes in his first All-Star Game.

He did have some nice moments in the first half. He connected with Donovan Mitchell on a nice alley and did flush a nice dunk, but his best moment was playing actual defense in the first half. Somewhere Tom Thibodeau had to be grinning.

It was worth the wait C Webb pic.twitter.com/x4BwJ9ATBq

Randle did not play much in the second half, taking a backseat to Giannis Antetokounmpo, Stephen Curry, and Damian Lillard as Team LeBron coasted to a clean sweep.

Maybe Thibs put in a call to Doc Rivers to rest Randle for the second half, maybe this game is just meant for guards. The good news is Randle will be fresh when the Knicks return on Thursday against the Milwaukee Bucks.

Halftime was not too kind to the Knicks either, as rookie forward Obi Toppin took part in the All-Star Weekend’s Slam Dunk Contest at the break.

Toppin entered the dunk contest as the favorite, and after his first dunk, it felt like the contest was nothing more than a formality.

Unfortunately, Obi may have peaked too early. His last two dunks of the night were good.

His second dunk, in particular, clearing over Randle and his father, Obadiah Sr. (nicknamed “Dunkers Delight”), was wonderful and, in hindsight, should have been his last dunk.

Obi with just an appetizer for the final round pic.twitter.com/MFoWgJ6RVF

After watching that one would have anticipated something even better for the finale. Instead, we got a good but not great dunk.

Is this enough to get Obi the win??? pic.twitter.com/VnSdv3EKAJ

It left the door open enough for Portland Trail Blazers’ Anfernee Simons to steal the contest because he almost kissed the rim. It is a little weird that Simons got the nod for almost accomplishing something really cool, but making a regular dunk. Toppin’s dunk was not memorable, but it was certainly better than Simons’ attempt.

The judges once again get it wrong, and the announcers were not much better. I’d also like to point out Toppin was doing just fine until Kenny Smith checked his mentions and stopped hating on his fellow New Yorker.