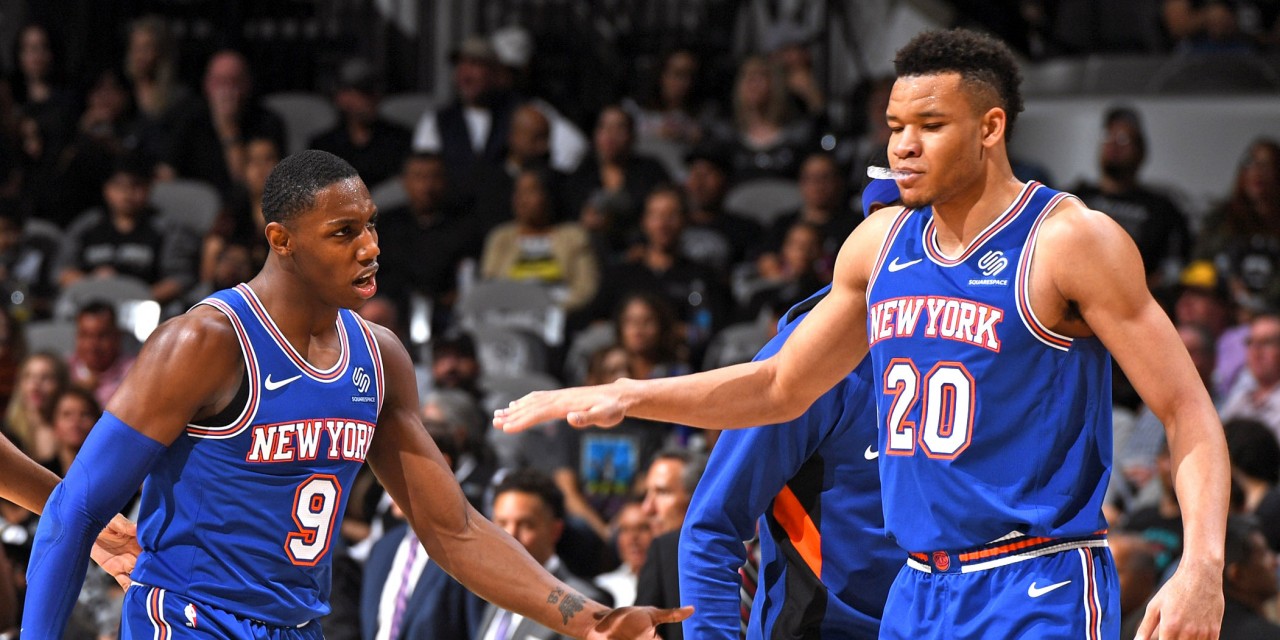 The Knicks were named among teams not qualifying for the NBA’s resumed season, per a report, who want to get a training camp active.

As 22 teams prepare to continue their 2019–20 season resumption, the New York Knicks are exploring ways to stay active and get their roster time to stretch their legs.

According to ESPN’s Adrian Wojnarowski, New York is among the eight eliminated teams advocating for joint practices that will lead up to exhibition games. Proposed ideas include a two-week session of voluntary and mandatory workouts in July, a mini-campus environment that includes televised games in August and organized team activities in September.

The aim of these proposals is for teams to keep their young players active. Such a target is perfect for New York, which currently rosters eight players with fewer than three full years of NBA experience.

Getting players back into the swing of basketball after months of quarantining would likely produce some ugly games—especially because the participating teams would be the eight worst squads in the league—but they would benefit the players.

Seven of the eight teams are among the 10 youngest average team age in the NBA. All eight teams have some young players they are looking to develop; affording them the chance to play NBA-level competition again would keep them somewhat fresh for the next season, which may not start until December. At the very least, it would let them shake off some rust before training camp for the 2020–21 season.

Additionally, it would serve as a quasi-summer league for the Knicks and other ousted franchises. Teams field rosters comprised chiefly of its young players to get them warmed up for the big league in various summer league tournaments. In lieu of those games, eliminated teams could use these exhibition matches to get their young players in action.

Wojnarowski reported that the NBA needs to address these measures with the National Basketball Players Association and that the league has prioritized the needs of the eliminated teams.

»READ: Monday Musings: the NBA may be back, but not the Knicks