The Knicks Are Sorely Missing Mitchell Robinson and His Defense 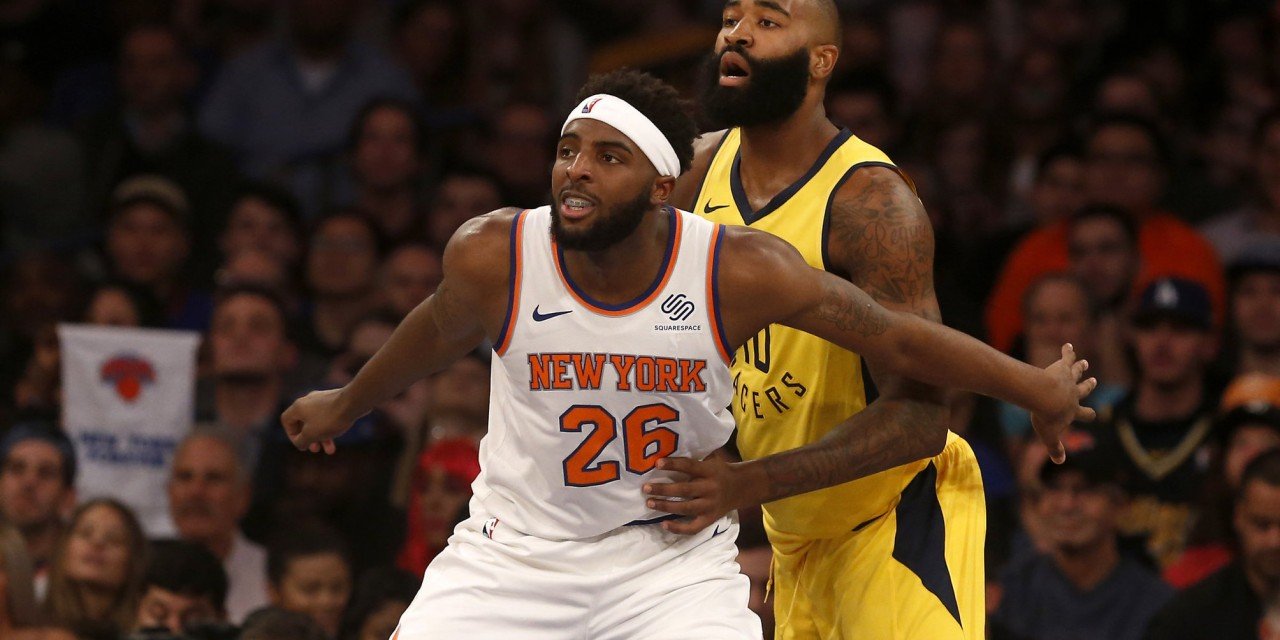 The Knicks can’t hold any opponent to respectable defensive standards while rookie center Mitchell Robinson is out due to injury.

December was a rough month for the Knicks. They’ve lost 13 of their last 14 games and are in the midst of a West Coast road trip where they’ll face the Denver Nuggets, Los Angeles Lakers, Portland Trail Blazers, and the defending champs, the Golden State Warriors. It’s a tall order for the young team, but the Knicks have something to look forward to on the road: rookie center Mitchell Robinson is likely to return.

Antsy from watching his team get demolished without him, Robinson told the NY Post, “I don’t like sitting down. I just want to play.”

The Knicks want him to play, too. Since Robinson injured his ankle, the New York Knicks rank last in the NBA in Defensive Rating (per NBA Stats). Head coach David Fizdale admitted that the Knicks have slipped defensively as well. After a disturbing blowout at the hands of the struggling Utah Jazz in which they gave up 70 points in the paint, it’s easy to see that any improvement to the defense is welcome.

Robinson is no defensive maestro, but his natural instincts and athleticism are crucial to the Knicks’ defense. His defensive field goal percentage is 43.4 percent, the lowest among all of the centers on the roster. His on-off statistics state that when Robinson is not on the court, the team’s block percentage is 6.0, while it rises to a whopping 14.4 percent when he is on the court (per Basketball-Reference).

Similarly Robinson is a rim-protection extraordinaire at only 20 years old. When active, Robinson was averaging 1.8 blocks per game, near the top of the league. Mitchell hasn’t logged a minute since December 14th and is still tied for 14th in the league for total blocked shots. He shares that space with Giannis Antetokounmpo. With long arms and a strong desire to launch balls into the stands, Robinson disrupts opposing offenses unlike anything the Knicks have witnessed in quite some time. His on-off stats have opponents averaging 9.2 assists per game with him on the court and 19.0 assists when he’s off. To be fair, the numbers are skewed due to the little amount of  time he spends on the court, as he often gets into foul trouble.

Though he’s not a complete player by any stretch of the imagination, Robinson is an important piece of the young core and the team at large because he’s the sole Knick with his specific skills and abilities. In the last game he played, the ‘Bockers ended up with a win against the Charlotte Hornets. If Robinson stepping on the court is what it takes for the Knicks to get a win, then his return is exactly what the Knicks are waiting for. If not, at least there’ll be a highlight to look forward to.