The Knicks Are Well-Equipped for the Present and the Future 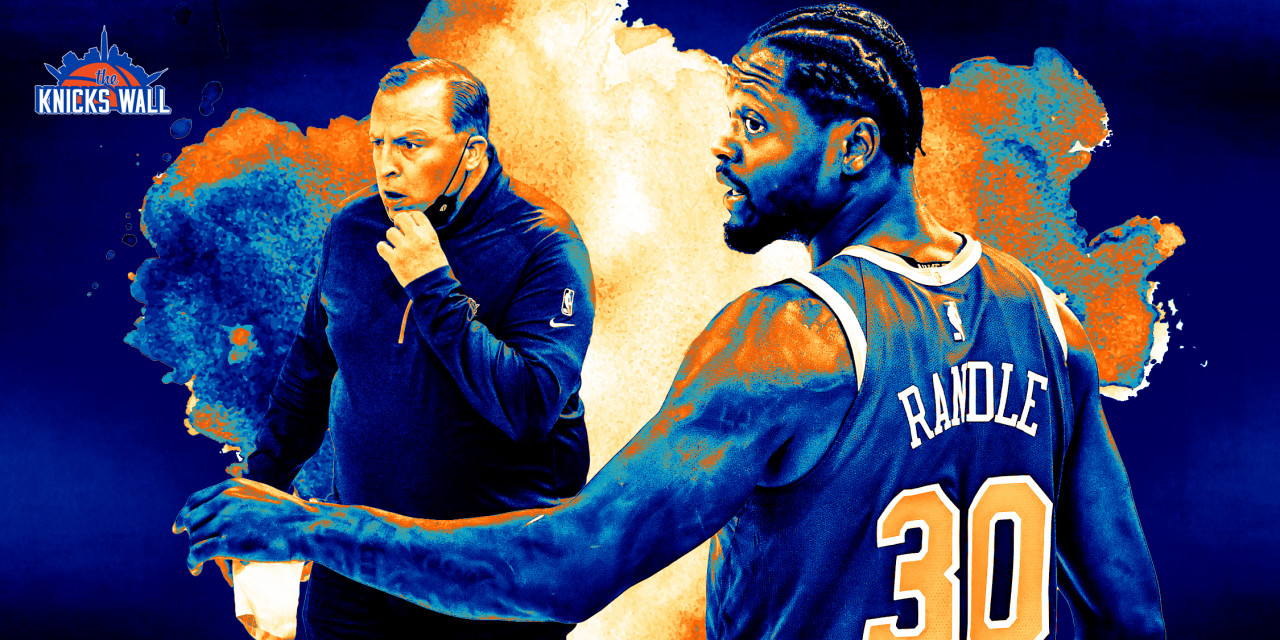 The Knicks have done a good job of stabilizing their current roster while not damaging their future and chance to acquire a star.

If there’s anything I’ve learned within the last year, it’s that I’m pessimistic when it comes to the New York Knicks. My excuse? I’m old. My first ever Knicks game was in 1998 against the Charlotte Hornets; I’ve seen Allan Houston go from a dynamic slasher and elite shooter to enemy number one due to his “bloated” contract. I’ve seen Othella Harrington, Clarence Weatherspoon, Howard Eisley, and Shannon Anderson be key rotation pieces; I’ve seen Larry Brown leave after a year and an assortment of (bad) point guards.

I say all of this to say? We’re old, man, and I’ve seen more good than bad in a Knicks uniform, so pardon me for not totally recognizing what the Knicks team is and can be.

The mea culpa comes from the start of free agency, where I was not too fond of New York’s opening moves. Re-signing Alec Burks, Derrick Rose, and Nerlens Noel felt like the same old Knicks. Even with the non-guaranteed seasons at the end of their deals, the Knicks leaned on continuity, which for a team that shocked everyone by earning the fourth seed in the Eastern Conference, didn’t sit right with me. Why not Josh Hart over Burks? Did you need to lock in another center when Mitchell Robinson was right there? Just small questions I had before criticizing them.

Then the Knicks added Evan Fournier and Kemba Walker, two moves that made the offseason make sense. Walker gives New York—when healthy—an offensive lock-pick at the point guard position, capable of renovating the non-Julius Randle offense. Fournier is a shooter with more ball-handling abilities than Reggie Bullock, meaning he can punish opponents if they aren’t too careful. It was a reminder that the Knicks aren’t the Knicks of yesteryear, and more importantly, they’re equipped to handle just about anything.

The biggest remodel of the Knicks roster is the new backcourt. The second is the upgrade of perimeter players up and down the roster. With Walker, Rose, and Deuce McBride at point guard, the Knicks have three ball-handlers who can shoot, a far outcry from last year’s team. The wing players—Immanuel Quickley, R.J. Barrett, Quentin Grimes, Fournier, and Burks—can handle the ball a bit, and all have solid defensive chops, capable of handling the most defensive assignments.

Amidst a breakout season, New York had struggles scoring the basketball. Last season’s team finished 22nd in the NBA in offensive efficiency and 27th in three-point attempts. The retool this past offseason returned several talented players to carry the non-Julius Randle minutes, but more importantly, added some younger guys who can operate in specific roles if need be. In a world where McBride and Grimes need to play much this season, both players have malleable skill sets, capable of blending in around the likes of larger offensive presences like Randle and Walker, but also capable of offering their own shooting and slashing.

And while New York’s offense has improved, the defense remains solid. From last season, Walker and Fournier are worse defenders than Elfrid Payton and Bullock. However, the two-man combination of Mitchell Robinson and Nerlens Noel at the center position gives Tom Thibodeau’s defense a tip of the spear. All can be forgiven with mistakes on the perimeter, as a true eraser stands behind them, ready to clean up any mistakes. New York’s defense was at its best when both players were healthy, and with Robinson fighting for a new contract, while Noel’s deal has been solidified, you can once again expect the best of them on the defensive end.

In the grand scheme of things, the Knicks should be good this upcoming season. Whether they be the fourth seed like last season or a team in the play-in, the Knicks have stabilized their roster with established offensive players and a defensive system that has solidified throughout last season.

Whatever the Knicks do now with this current roster won’t result in a championship barring unforeseen circumstances. The reigning champion Milwaukee Bucks, Philadelphia 76ers, and the Brooklyn Nets all have better chances to win the NBA title. However, the belief that the Knicks boxed themselves in is premature. Even though they locked players to two-plus-one contracts this past offseason, there’s still a level of flexibility with the Knicks, AND they have the draft picks to make things work.

New York has the players to make it work; they’re stacked with young player options between Barrett, Immanuel Quickley, and Mitchell Robinson. Guys like Obi Toppin, Quentin Grimes, Deuce McBride also offer options for the Knicks in potential trade packages. While the group lacks a multi-time All-Star option in the group, New York, after blowing several lottery selections in the previous regime, has slowly built their young player core back up into a moderate group of players.

If all else fails, the Knicks can lean in a bit on their own young players. Quickley’s development has slightly scuffled as New York’s overall guard room is stocked, but Barrett appears to be locked in as a starter. This past season, Barrett averaged 17.6 points, 5.8 rebounds, 3.0 assists, and shot 40% from the outside. He’s improved as a shooter and defender in year two, and with better talent around him, there’s a chance he can continue his development in a positive route. Could he be New York’s next star? Time will tell, but Barrett has played well enough for it to be in consideration two seasons in.

The Knicks have made strides over the last two seasons and pushed some of the chips in this offseason by fixing the offense with the arrival of Fournier and Walker. For most teams, this would be considering mortgaging the future for the present. However, the Knicks have done this while keeping their future clear. Now, if the likes of Damian Lillard, or Bradley Beal, or even, to throw a name out there, Karl-Anthony Towns were to hit the market, not only would the Knicks be in the discussion, but they would have a solid offer to me if need be.

The Knicks have found a way to maximize the present and their chances of winning now while keeping most options available in the future.

»READ: Immanuel Quickley can be a lead creator — or point guard — for the Knicks