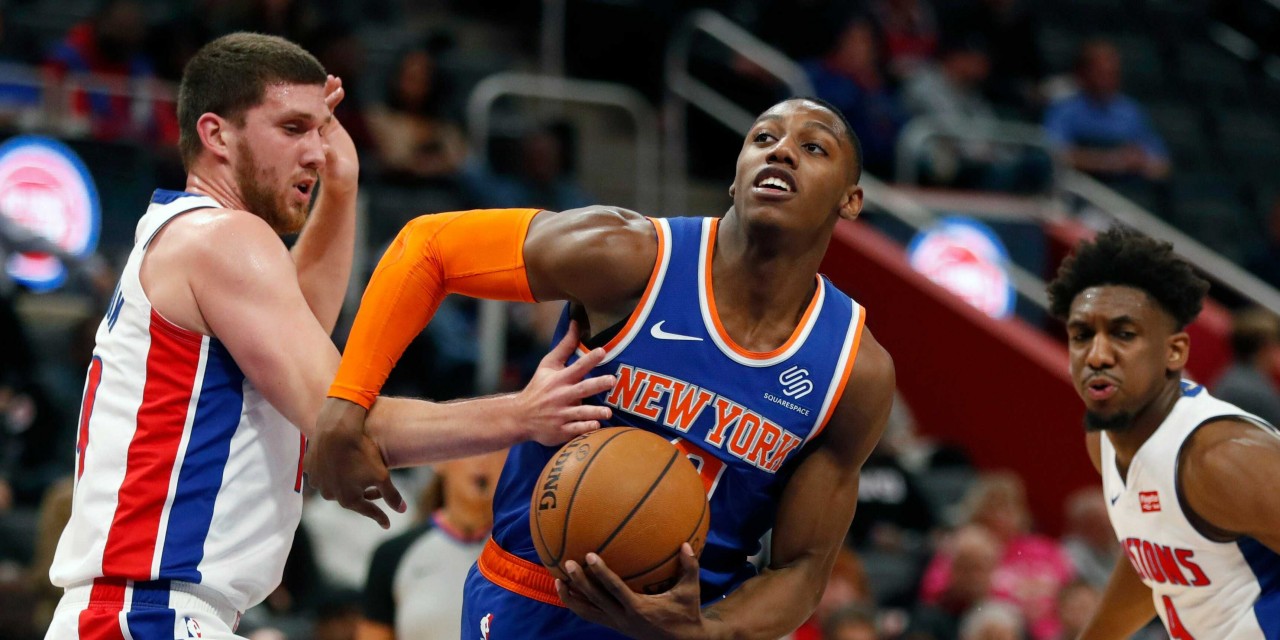 With the trade deadline behind them, the New York Knicks look to build momentum with a win against the Detroit Pistons on the road.

The New York Knicks (16-36) head to Michigan to take on the Detroit Pistons (19-35). Both teams are coming off a trade deadline in which they traded their respective top players in Marcus Morris and Andre Drummond.

The Knicks are currently on a hot streak, winners of three in a row. Point guard Elfrid Payton is heating up, coming off the best two performances of the season in wins against the Cleveland Cavaliers and Orlando Magic. Payton dished 15 assists against Cleveland and grabbed seven steals and nine assists Orlando, in two close games in which the Knicks came out on top. Payton is showing flashes of brilliance in the passing game, creating quick offense in transition and causing absolute havoc as an on-ball defender.

Elfrid Payton is hooping, objectively. This is a dime. pic.twitter.com/sSUrCsiRSh

New York’s upcoming schedule is fairly light. The next three matchups are against Detroit today, Atlanta tomorrow, and Washington on Wednesday, all winnable games before the NBA’s All-Star break. Interim head coach Mike Miller is sticking with the veterans in the starting lineup and to close out games, showing that the Knicks are chasing wins down the stretch of the season. New York is six games out of a playoff spot, and having traded their best player this season, it’s tough to see a scenario where the team makes up enough ground for a playoff push.

With Marcus Morris dealt to the Los Angeles Clippers, expect Maurice Harkless and a combination of young players like Frank Ntilikina and Kevin Knox to grab some of the minutes Morris will leave behind. Harkless, originally from Queens, went to St. John’s where he played for one season for the Red Storm. At 6’7″, Harkless is known for his defensive prowess at the forward position, and although the Knicks are rumored to permit the New York native a buyout if he wanted to go to a contender, per the New York Post‘s Marc Berman, part of me wants to see him play for the Knicks to close out the season.

Knicks rookie R.J. Barrett came off the bench in the win against Orlando in his return from an ankle sprain that kept him out for nine games. Look for a minutes increase against Detroit as he plays himself back into the rotation. Barrett looked like himself in his 14 minutes on the court, where he notched 12 points on six shots along with three rebounds and two assists.

RJ Barrett seems like he's going back into the starting lineup tonight vs the Pistons. Which would take Frank Ntilikina out. https://t.co/E4p1PRkZo9

Detroit has now punted on their season. The Pistons’ season was tanked originally when the team found out in early January that Blake Griffin would be missing the rest of the year due to a left knee injury. Then, at the trade deadline, the Pistons dealt Andre Drummond, much like the Knicks traded their own best player, to the Cavaliers, which netted them, more than anything else, a release from his enormous contract with a player option this summer. The team will now roll with its young players like Sekou Doumbouya, who, at age 19, has shown huge flashes of athleticism in getting to the rim. Their most intriguing young player, guard Luke Kennard, has been out since December with knee tendonitis.

Allonzo Trier is sick and won’t be available against Detroit, per The Athletic’s Mike Vorkunov.

»READ: Leon Rose is the new Knicks president: now what?