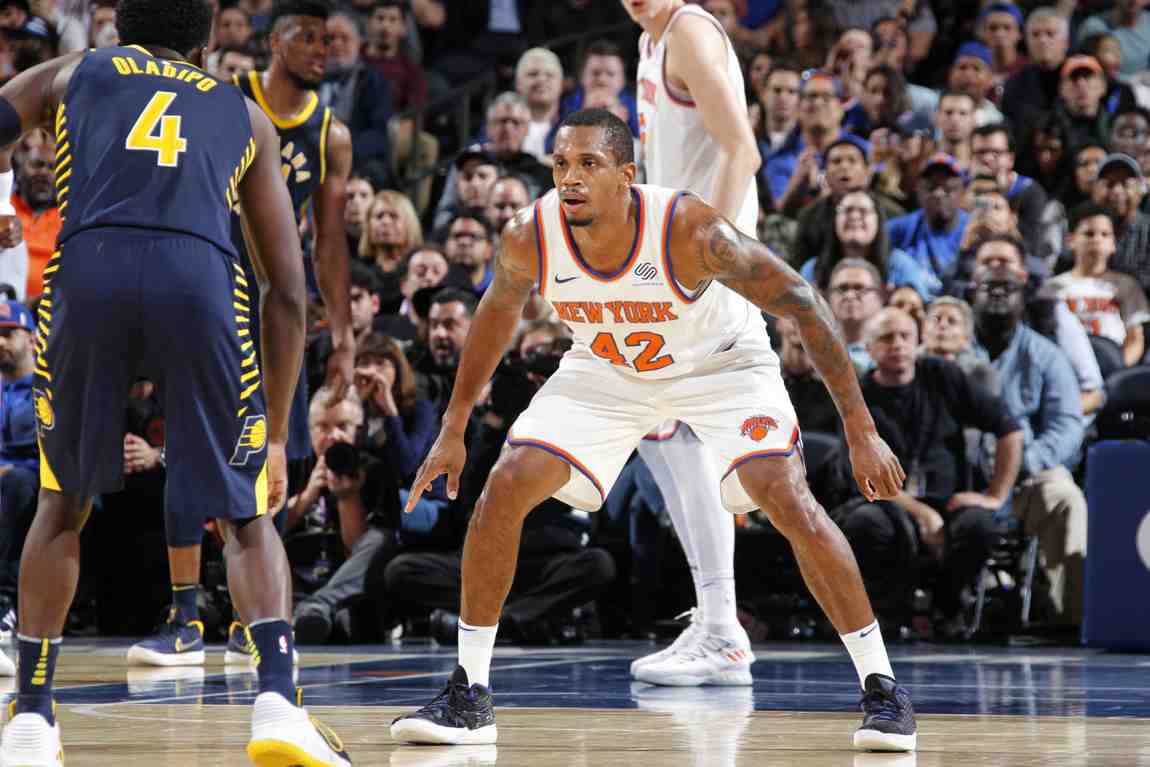 The Knicks are home on Halloween for a showdown against an old foe: the Indiana Pacers

Coming off a dominant 115-96 victory at the Garden against the Brooklyn Nets, the Knicks (2-5) are back in action Wednesday night in a home matchup against the Indiana Pacers (4-3).

The visiting Pacers suffered their first home loss of the season at the hands of the Portland Trail Blazers on Monday night, 103-93.

Tonight, the two old Eastern Conference rivals will face off against each other for the first time this season in a nationally televised contest on ESPN.

Here’s what to look forward to at the Garden tonight.

Battle of the Scorers

Wednesday’s matchup features two high-scoring shooting guards in Tim Hardaway Jr. and Victor Oladipo. After a breakout season in 2018, one that saw him make his first All-Star appearance, Oladipo is off to another strong start this year, averaging 21.7 points, 5.9 rebounds, and 4.9 assists per contest. On the other side of the matchup, Hardaway Jr. has exceeded expectations in the early stages of the season as the number one option on offense with Kristaps Porzingis sidelined. Through seven games, THJ has averaged 24.4 points per game along with 3.3 assists and 3.6 rebounds per game. In New York’s last game, THJ scored a team-high 25 points while also dishing out eight assists. Although both THJ and Oladipo are known scoring threats, their passing ability is often underestimated.

Tim Hardaway Jr. had a fantastic game at MSG on Monday night, doling out 8 assists and showing yet again that he can be an effective weapon in the pick-and-roll:https://t.co/YA7bhGej5s pic.twitter.com/XInaoXvR9J

With two top-ten scorers in the Eastern Conference facing off, an exciting offensive explosion should be on full display.

Since making his first start at point guard against the Golden State Warriors, Frank Ntilikina has looked like a completely different player. In the Warriors game, he showed a renewed confidence on the offensive side of the ball, dropping in 17 points while also keeping up his renowned defensive prowess. In the Knicks’ victory over the Nets, Ntilikina had another strong performance, posting 16 points along with five rebounds and four assists. After back-to-back solid outings from Ntilikina starting at the point, expect the French Prince to make his third consecutive start at the position on Wednesday night, and look for him to keep up his momentum from the prior two games.

The Return of KOQ

He’s back. The bearded New York native and Knicks fan-favorite is returning to the Garden for the first time as a member of the Indiana Pacers. In five games this year, O’Quinn has averaged 5.6 and 3.4 assists per game. Although his impact on the court most likely won’t be a deciding factor in the result of the contest, O’Quinn’s return should boast cheers and jeers from both the crowd and his former Knicks teammates.