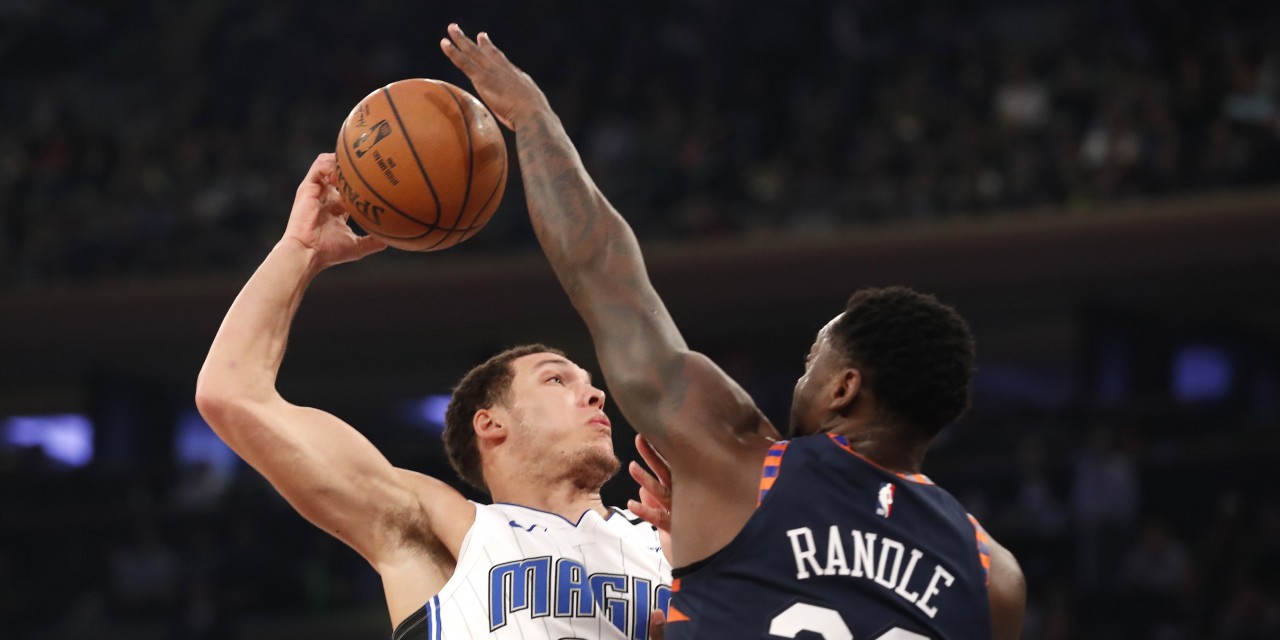 After a reported change at team president and trading the team’s leading scorer on Thursday, the Knicks rallied to beat the Magic at Madison Square Garden.

A hectic day in New York Knicks (16-36) land ended on a positive note with the defeat of the Orlando Magic (22-30) 105-103 at home. Amidst all the drama regarding the dismissal of Steve Mills, reported hiring of Leon Rose, and the annual mayhem at the trade deadline, New York is quietly now on a three-game winning streak.

The Knicks owned the first and fourth quarters, while the Magic out-played New York in the middle two periods in a roller coaster of a contest. Magic head coach Steve Clifford was livid when he was unable to get a timeout on the final possession with an opportunity to tie/win the game (along with a grievance on a no-call for Evan Fournier). Orlando never got a shot off and remain winless in two games against the Knicks this season.

Nikola Vucevic led Orlando with 25 points and eight rebounds, while Markelle Fultz, Evan Fournier and Aaron Gordon scored 16 points apiece, per ESPN Stats. Despite the loss, Orlando still maintains a comfortable 3.5 game lead over the Chicago Bulls for the final playoff spot in the Eastern Conference.

We saw Julius Randle step up (22 points) and have a very efficient night in the absence of Marcus Morris, the team’s leading scorer who was shipped off to the Los Angeles Clippers earlier in the day. Randle is now the de facto number-one scoring option for the Knicks, who are in desperate need of someone to take over and lead on that end of the floor.

On a not-so-encouraging note, sophomore forward Kevin Knox was terrible, going scoreless in 16 minutes of action, while third-year guards Frank Ntilikina and Dennis Smith Jr. scored three points combined in 29 minutes. The dreadful play offensively continues for these three young guns, who were once promising pieces on a rebuilding Knicks team and currently sidelined in favor of vets on short-term deals.

Another DIME from Elfrid to the cutting Randle who SLAMS it home pic.twitter.com/3DgsU5jCLX

It was one of those nights where you look at the box score and are pleasantly surprised.

Promising rookie R.J. Barrett finally returned this evening after being sidelined for a few weeks with an ankle injury. In the 19-year-old’s first game since January 16th, he put up 12 points, three rebounds, and three assists in limited action.

I think I speak for all Knicks fans when I say it was awesome to see Barrett back on the floor, as he gets ready to take on more of a role in the offense. With Morris is no longer there, Barrett will have more shots and more opportunities to build on his decent debut season so far.

The Knicks’ next game is this Saturday in Detroit against the Pistons, who traded longtime center Andre Drummond today, as they look to win their fourth straight game.