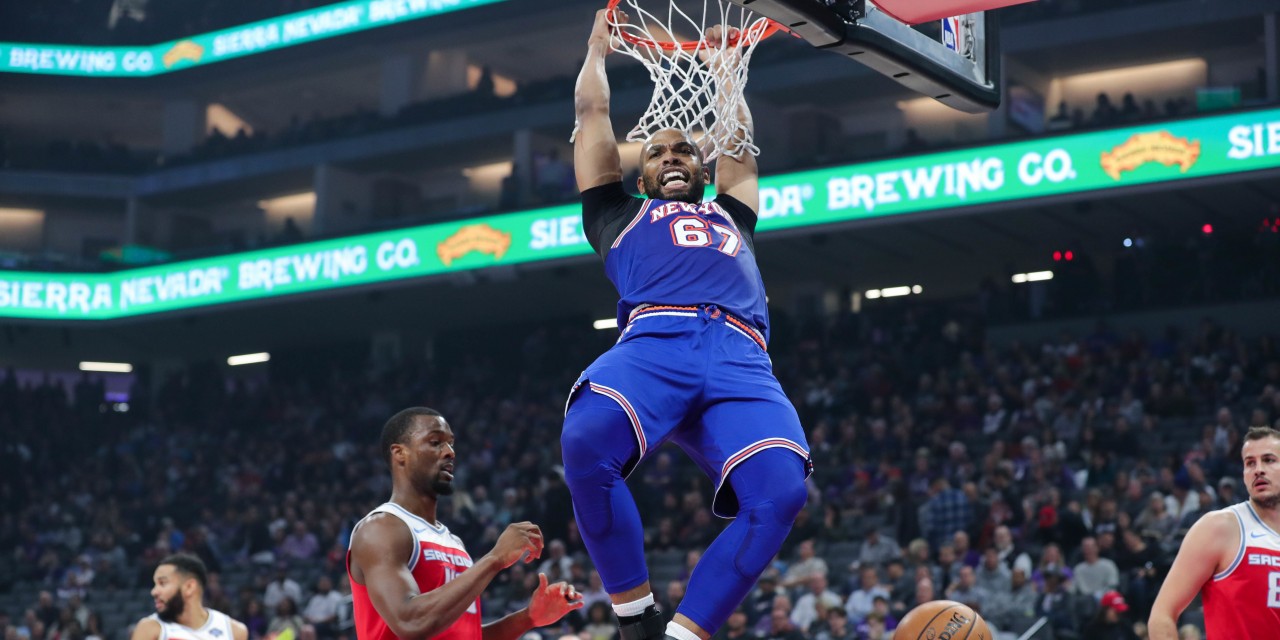 The Knicks were down 16 points in the third quarter before their bench, led by Elfrid Payton, rallied to take over and beat the Kings.

The force was with the New York Knicks (6-20) on Star Wars night in northern California as they started their first win streak of the year. They won their second in a row in the third game of their four-game west coast road trip against the Sacramento Kings (11-14).

After a disastrous start, the Knicks dominated the fourth quarter, outscoring the Kings 31-21 en route to a thrilling comeback victory, 103-101.

The Kings, and specifically Buddy Hield, came out hot to start the game. While New York could not sink a jump shot, the Kings could not miss. Hield had 14 in the first quarter alone and finished with 34 in total but only contributed six points in the fourth quarter, where the Knicks played remarkably better on defense.

While Hield did the brunt of the damage for the home team, the Kings’ first half three-point shooting was an all-around problem; they shot 60% from downtown in the first half. To make matters worse, the Knicks only shot 18% from deep before the break. Sacramento’s strong shooting in the first half was a major reason the Western Conference club kept control by halftime, but luckily for the Knicks, it never got quite out of hand.

In the third quarter, the Kings were able to extend their lead to 16—their largest of the night. At that point, however, the Knicks showed a sign of life on offensive, going on a 11-3 run to cut the deficit to eight heading into the final period.

The fourth quarter was where things started to click, including several timely threes by third-year wing Damyean Dotson to help swing the momentum for the ‘Bockers. The defense was the difference, however, with the Kings’ offensive woes helping the Knicks to go on their run. The Knicks were ultimately able to take the lead late in the game going up 97-95 with two and a half minutes remaining.

Kings head coach Luke Walton saw a coach’s challenge go his way, with Sactown getting an opportunity to take the lead back. But veteran Taj Gibson made a fantastic defensive play against Buddy Hield for the much-needed stop.

Marcus Morris was ultimately able to put the game away with a high effort put-back off of a R.J. Barrett miss, extending the lead to five points with just 10 seconds left, sealing the W.

The Knicks will finish their west coast trip in Denver for a matchup with the Nuggets at 8:00 p.m. ET where they look to extend their win streak to three.