The Knicks Bench Unit Is Outworking the Starters—And That’s O.K. 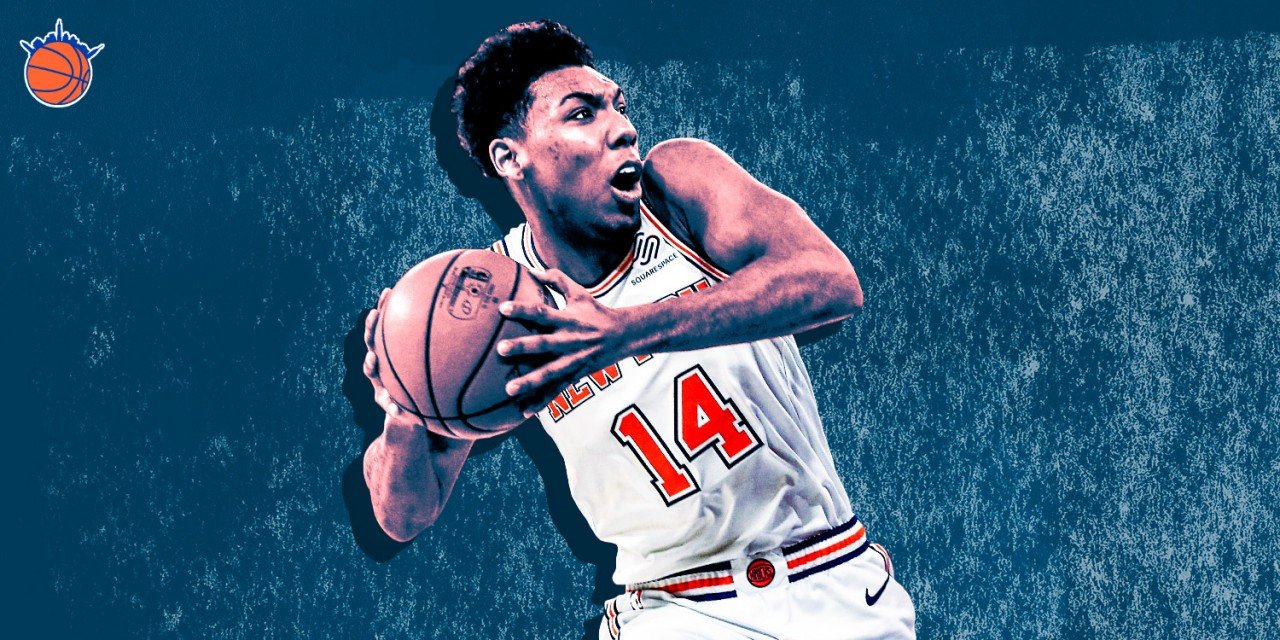 The starting lineup for the Knicks—supposedly calmed down since Dennis Smith Jr. and DeAndre Jordan arrived—is less effective than the bench. Why is that, and does it matter?

It’s been a long season. The New York Knicks’ 14-57 record reflects a lack of cohesion and the indisputable lack of an identity, unless being historically awful qualifies as legitimate.

Individually, certain players have had their own private success stories, from Noah Vonleh proving he’s a formidable power forward on both sides of the ball, to Emmanuel Mudiay making the case that he might be worth a damn.

As a whole, the team begins and ends games terribly. Yet the Knicks’ bench has proven to be the most watchable part of the roster. Fizdale’s quick benching of the starters against the Toronto Raptors in the 3rd quarter and post-game comments on why he did it proves that he recognizes this bizarre situation as well. But why is it happening in the first place? And can the Knicks parlay that into success at the end of the season?

The Knicks’ bench has been pretty formidable as of late. In the last 10 games, the reserves have averaged 39.8 points per game in 20.1 minutes per game. That’s ninth in the league, and above teams with highly capable bench units including the always-deep San Antonio Spurs and the talent-rich, deep Denver team.

Another interesting development is the bench’s 35.7 percent three-point field goal percentage in the last 10 games. That’s ninth among bench units and would be tied for 18th among starter units.

This is a pleasant surprise in a not-so-pleasant season. It’s no secret this Knicks roster has been devoid of talent this season. Most of the players on the roster have only one foot in the NBA (prospects on their way in or journeymen on their way out) and are struggling on a poorly managed team by a first-year, highly criticized coach. At this point, this bench success is the only thing the Knicks have to hold on to—especially since their starters have been unequivocally trash.

The Knicks have fluctuated starters since the opening games. Fizdale’s “you keep what you kill” comment at the beginning of the season may have done more harm than good, depending on who you ask. The musical chairs cast of Knicks has seemed to calm down with Tim Hardaway Jr. and Enes Kanter leaving the team, but the young team has still struggled in just about every facet of the game.

Over the last 10 games, the Knicks’ starters rank fourth to last in field goal percentage, 44.7, and second to last in points per game, 61.4. Although Damyean Dotson consistently proves himself to be worthy of praise and every dollar on his contract, averaging 10.8 points and shooting 38.4 percent from beyond the arc, the rest of his cohort appears incompetent. Every night they earn the chagrin of fans before screams for Mitchell Robinson fills whatever arena they’re in—they’re not even fun to watch, but Robinson is a show both squads can enjoy given the situation.

There’s an argument to be made that the bench doesn’t face competition as stout as the starting five, and it holds some merit. The notion that “nobody cares about defense in the NBA” as a commonplace belief is waning with the rise of Defensive Player of the Year candidates growing from strictly centers into strong wing defenders like Kawhi Leonard and Marcus Smart. Shooting percentages are increasing every year in the space and pace era of the NBA, so why wouldn’t the bench also benefit from the same revolutions? 3-and-D specialists are all the rage, and every team wants a couple waiting in the wings.

The Knicks have a different approach to an exciting bench. The cohesion the players have is almost purely a natural coincidence. What Fizdale and his staff have seemingly emphasized is player development instead of “players development.” If Fizdale and the front office reveal that they’d chosen to focus on individual, micro-level development this season instead of building chemistry as a team—since they foresaw most of the roster leaving—it would not be surprising.

Whether this strategy was by design, or merely a way to improvise positive takeaways from a lost season, individual development is the result.

The bench players are the Knicks’ future, and according to the stats, they’re in good shape. Allonzo Trier, Robinson, Mudiay, and Vonleh each had a development arc this season. Yes, Mudiay is included among the Knicks’ developing bench mob over the recent stretch of games, although his impact on the court appears to be a net negative. He’s still looking for his niche, but it’s hard to argue that the fourth-year guard has found some desperately-needed footing in the NBA after a disappointing start to his career. Rookies Trier and Robinson have been tried and tested all season and, through their peaks and valleys, have proven to be hidden gems among last summer’s castoffs. Plus, Fizdale’s playstyle accentuated Noah Vonleh’s strengths earlier in the year.

On the other hand, the starters acquired via trade, DeAndre Jordan and Dennis Smith Jr., appear to be pawns in New York’s greater plan. With Jordan’s contract ending this summer and Kyrie Irving’s free agency looming, Smith Jr., a young prospect showing tons of promise, may be a bargaining chip the Knicks use to get ahead. Excluding rookie Kevin Knox, the rest of the Knicks’ starting spots have been a rotating cast chosen by Fizdale.

Is there is a way to parlay the bench’s growing dominance into success?

The short answer is no. Flipping the starters and bench probably doesn’t move the needle. And they shouldn’t. Fizdale’s strong bench is, in a way, a delicate mechanism that gets his young core touches without being overwhelmed by the beastly starters that other teams have cultivated. If the Knicks wanted to grind out one or two wins to end the season, they’d focus on the incumbent starters and how they could stave off the offensive onslaught from their opponents at the beginning of every quarter.

The Knicks’ best bet is to play the waiting game. No savior is walking through the doors of Madison Square Garden to save the Knicks from themselves.

Well, at least not right now. A strong bench could be imperative to success next season if they fill their two max cap space roster spots with premier talent. Trier and Robinson are both rookies on team-controlled contracts, and if the Knicks find a way to fit Vonleh and Mudiay into whatever system they hope to build, getting the band back together wouldn’t be a bad idea. The front office would still need to carefully tweak and fine-tune some things, but, for the most part, the bench mob is in better shape than most categories on the roster. You can’t lure Irving or Kevin Durant with a tough bench—it’s not much of a pitch, but it’s a start.

The bench’s superiority to the starters is a legitimate phenomenon, but the only way to utilize it is to keep things progressing as they are. Because the bench players will be here come next season. The underachieving starters whose futures are up-in-the-air? Well, they might not be.