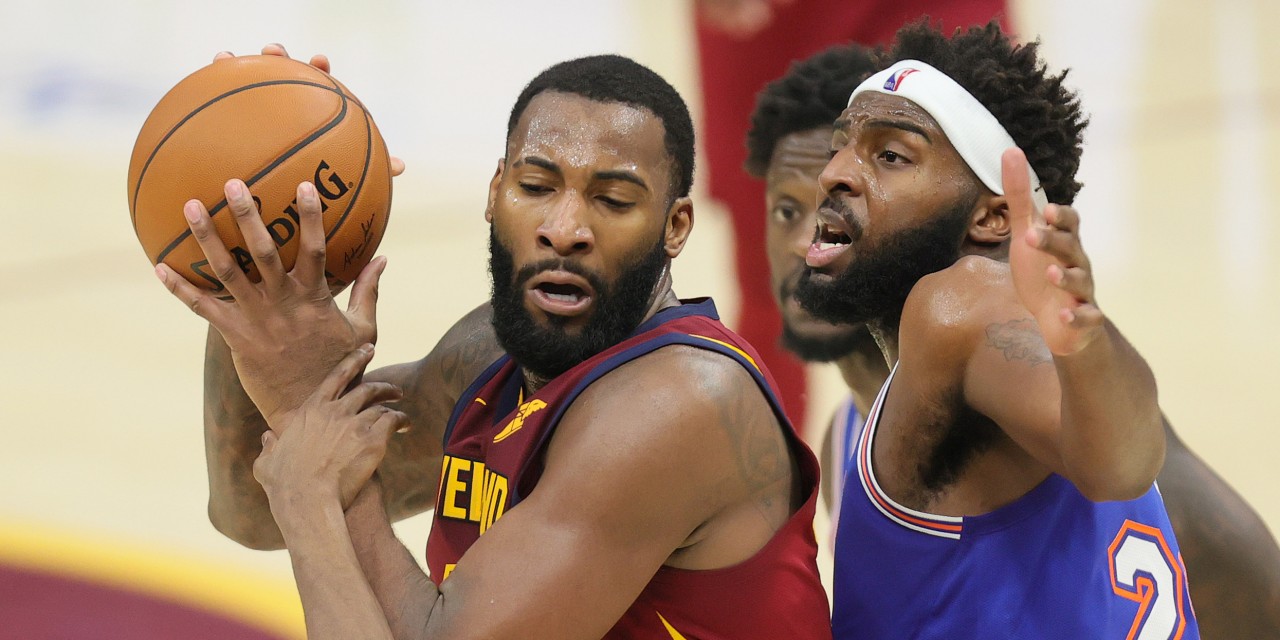 The Knicks rematch with Andre Drummond, who has reinforcements in the name of Jarrett Allen. The Cavs, however, get to face Mitchell Robinson and Nerlens Noel.

The 6’10″ Cleveland center comes into this game leading the NBA in rebounding at 14.7 per game and averaging 18.9 points, which is on pace to be a career-high. In two games against the Knicks this season, Drummond is averaging 25.5 points, 20 rebounds, and four blocks, while shooting 54.8% from the field.

“We’re definitely going to take a big responsibility as the bigs tonight to definitely man the paint, making sure that we’re keeping all that traffic out of there and make sure we’re rebounding at a high level,” Noel said following Friday morning’s shootaround.

Robinson has also significantly improved his game this season, as he’s staying out of foul trouble. The third-year center is only averaging 2.7 fouls this season in 29.6 minutes per game, compared to 2019–20 where he averaged 3.2 fouls in 23.1 minutes per game. Robinson is also averaging 9.1 points, 8.4 rebounds, which would be a career-high, and 1.7 blocks per game.

Mitchell Robinson on if he’d like to have a bigger role on the offense:

“I kind of like my role. We’re winning games.”

Noel is averaging 3.1 points, 5.3 rebounds, and 1.6 blocks in 16.4 minutes per game, but is coming off his most productive stretch of the season on the West Coast trip. In the last four games, Noel averaged 3.5 points, 8.3 rebounds, 1.5 blocks and 1.5 steals in 19.9 minutes a contest. Noel stressed the importance of the Knicks continuing to play good team defense tonight.

While Drummond has presented plenty of problems for the Knicks this season, they’ll have another impressive big to deal with as well: Jarrett Allen. Allen, the former Brooklyn Nets center, was traded to the Cavaliers in the James Harden trade on January 13th. Since then, Allen is averaging 11.8 points and 6.0 rebounds in 25.0 minutes per game off the bench.

As a result of Allen’s arrival, Drummond has seen his minutes drop. Drummond is only averaging 25.4 minutes per game since the trade but has still averaged 18.2 points and 12.2 rebounds over this five-game span.

There’s no doubt that the Knicks’ bigs face a tough matchup tonight, but based on this season’s prior results against Drummond has left Mitchell Robinson with a chip on his shoulder. Robinson was asked by MSG Network’s Rebecca Haarlow about whether he’ll take this matchup personally or not.