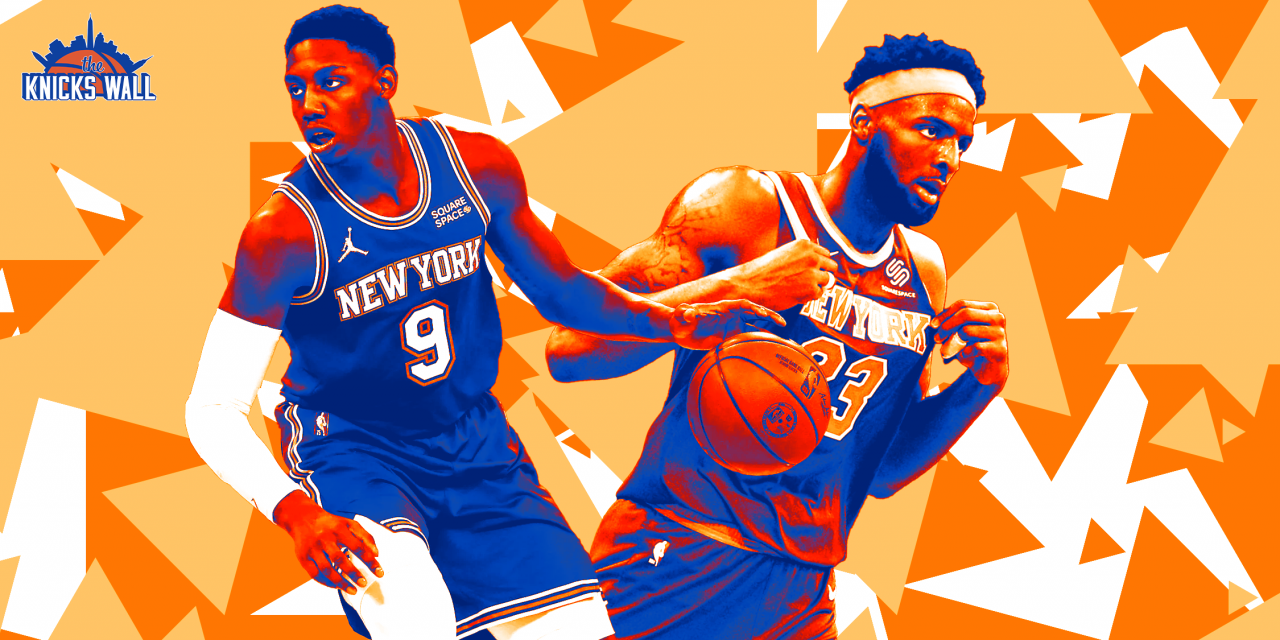 The Knicks’ 2021–22 season will not be one to remember. Let’s break down the reasons why they failed so miserably this season.

Following the All-Star break, the New York Knicks are nine games under .500 and sitting in 12th place in the East, 3.5 games out of the play-in. During last year’s COVID-shortened season, New York went 41-31, and despite an unceremonious exit in the first round, the future appeared to be the brightest it’s been since Carmelo Anthony’s time at the Garden.

So what went wrong? While the front office didn’t do the organization any favors this past offseason, many on-court issues lead directly back to head coach Tom Thibodeau and are exemplified by four players covered here previously.

Obi Toppin made dramatic improvements to his joint mobility and range of motion during the offseason. It’s allowed him to contort his body on drives to the rim. Although still far from being a lockdown defender, Toppin has generally looked more comfortable at that end of the court. Yet he still is averaging just over 15 minutes a game—fewer than a 36-year-old Taj Gibson. Thibs’ lack of trust in younger players has a visible effect on players too. Toppin’s worst moments come when he’s clearly trying to make something happen, the “energy guy” label fits Obi off the bench, but at times you see his desire to make an impact in his limited time on the court leads to poor shot selection and defensive lapses.

RJ Barrett was having the best stretch of games in his career before spraining his ankle. Though the increased production came with an increase in minutes, in the three games leading up to injury against the Nuggets (a 17-point loss in which he still played 34 minutes) Barrett clocked in with 38, 49, and 42 minutes against the Memphis Grizzlies, Los Angeles Lakers and Utah Jazz, respectively. The reverse side of Thibs not playing some guys enough is that he plays others too much. The effect these big minutes have on some of his stars has been well documented. Derrick Rose first tore his ACL with just over a minute left in a game the Bulls were leading by 12, Barrett sprained his ankle with less than a minute remaining while the Knicks were down 15.

Thibs benched Mitchell Robinson in early December, with good reason. After adding muscle during the offseason, Robinson looked sluggish and tired, lacking the explosiveness that made him an impact player on the defensive end. Fortunately, he’s found a good energy equilibrium and is back making a difference particularly at the defensive end and on the offensive boards. Though his time in a reduced role highlighted Thibs’ shortcomings again. Those minutes went to Taj Gibson and (when healthy) Nerlens Noel. There was—and still is—a perfect opportunity to go small with a frontcourt of Julius Randle and Toppin, or to see more of what rookie Jericho Sims is able to do, which matters because Robinson will be an unrestricted free agent at season’s end and there’s no other option for rim protection on the roster outside of the oft-injured Noel.

And speaking of lingering injuries, the Knicks’ one move before the trade deadline was to send a surplus first-round pick and Kevin Knox to the Atlanta Hawks for Barrett’s former college teammate, Cam Reddish. Even before an ankle injury—likely related to Achilles soreness that ended his season last year—limited Reddish, he had been buried on the bench in Atlanta, but rather than supplanting a struggling Alec Burks in the rotation, Reddish again couldn’t find consistent minutes until Barrett’s injury. While rest may be the best thing for Reddish—there are signs of that Achilles injury lingering—the move, and the subsequent lack of playing time speaks to a disconnect between the coach and the front office.

In what is all but a lost season for the Knicks, Thibodeau has been as stubborn as ever. Rather than experiment with smaller lineups (like Obi-Randle frontcourts, or Reddish and his 7’1” wingspan at the four) or seeing what he has in rookies like Sims or Miles “Deuce” McBride, he’s decided that he’s going down with the ship.

Whether fired this offseason or not, New York will be Thibs’ last head coaching job. No other franchise will look at what he’s done and hand him the reins, largely because of this inflexibility. You would think that potentially having 20 or so games left in your head coaching career would create a sense of urgency, but if anything he seems to have dug in deeper. No McBride, no experimental lineups, no letting Immanuel Quickley run point with Kemba Walker out the door. Just more Alec Burks and vibes. Bad vibes.