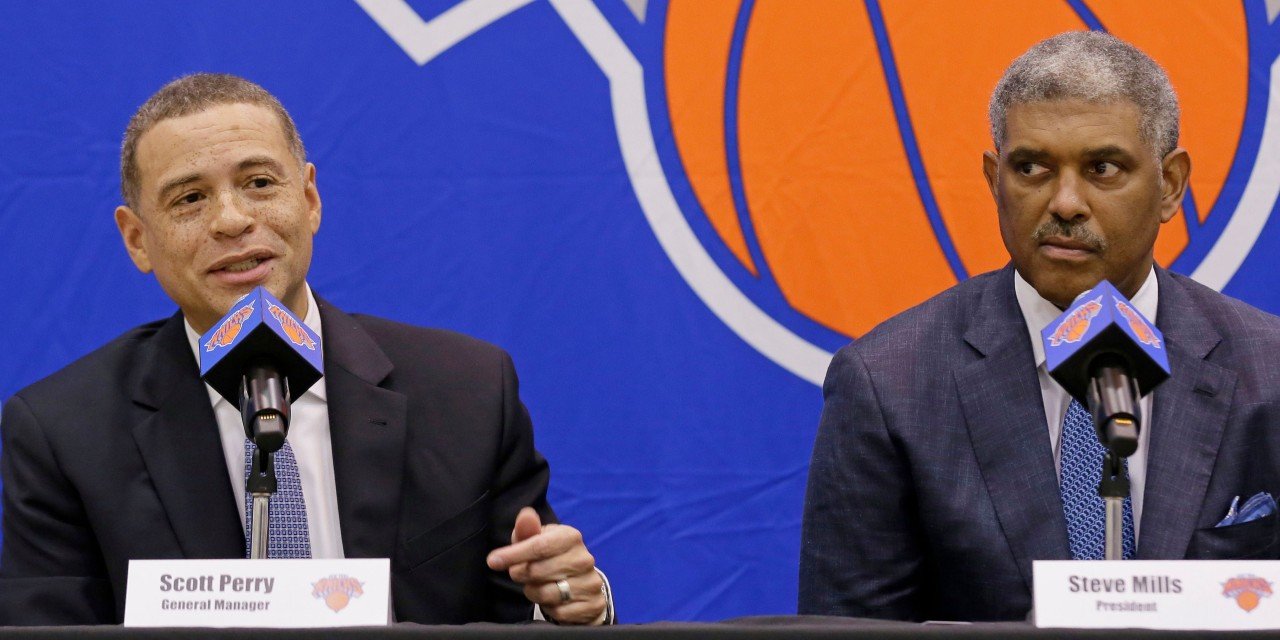 Speaking publicly for the first time since July, Knicks brass Steve Mills and Scott Perry explained their vision for the team this season.

That’s the message the Knicks’ front office brass sent Monday morning in Tarrytown at the team’s Media Day. While neither team president Steve Mills nor general manager Scott Perry care to predict the team’s outlook for the upcoming season, the goal is loud and clear.

It’s a low bar for a team coming off a historically poor season which saw them win an embarrassing 17 games, but with the addition of nine new players⁠—seven in free agency and two through the draft⁠—the team is positioned to make good on that goal. It could mean only 25 wins, but after last season, the only way to go is up, right?

Steve Mills seemed eager to watch his new roster in action, stating he was “very excited” about the new additions. “Obviously we had a summer we were really excited about as well. We added nine quality players.”

Mills added that “New Yorkers are going to like this team. The grittiness of these guys.”

While that certainly remains to be seen, Scott Perry had a more “wait and see” approach to his season outlook. “We’re playing to win. We’re not in the prediction business. I’m not here to predict records. But I expect us to be better, an improved basketball team. I expect the team to grow and develop and to show that and exhibit that throughout the course of the season.”

Perry is exactly right. The franchise has added enough veteran talent to where they can realistically expect to compete night-in and night-out, as opposed to a season ago. There’s enough youth on the roster that—even if you aren’t high or hopeful on all of them—some of them should at least take strides.

The Knicks struck out this summer, but they were able to, at best, salvage the offseason with a slew of solid veteran signings on mostly team-friendly contracts. The franchise stood pat, outside of locking in the promising offensive dynamo Julius Randle for the next two years as a frontcourt mate for the promising Robinson.

After decades of forcing the issue via trades and with bloated contracts offered out of sheer desperation, the Knicks, for once, are betting on their youth in a big way.

Let’s wait and see how it shakes out for a franchise in need of some good fortune.