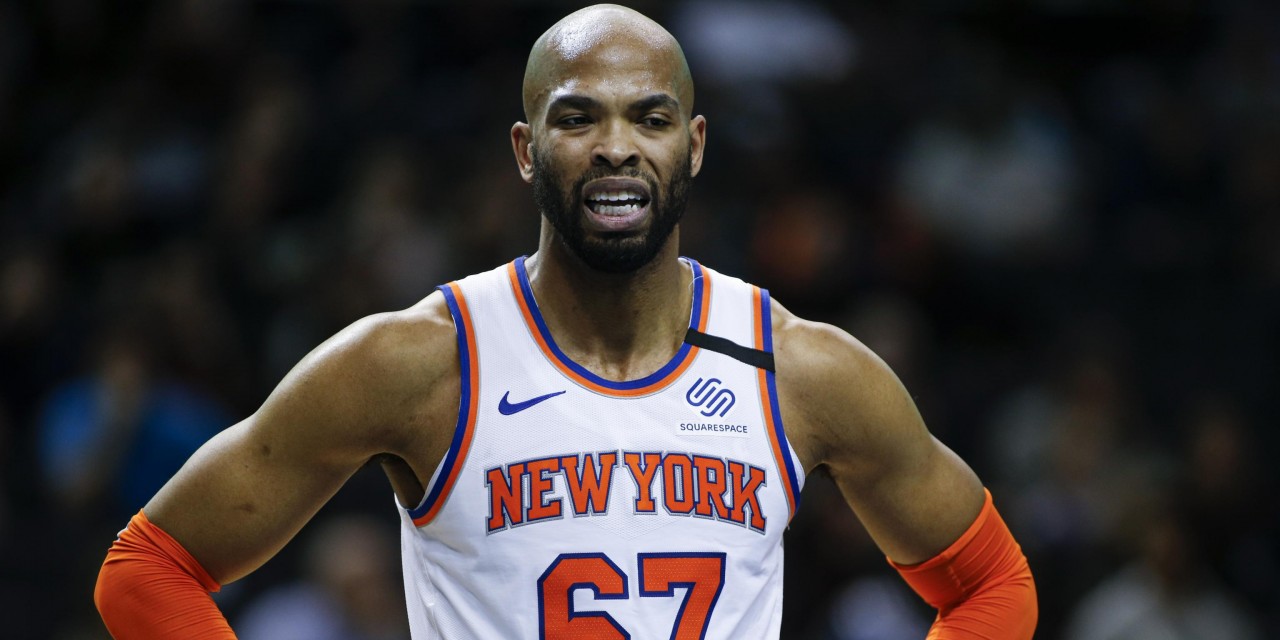 The Knicks are signing free agent big man Taj Gibson, who started the majority of games at center last year, in a reunion with Tom Thibodeau.

The Knicks have brought back big man Taj Gibson. The deal was first reported by SNY’s Ian Begley and later confirmed by Shams Charania of The Athletic.

To make the signing possible, New York is waiving forward Omari Spellman, per Begley. The 23-year-old big was acquired by the Knicks via trade with the Minnesota Timberwolves in November, but a right knee injury has kept him sidelined for New York’s eight regular-season games.

Gibson, a 35-year-old native of Brooklyn, spent last season as a Knick. His leadership and playoff experience made him an attractive get for the rebuilding Knicks. He started in 56 of the 62 games he appeared in and averaged 6.1 points and 4.3 rebounds in 16.1 minutes per game, all of which are career lows.

In the offseason, Gibson was included in a collection of veterans let go by New York. He is the second player of that group to rejoin the Knicks, along with Elfrid Payton.

In addition to being reunited with the Knicks, Gibson is also set to play for Tom Thibodeau yet again. With the exception of only three seasons of his 11-year career, Gibson has exclusively played with Thibodeau as his head coach. Gibson arrived in Chicago one year before Thibodeau became the head coach of the Bulls. They were together in Chicago from the 2010–11 season to the 2014–15 season. Gibson signed with the Minnesota Timberwolves the season after Thibs took the reins there. They partnered up for two seasons before Thibodeau was fired.

The signing of Gibson comes at a time where the Knicks are in serious need of depth. Several injuries to key players, including backup bigs Spellman, Obi Toppin, and Nerlens Noel, have left the team depleted. Gibson should slide right into the backup center spot behind Mitchell Robinson—reversing the roles from last season—and help New York continue their strong start to the 2020–21 season. The Knicks, at 5-3, are off to their best start since the 2012-13 season.