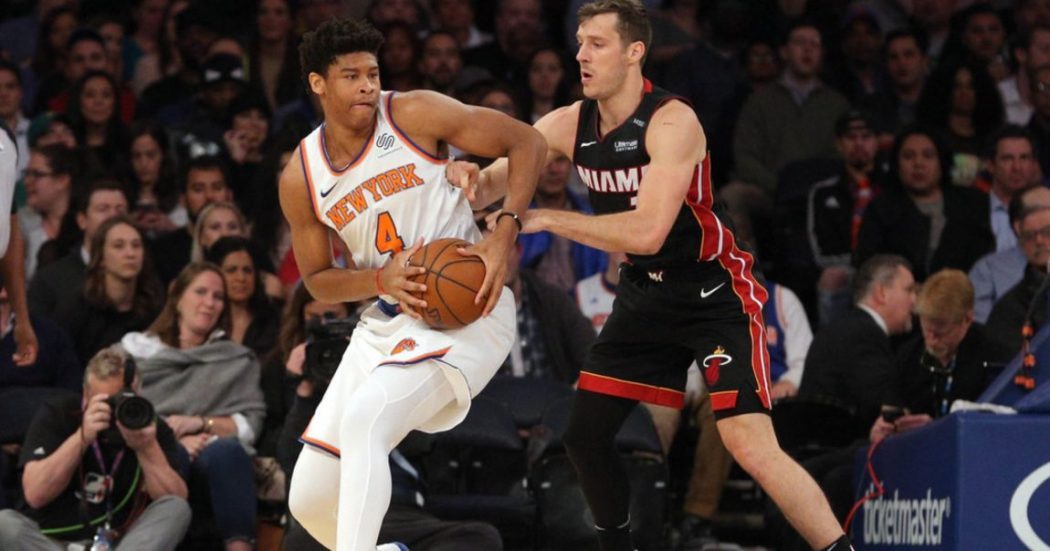 Hicks will be back in New York for a second year after signing a two-way contract on Tuesday.

The Knicks have signed forward Isaiah Hicks to a two-way contract, per ESPN’s Ian Begley.

The agreement comes just days before the Knicks begin summer league play in Vegas, with Hicks expecting to play a significant role on the team. Westchester head coach Mike Miller will be coaching the summer squad, giving Hicks a familiar face on the sideline.

Hicks averaged 4.4 points and 2.3 rebounds in 18 games last season with the big club. In 36 games with the Westchester Knicks, he put up 15.6 points and 7.8 rebounds while providing a stabilizing presence for a team in flux.

The North Carolina product will presumably spend most of his time in Westchester, especially early in the season as David Fizdale and company attempt to sort out this young, inexperienced roster. A player on a two-way contract can spend up to 45 days with their NBA affiliate, so look for Hicks’ year to play out similarly as it did to last year.

The Knicks now have 17 players under contract, with 15 NBA deals and two two-way contracts—Hicks and Allonzo Trier. Scott Perry and the rest of New York’s front office can sign up to 20 players, but they’ll need to either trade or release a player currently signed with the team before opening night to bring the roster down to the allotted 17 spots.

Your 2018–19 Knicks, ladies and gentlemen. Of course, unless Courtney Lee is traded. Or Enes Kanter is traded. Or Joakim Noah is bought out. You get it.