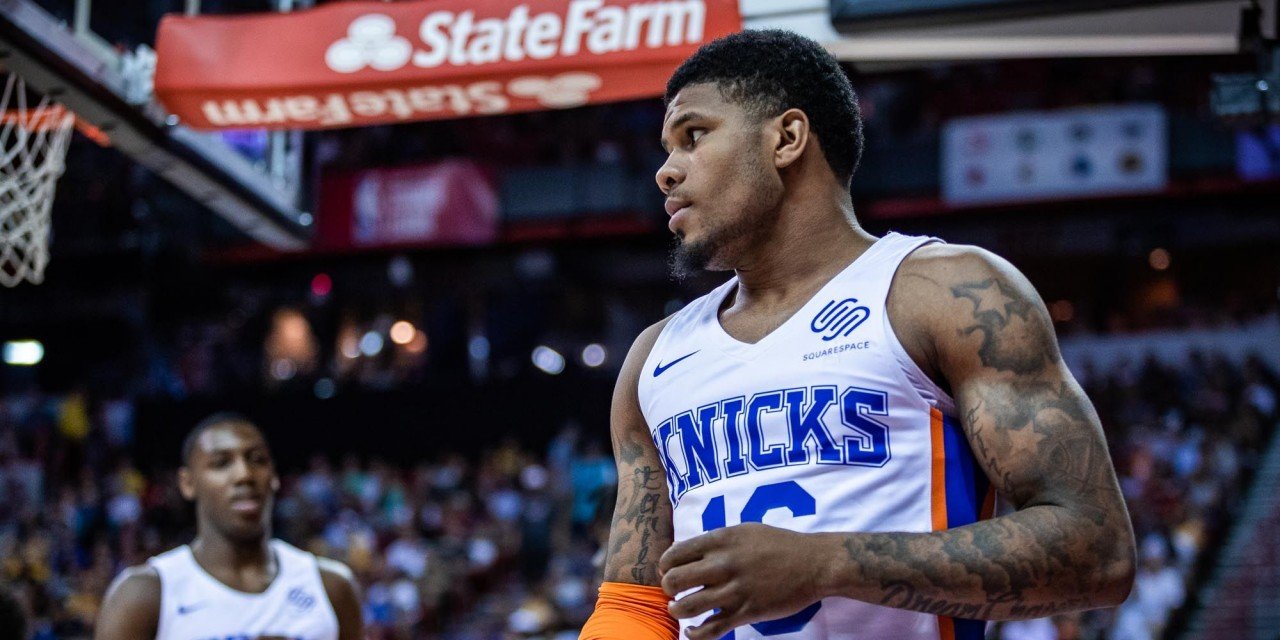 The Knicks extended essentially a training camp invite to Mississippi State product Lamar Peters on Sunday evening. He played on their Summer League team, too.

Peters, 21, spent three seasons at Mississippi State where he made a name for himself with the penchant for long balls. Peters would go on to play with the Knicks in the NBA’s Summer League in Las Vegas, Nevada, and despite not exactly impressing the layman—he quite literally only scored a single point in four games—New York’s front office is supposedly impressed enough to extend another contract to Peters.

Peters will likely be a training camp invite since the Knicks’ roster is at full capacity (15 players and a pair of two-way contracts after the seven-player free-agency splurge and the draft’s two-man haul in incoming rookies R.J. Barrett and Ignas Brazdeikis).

Thus, Peters will likely have to jockey for a spot in the G League, probably with the affiliate Westchester Knicks, who lost their head coach in the offseason as former Coach of the Year Mike Miller was promoted within the organization and joined David Fizdale’s staff for the 2019–20 season.

The Knicks, along with the other 30 NBA franchises, can invite up to 20 players to their training camp. Peters will be one of the three additional players likely heading to the preseason with the ‘Bockers. Oregon big man, who actually impressed in the Vegas exhibition tournament, is another training camp invite.

Per the Knicks’ official website, the 16 official players signed at the moment (besides two-way Kris Wilkes, who’s mysteriously left out) are:

»READ: Why not buy into the Ignas Brazdeikis hype?