Knicks By The Numbers: Diving Into Team Statistics Versus Atlanta Hawks 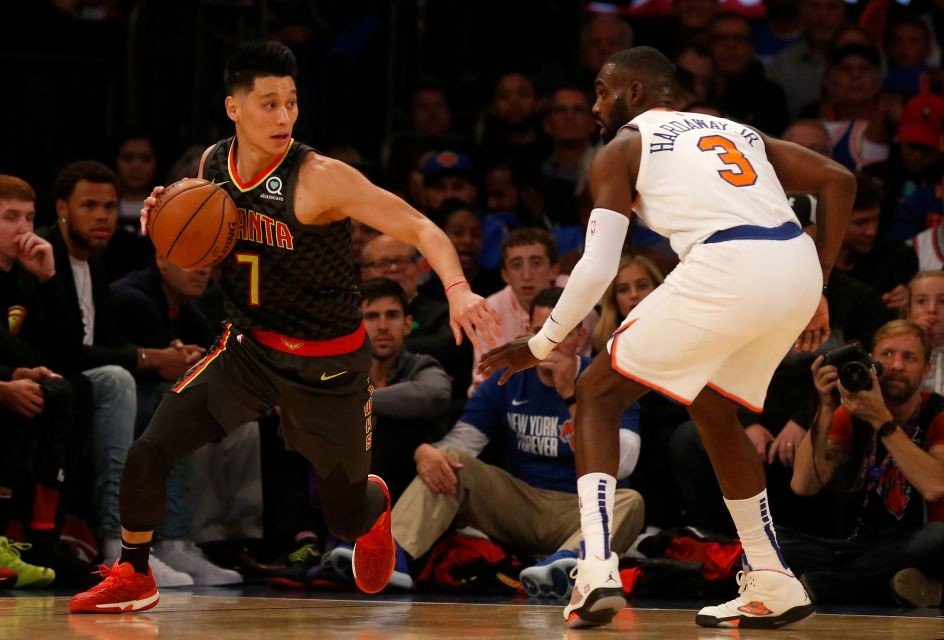 Each week, we’ll bring you the advanced numbers and necessary context to learn more about the Knicks. First, let’s look at New York’s home victory against Atlanta.

Throughout the season I’ll be diving into the team stats from individual games, to get a picture of exactly how the game played out the way it did, identify trends to watch, and single out specific strengths and weaknesses. Game no. 1 of 82 was a thumping 27-point win against the Atlanta Hawks. Let’s jump in.

*Sample size disclaimer; for the first quarter of the season, numbers will fluctuate almost as much as Tim Hardaway Jr.’s jumper, so all statistics should be seen through this lens of caution. Regardless, we can still get insight from the nightly numbers.

New head coach David Fizdale seems to have this young group buying into to his vision of a gritty and disruptive defensive identity. In holding the Hawks to 99 points, two defensive areas shined brightly for the Knicks: forcing turnovers and rebounding. New York’s defense forced a turnover on a massive 22 percent of Hawk possessions, with Atlanta repeatedly coughing up the ball as the Knicks implemented an aggressive scheme. This was by design; a means of generating easy offense in transition (more on this later) for a Knick roster that is short on halfcourt shot creators and heavy on athletes.

The other defensive strength was on the glass. The Knicks limited the Hawks to grabbing just 14 percent of their own misses, getting next to nothing in the way of second chance points. With Enes Kanter (11 boards) and Noah Vonleh  (10 boards) in the middle, the defensive glass should be a strength this year. The emphasis on playing with pace, and pushing off misses, also helps, as Fizdale has empowered everyone to crash the glass and run. Frank Ntilikina, Hardaway, Trey Burke, Ron Baker, Allonzo Trier, and Mario Hezonja combined for 27 rebounds on a night when the Knicks monopolized the glass.

In a dynamic that will be crucial to the Knicks’ defense all season, the aggressive scheme that forced all those turnovers also led to the Hawks getting great shots. Effort and intensity are the easy bits of a successfully aggressive halfcourt defense—the hard part is recovering on the possessions when you don’t generate steals. Sustainable aggression is a difficult tightrope to walk in the NBA, where good teams will leverage it against you, as they did against the early Jason Kidd helter-skelter schemes when he was the head coach of the Milwaukee Bucks.

The Hawks got the looks they wanted against the Knicks, to the tune of 80 percent of their shots coming at the rim and from three. I’m sure Fizdale wouldn’t be happy with giving up an opponent shot profile where 11 percent of Atlanta’s total shots came from the corners, the most valuable shot in basketball.

This is the cost of that 21.6 percent turnover rate and the disruptive scheme underpinning it. Admittedly, the Hawks shot pretty badly on the night, especially from the corners—an underwhelming 33 percent—and at the rim, 63 percent—which may be partly attributable to good closeouts and defensive activity, but, worryingly, not enough to outweigh the real cause of this poor shooting; the fact that the Hawks are one of the worst teams in the NBA. Good teams want the shots the Knicks gave up last night, and they will make them, which is why good defenses don’t give them up in the first place.

This discrepancy somewhat makes sense; it’s easier to run and score off a turnover than a rebound. Both the frequency and efficiency of transition after a defensive rebound is oddly low though. The low frequency (27 percent) looks like a stylistic decision to get into the halfcourt offense rather than force the issue in transition, which, looking at the efficiency of the possessions when they did run off of rebounds, may have been a good decision.

Mario with the defense to start the break.

This is backed up by the halfcourt offense numbers, where the Knicks scored an impressive 109.3 points per 100 halfcourt possessions. More impressively, they did this with poor shot distribution from a pace and space perspective, and while failing to capitalize on put-back opportunities off offensive rebounds, of which there were many.

The Knicks’ shot distribution was the inverse of the Hawks’. The opening night half court offense was heavy on midrangers (38 percent of total attempts) and especially the worst type of midrangers, long midrangers (20 percent)—at the expense of shots at the rim (35 percent) and threes (30 percent). Basically, the Knicks took three times as many long midrangers (the worst shot in basketball) as corner threes (the best shot in basketball). That does not paint an analytically pretty picture!

Importantly though, and again the inverse of the Hawks, the Knicks mostly shot the ball really well. A solid 40 percent from three-point range and 66 percent at the rim was the basis for a healthy 54.3 percent eFG%. As if Fizdale needed more reason to deter his team launching those long midrangers, the Knicks only made 30 percent of those opportunities. Basically, they took too many bad shots and didn’t make them, and too few good shots and did make them. Turning those long two’s into threes should be an easy sell and a priority for the coaching staff going forward.

The Knicks destroyed the Hawks on the offensive glass, snatching 34 percent of their own misses. As I mentioned before, despite this work on the glass, they failed to convert these second chances into points, scoring only 66.7 points per 100 put-back possessions. Despite this low efficiency, the rebounding differential on both ends of the floor was a huge advantage for the Knicks. It felt like the Knicks were rushing shots after an offensive rebound, which could be explained by the new rule shortening the shot clock to 14 seconds on second chance possessions, to which the players are adapting.

A good win, but one which hinged largely on the fragile foundation of transition offense generated by aggressive defense, at the cost of an opponent’s shot distribution chart which, against better teams than the Hawks, would have been fatal. Going forward, against better teams, the Knicks won’t be able to have their cake and eat it, benefiting from transition without being punished for the aggressive defense fueling this transition offense. This is a dynamic to watch going forward.