The Knicks Can’t Keep Turning the Ball Over 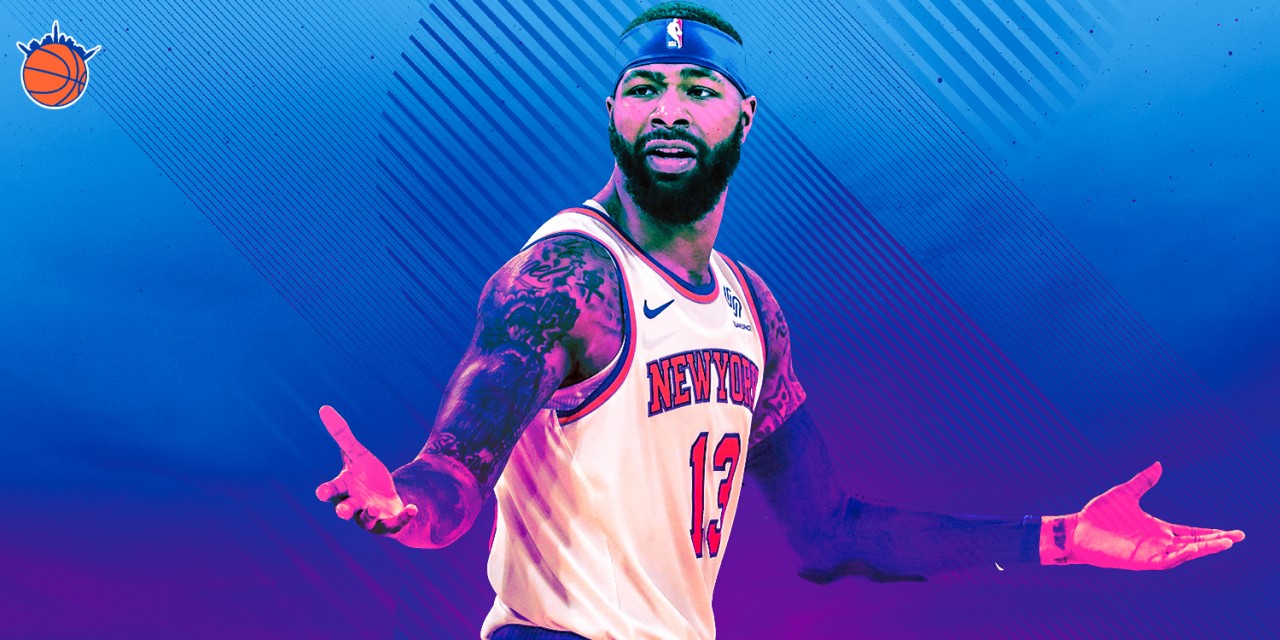 One of the most prominent issues for the Knicks through five games is the constantly high number of turnovers. How do they stop fumbling?

The Knicks have embraced the spirit of Halloween by horrifying their fans almost all October. The team’s offensive performance has been particularly ghastly, even given the small sample size. Prior to their last two games against the Chicago Bulls and Orlando Magic, the Knicks led the league in turnovers—averaging 22 a game—while running the ninth-most plays in isolation.

Better performances against worse teams have brought both those numbers down; New York is averaging 18.4 turnovers a game—still far too many—and is running the 12th most isolations.

This combination of stagnation and inattentiveness has made for some particularly putrid basketball during the opening of this season. Turnovers have hamstrung New York’s offense in all four games, but their effect was the most glaring in the Knicks’ 113-109 loss to the Nets—perhaps because it’s been the only game that was close in the final minutes.

After Kyrie Irving put Brooklyn up by two points with just over 21 seconds remaining, the rest of the team cleared out as this offseason’s marquee signing, Julius Randle, took on center Jared Allen one-on-one and subsequently lost the ball out of bounds. Nets win.

Some sloppy play should be expected with the number of new additions to New York’s roster this year, yet the sheer offensiveness of the Knicks’ offense has been troubling. Only the Kings, Magic, Cavs, and Thunder have posted lower offensive rating to this point in the season. And unsurprisingly, the Cavs and Thunder are two of the teams with higher isolation rates than the Knicks.

In recent seasons—following a period of dominance by motion offenses, best exemplified by teams like the Spurs and Warriors—players like Kevin Durant and James Harden have reminded everyone that in the right hands, an isolation can be an efficient play. Unfortunately, the Knicks don’t have a player of that caliber on their roster.

A possible reason for their reliance on isos is their point guard rotation. Dennis Smith Jr. clearly is not right, his back likely at the root of his refusal to drive into the lane to break down defenses. Despite his showing in the FIBA World Cup, Frank Ntilikina still has an apparent philosophical objection to putting the ball through the hoop. And not only is Elfrid Payton Elfrid Payton, but he’s also injured his hamstring in the team’s first win of the year.

It’s no coincidence that in said victory against the Bulls, the Knicks had just four turnovers in the fourth quarter, or that some of the biggest shots were made when Randle was able to find an open Portis as the roll man. Less encouraging was that Randle was responsible for three of those turnovers, but they ceased when he began to look for the open man.

Optimistic fans can blame a lack of chemistry on the early struggles, and hope that win gave Fizdale a blueprint. He’s clearly been looking for one: “We’re trying to take turns right now. We end up forcing situations,” the head coach said after their loss to Boston. “The team defenses aren’t going to just let you go one on one and attack that way. You’ve got to move the ball.”

The Knicks have more than their fair share of winnable games coming up. Over the next three weeks they’ll play the Kings, the Bulls, the Hornets, and the Cavs twice. If the Knicks are going to meet fans’ already-tempered expectations, then their crawl towards competence starts here.

Against Chicago, the offense looked best when they would get Randle going downhill. In the fourth quarter he was getting into the middle of the paint with enough space to make the right play.

There have been signs of improvement during both the second half of their win against the Bulls, and their first half against the Magic. They took the loss in Orlando, but they also compiled a season-low 11 turnovers. Not coincidentally, Randle tallied a season-high seven assists.

If the Knicks are going to turn it over as often as they have while in isolation, then there’s no reason not to instead whip the ball around the court. Worst case is the results are the same, and it’ll be a lot more fun to watch.

»WATCH: TKW Highlights: Frank Ntilikina gets a shot against the Magic