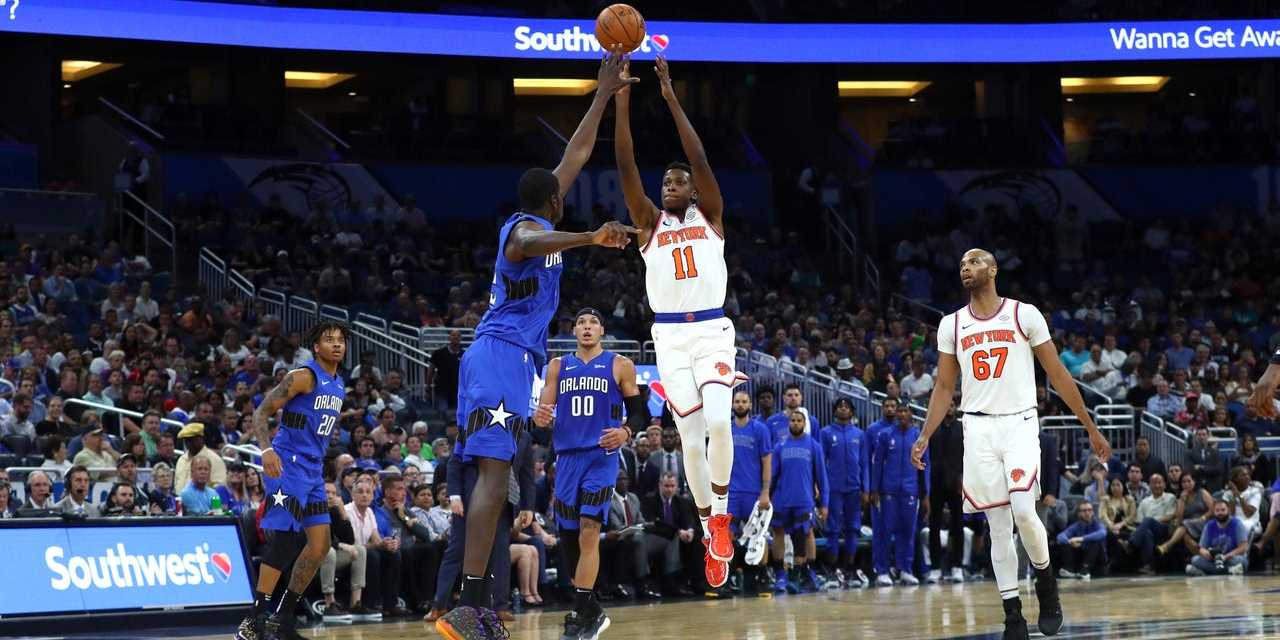 The Knicks let up a 16-2 fourth-quarter run en route to a disappointing loss to the Orlando Magic on the road by the score of 95-83.

The Knicks fell short to the Magic to bring their record to 1-4, and the loss felt especially disconcerting due to the nature of the game. This was not a game that was out of reach from early on; instead it was a winnable contest, yet it kept slipping away.

Marcus Morris has been quick to reference the “glory days” of the Knicks that he looks to emulate. He has invoked the hard-nosed ’90s Knicks identity that he admires and aspires to bring back to the Garden.

Wednesday’s defeat was probably the closest Morris and the rest of the team have come to the ’90s pastiche—and not always in the best way. In a gritty, defensive matchup where points were hard to come by for both teams, the Knicks and Magic combined to score 178, significantly lower than Vegas’ already-low prediction of 206 points.

While a low-scoring defensive game is not necessarily a bad thing, this game showed the downside of that style of basketball. The Knicks struggled mightily to score, especially in the second half, where they tallied just 39 points in the third and fourth quarters combined. The Magic seemingly would go on a run every time the Knicks closed the gap, which was culminated with a 16-2 run in the final seven minutes to put the game to bed.

With Elfrid Payton out with a hamstring injury and Dennis Smith Jr. taking time off to grieve the loss of a family member, fans thought third-year guard Frank Ntilikina would be the obvious choice to start at point guard. David Fizdale thought otherwise, starting rookie R.J. Barrett and shooting guard Wayne Ellington in the backcourt. He explained that he did not want to risk Ntilikina getting in foul trouble to justify that decision.

Ntilikina gets another opportunity with increased minutes

After only playing three minutes in the first three games, Ntilikina received another chance at playing time with the absence of Smith and Payton. The Frenchman received a season-high 29 minutes on Wednesday, where he had an opportunity to again demonstrate his defense prowess.

Ntilikina was a large part of the Knicks’ defensive accomplishments tonight, and had some success on offense early in the first half—including a buzz-beating three at the end of the first quarter.

FRANK DRAINS IT FROM THE BRONX AT THE BUZZER pic.twitter.com/3j0rzBOeJS

The second-year center has flourished in every opportunity on the court. Per usual, Robinson was a force on both ends of the court, impacting the game with his shot blocking and finishing. While he finished with three blocks in the game, he could be credited for changing the shots of many more as the Magic struggled to finish in the paint with Robinson on the floor. He also showed off additions to his offensive game finishing with 12 points, including not only his usual alley-oop finishes but also a nifty spin move for an easy bucket.

After a disappointing fourth quarter, the Knicks were not able to hold on to the victory. The Knicks are back it again in Boston against the Celtics on Friday at 7:30 p.m. EST.