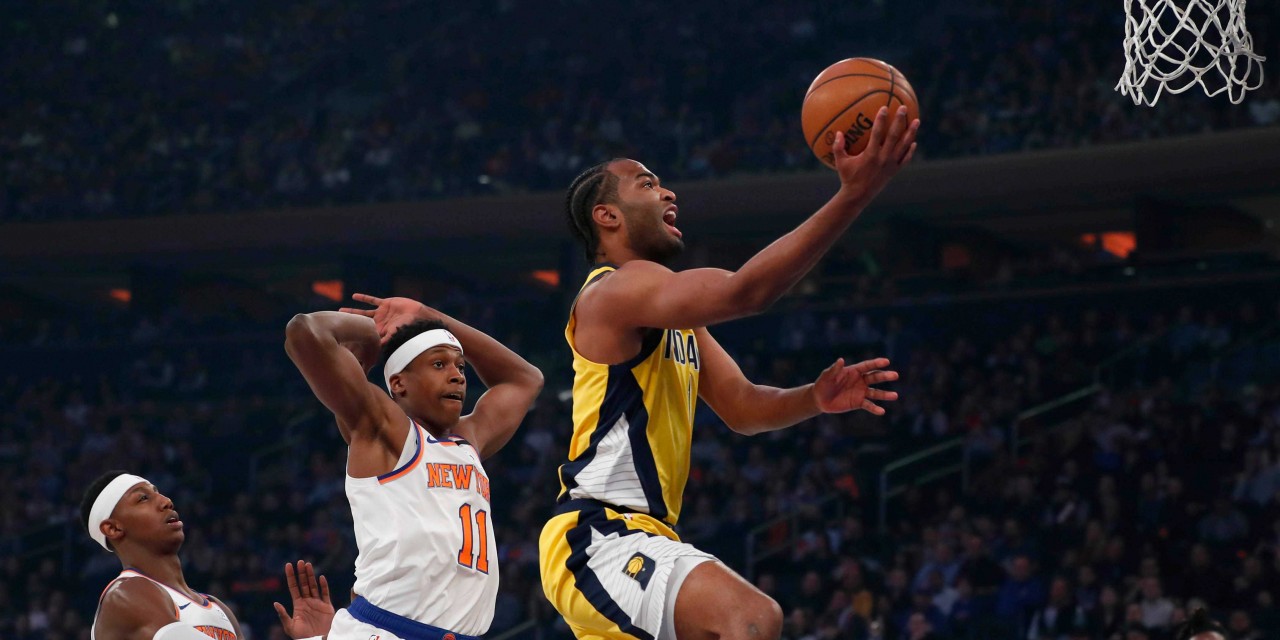 It was too little too late for the Knicks at home in their first game back from the All-Star break, losing by eight to the Pacers.

Before the game, interim head coach Mike Miller spoke highly of the break and how necessary it was for the team: “It was at a good time for everybody, mentally, physically, to have a chance to get away a little bit,” per Peter Botte in the New York Post. He went on to say that it was time to go into things full force, adding that there was no way to ease your way into it.

The Knicks came out in the first quarter with high energy and an elite defensive performance, holding the Pacers to just 15 points in the first frame. New York showed positive signs on both sides of the ball in the first, but that may be due to the fact that the Pacers couldn’t hit the broad sign of a barn in the first organized ball game post–All-Star break.

Things started to crumble in the second quarter, however, as the Pacers put up 36 in the second period, including seven points from former Knick Doug McDermott. The Eastern Conference playoff hopefuls remained hot for the rest of the contest. New York went into the half only down seven, with signs of life still at large.

The fourth quarter included  some interesting lineup choices from Miller (more on these later) for better and worse. The Knicks played their best offensive quarter of the game and were able to go on another seven-point run that cut the deficit to 91-85 with six minutes remaining. It looked as if the Knicks were going to make a push to win their return game.

Unfortunately, the Pacers were able to answer with a run of their own. Much of the fourth quarter stayed in a sort of basketball purgatory: the score bounced from anywhere between six and 12 points repeatedly for the last six minutes, with the Knicks never being able to hit the shot to get over the hump. They were able to cut it to four with just 23 seconds left, but it was too little too late. The Pacers made their free throws and put the game away.

RJ BARRETT IS IN HIS BAG pic.twitter.com/qcFWTSQtWb

The Knicks have another short break following this game, with three days off until they travel to Houston to play the center-less Rockets at 6:00 p.m. ET.