Knicks Come Up Short in Brooklyn in Wild Ending 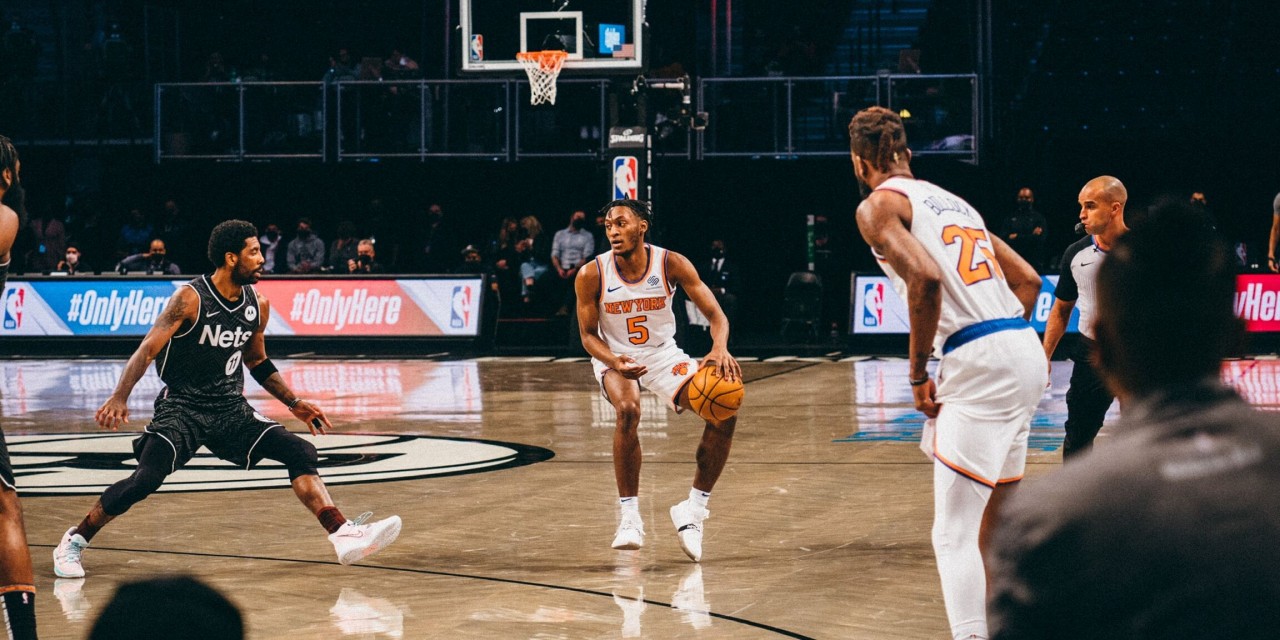 A frantic defensive effort in the fourth quarter pushed the Nets to their limit, but the Knicks couldn’t get all the breaks.

In the battle of New York basketball, the Brooklyn Nets (27-13) got the best of the New York Knicks (20-20), by a score of 117-112. The Knicks, who trailed by 12 at halftime, made a strong push in the fourth quarter to cut the lead to as little as three, but just couldn’t overcome the juggernaut that is the Nets, who have now won five straight.

The rare national television appearance for the Knicks was a barn burner, as Julius Randle had an opportunity to tie the game with a three but was called for a travel after jumping up and landing without releasing the ball. Randle was livid after the game and had to be restrained by teammates.

The season series now leans two games to zero in favor of Brooklyn. James Harden had yet another triple-double with 21 points, 15 rebounds, and 15 assists. Kyrie Irving had 34 points and in Kevin Durant’s absence, fellow DMV native and battle-tested veteran Jeff Green stepped up big time, with 20 points and six rebounds, per ESPN Stats. The Nets simply had too much firepower for the Knicks to handle tonight, even with Durant on the sidelines.

The aforementioned Randle had another big game with 33 points, 12 rebounds, and six assists. Immanuel Quickley got his first career start with Elfrid Payton on the shelf with a hamstring injury and Derrick Rose away from the team for personal reasons and played pretty well, scoring 21 points in the losing effort. R.J. Barrett continues to silence the doubters with another strong outing with 23 points, six rebounds, and four assists.

As they often do, the Nets shot the ball extremely well this evening, making 57.9% of their shots from the field, compared to the Knicks, who shot a subpar 40.2%. Considering this stark disparity, it was surprising to see such the difference in the game was only five points. This is a testament to the Knicks’ fight and willingness to compete for 48 minutes, even if they are playing a significantly more talented opponent.

Not So Great Eights

It was a night to forget for the Knicks’ eight overall picks, Obi Toppin and Frank Ntilikina, who combined to throw up a goose egg in the points department in 20 combined minutes. With the Knicks missing some key pieces this evening, they needed to get some sort of production from guys like Toppin and Ntilikina, but both were ineffective offensively tonight.

Patience has worn very thin for Ntilikina, particularly on offense, and Toppin hasn’t exactly turned heads this year either, but there is still time for him to turn it around.

It doesn’t get any easier for the Knicks, as they are back in action tomorrow in Philly against the Sixers.