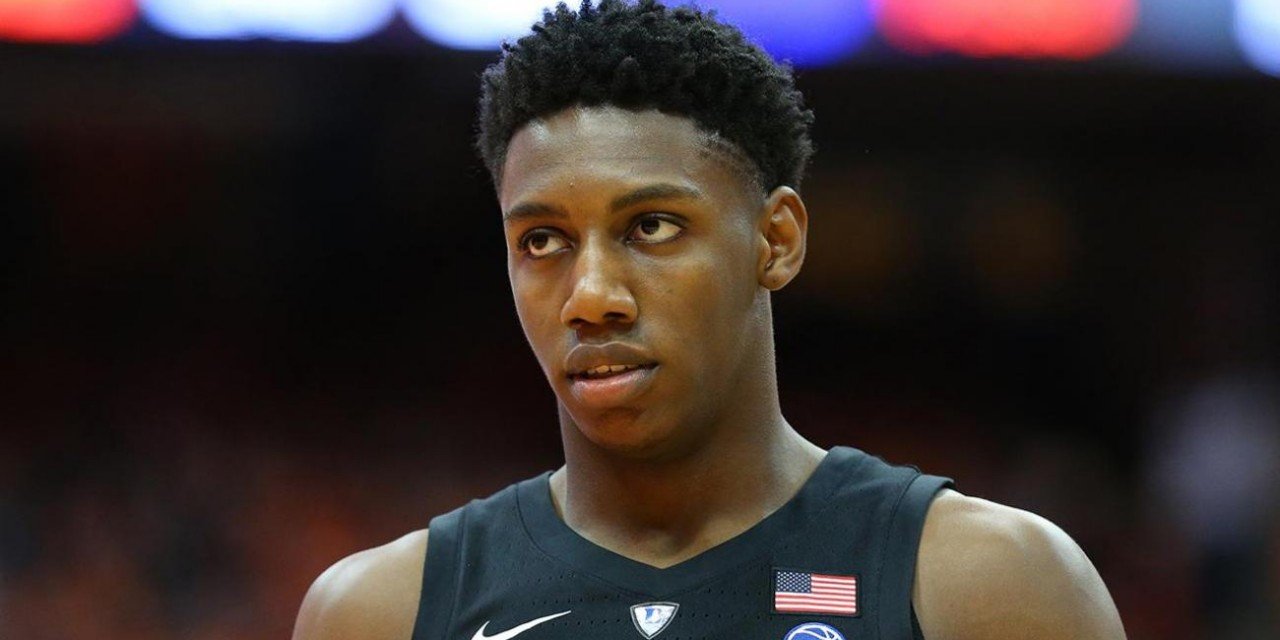 The New York Knicks are rumored to be considering a deal centered around the Atlanta Hawks’ two selections at 8 and 10 in the NBA Draft.

With fewer than three weeks until the clock starts ticking on the 2019 NBA draft, the rumors are starting to swirl. ESPN’s Jonathan Givony is reporting Friday morning that the Knicks, who have the third pick in the draft, are exploring their options at possible scenarios to trade down in the draft. The potential trade down would be in pursuit of players to better complement superstars the team is gunning for in free agency, like Kevin Durant and Kyrie Irving.

The one conceivable trade floating around is swapping the Knicks’ third pick for Atlanta’s picks at no. 8 and 10. Atlanta acquired Dallas’ now-10th pick last season in the infamous Trae Young for Luka Doncic swap on draft night. SNY’s Ian Begley reports that New York is just doing due diligence with Atlanta, and that a potential deal is not under “serious consideration.”

The Knicks Wall has covered what trading down would potentially look like, which involves a mixed history of great deals and complete disasters.

Part of Givony’s reporting also reveals that R.J. Barrett declined a workout with the Grizzlies, whose ownership has made it clear they are taking Murray State’s Ja Morant.

Each team does its own research on draft prospects, but since it’s an open secret that Memphis is going with Morant, it seems Barrett isn’t interested in working out for a team that isn’t drafting him.

New York’s front office has shown an interest in players outside of R.J., as some are reported to be high on Jarrett Culver and Cam Reddish. Other prospects New York is interested in could fall to that potential 10th pick as well, like North Carolina one-and-dones Nassir Little and Coby White.

As we get closer to the draft, the top of the draft order will become more clear. The Knicks’ third pick could be a foundational piece to any trade landing them Pelicans star Anthony Davis, who met with new EVP David Griffin yesterday to discuss his future with the team.

Davis has made it clear to the new front office that he still wants out of New Orleans, and the Knicks are reportedly infatuated with him. Trading back in the draft wouldn’t help their chances to acquire him, however.

Picks 8 and 10 shouldn’t be enough to trade down in a draft that is sorely lacking talent outside of the top few players. Unless the Knicks have the knowledge that a player they deem top tier is going to fall to the 10th pick, it would be hard justifying a draft day trade without other assets involved.

Regardless, it’s good to know the Knicks’ front office is doing all the research they can heading into an incredibly important offseason.

»READ:Are the Knicks bad at drafting or development?