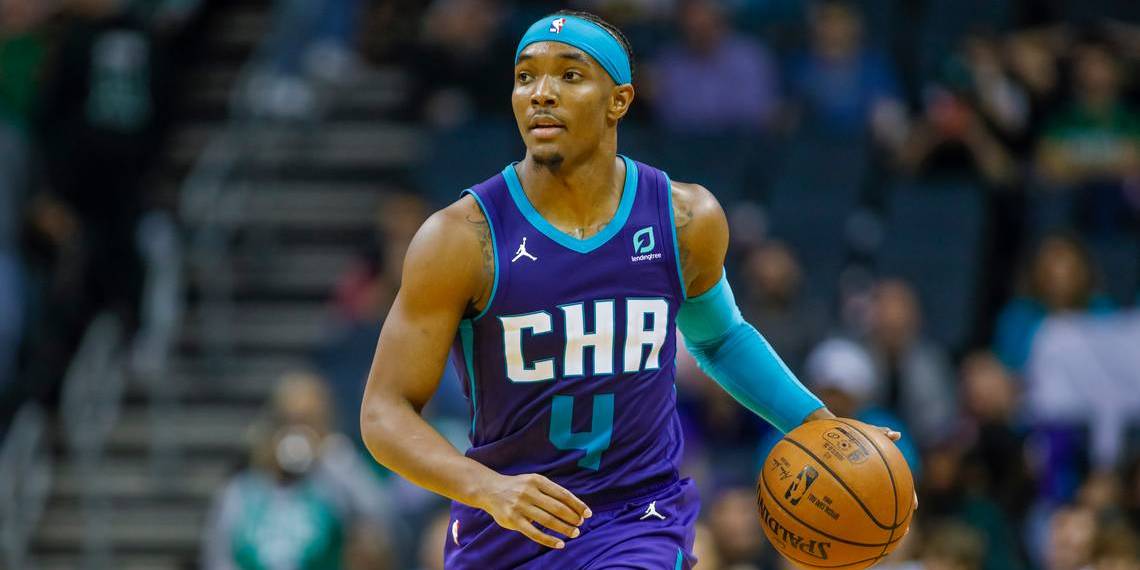 After a thrilling win against Public Enemy No. 1 and the Mavericks, the Knicks are still at home against the visiting Charlotte Hornets.

The New York Knicks are back in action tonight as they face the Charlotte Hornets at 7:30 p.m. ET in the second game of their three-game home stretch.

The Knicks, 3-9, are coming off a hard-fought 106-103 victory against the Dallas Mavericks, spoiling Kristaps Porzingis’ homecoming. The Knicks fans provided a hostile environment for Porzingis as the Knicks kept control of the game and fended off the Mavericks’ attempted comeback.

History (from a week ago) has shown that a victory over the Mavericks leads to a flat and pathetic homestand against a worse team the very next game. Hopefully, history doesn’t repeat itself.

The Hornets, 5-7, have been better than expected after letting Kemba Walker, their All-NBA point guard and face of the franchise, leave in free agency. Despite being expected by just about everyone to be the worst team in the league, they’ve been rather decent. They are tied for the second-youngest team in the league.

Charlotte is led by second-year point guard Devonte’ Graham. The 24-year-old Kansas product is averaging 18.0 points, 7.5 assists, and 3.5 rebounds while making 3.1 three-pointers per game on 38.9% shooting from deep.

Graham was drafted 34th overall in the 2018 draft by the Atlanta Hawks, who then dealt him to Charlotte on draft night. Much of Graham’s rookie campaign came in the G League, where he averaged 23.3 points, 4.9 assists, 4.5 rebounds, and 1.5 steals per game with the Greensboro Swarm. He played in 46 games with the Hornets last year, averaging just 4.7 points and 2.6 assists in 14.7 minutes per game.

The Hornets also boast two impressive young forwards: sharpshooting rookie P.J. Washington and uber-athletic sophomore Miles Bridges. Washington is averaging 12.6 points and 5.8 rebounds on 50.0% from the field and 50.0% from deep. Bridges is averaging 12.6 points, 5.2 rebounds, and 2.3 assists while shooting 47.6% from the field and 39.2% from three.

The Hornets are also a weak defensive team. They allow the highest opponent field goal percentage and the 10th highest points per game in the league.

The Knicks announced a slew of injury updates Friday morning. R.J. Barrett, Frank Ntilikina, and Taj Gibson are all listed as probable for tonight’s matchup. All three started in New York’s previous game.

Mitchell Robinson played 22 minutes in the Knicks’ previous game after missing the prior three games with a concussion. David Fizdale said Robinson will continue to come off the bench. According to Marc Berman of the New York Post, one reason why is to keep Robinson and Dennis Smith Jr. in the same rotation.

Elfrid Payton, who has missed the Knicks’ last eight games, is listed as day-to-day, per NorthJersey’s Chris Iseman.

Taj Gibson was named the starting center when Robinson went down and will start for the fifth straight game tonight. Gibson is averaging 9.3 points, 6.0 rebounds and 1.8 assists on 65.4% shooting in 21.4 minutes across the four games he started.

Gibson doesn’t boost the Knicks’ defense like Robinson does, but is still among the best interior defenders on the team. He has also shown promise as the screener in the pick-and-pop, converting on several shots from the midrange.

Dennis Smith Jr. is coming off his best game of the season. It was his first game all year playing more than 15 minutes and he took advantage of it. He ended the night with 13 points on 5-of-12 shooting (including 2-for-4 from three), eight assists, and six rebounds.

For the first time all year, Smith looked comfortable. He was confident and smart with the ball. He took four threes in his four previous games before launching four in one game.

The beginning of Smith’s 2019–20 season—the third of his career and first to start in New York—couldn’t have been worse. He put up three poor performances, missed eight games due to bereavement, and put up another bad performance in his return.

Against his former team, Smith found his NBA legs again. His composure was the most promising takeaway from his performance.

According to SNY’s Ian Begley, Smith called the winning effort “bittersweet” since his stepmom wasn’t able to see it in person.

“It was kind of bittersweet for me, beating the team that traded me but my stepmom wasn’t here to see it,” Smith Jr. said. “…. I had to take some time out to myself and really digest something like that. She watched every game. Every single game. Even when I was in college.

She was a Tar Heel fan. When I went to NC State, she rooted for NC State. So it put things into perspective.”

Smith finding his groove is a terrific development for the Knicks, who could use all the help they need to turn this troublesome season around.

»READ: In the midst of another rumor storm, David Fizdale locks in on “character” on his team