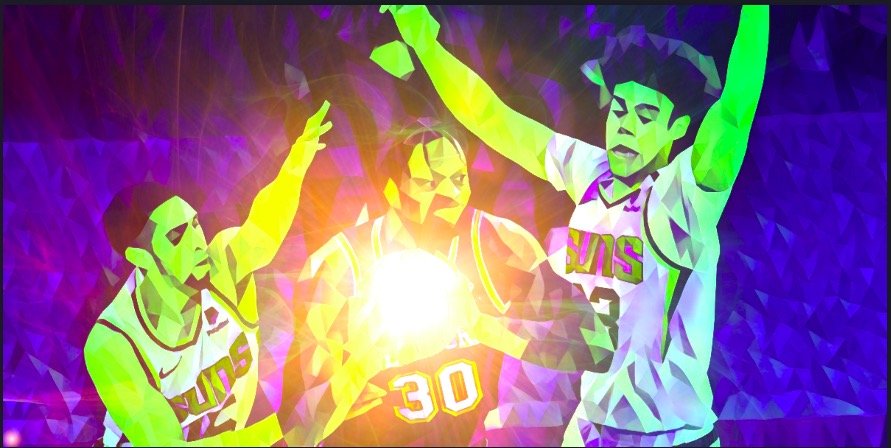 After dropping a game to Golden State, the New York Knicks look to bounce back in a Sunday afternoon tip against the Phoenix Suns.

The New York Knicks (7-9) travel to the Footprint Center in Phoenix, Arizona to face the Phoenix Suns (9-6). This is the fourth game of New York’s current five-game road trip, where the Knicks currently sit at 2-1. Last season, the Suns won all three matchups between the two teams.

How about the Knicks?

It seemed like New York turned the corner to start this road trip. Both performances against the Utah Jazz and Denver Nuggets looked promising. The rotations were encouraging and the defense came alive. It felt like regardless of the end result of this brutal 12-game stretch, the Knicks were going to come out and fight. Then, they came out and laid an egg against the Warriors and we’re right back to square one.

What are we doing pic.twitter.com/OYoBtklQPF

After being critical of Tom Thibodeau for the better part of two years, I’m intrigued by some of his recent lineup usages. The decision of using Cam Reddish as a starter has largely paid off, we’re beginning to see larger sample sizes of Obi Toppin and Julius Randle together, and shifting Jalen Brunson, Immanuel Quickley and Derrick Rose amongst the guard spots has been solid.

However, Reddish left the last game with an injury and will most likely miss the game against the Suns. Thibodeau could use this as a chance to reincorporate Evan Fournier back into the rotation, even for a brief 10 min spell. However, the best move is to move Quickley into the starting role. Despite not shooting well, Quickley is playing well in every other aspect of the game and should fit well between Brunson and RJ Barrett.

I’m still firmly in my stance on this team, but they’ve been trying to turn the corner. Let’s see if they can not only do it but remain there for the rest of the season.

Show me my opponent

Despite six losses on their record, the Phoenix Suns are really good. Ranking in the top ten in both offensive (3rd) and defensive (8th) rating entering the game, the Suns have done a good job balancing a top-heavy roster, currently dealing with injuries and age. At 37 years old, Chris Paul (9.5 points, 9.4 assists, .522 TS%) is slowing down, but still running the show. Devin Booker (28.1 points, 6.1 assists) is among the elite guards in the league and Mikal Bridges (15.9 points, 5.5 rebounds, 3.4 assists, 1.1 steals, and 1.1 blocks) is an excellent two-way player. Can’t forget about Deandre Ayton (14.8 points, 7.8 rebounds) either.

The Cam Johnson injury hurts as Pheonix’s bench is already in shambles. Cameron Payne is playing closer to his 2020-21 levels, but the likes of Jock Landale, Torrey Craig, and Damion Lee can only sustain for so long.
Each brings a different skill, but the Suns will have to find another move if they want to compete in the playoffs and for a title this year. All in all, this is a good team with experience and should be looking to make one more move, whether it be reigniting Kevin Durant talks in January or something smaller like Alex Caruso if the Chicago Bulls opt to tank. One more move, plus Cam Johnson’s return and a hopeful Chris Paul bounceback could keep Phoenix in the title picture in the Western Conference.

The Deandre Ayton matchup – Isaiah Hartenstein has been rough for the Knicks and I don’t think that changes today. Ayton feels like the best contender to go off against New York with his size and ability to take players off the dribble. The former number-one overall pick could terrorize both Hartenstein and Jericho Sims. Ultimately, I’m curious to see how Thibs uses his bigs to combat that.

Immanuel Quickley versus Chris Paul – in an attempt to stifle Pheonix’s offense, I’m throwing Quickley on Chris Paul. Quickley has played well defensively this season and has the proper size and length to bother, pester and keep Paul at bay for the entire game. The defensive matchups are tricky at the moment, but I’m sticking IQ on Paul and making him work.

Deuce McBride (?) – While I mentioned Evan Fournier earlier for taking that rotation spot for an injured Cam Reddish, Deuce McBride is another interesting option here. McBride offers a defensive element and could play alongside Brunson or Quickley in spurts. Probably won’t be the first choice, but considering Thibodeau’s propensity for defense, I wouldn’t rule it out.