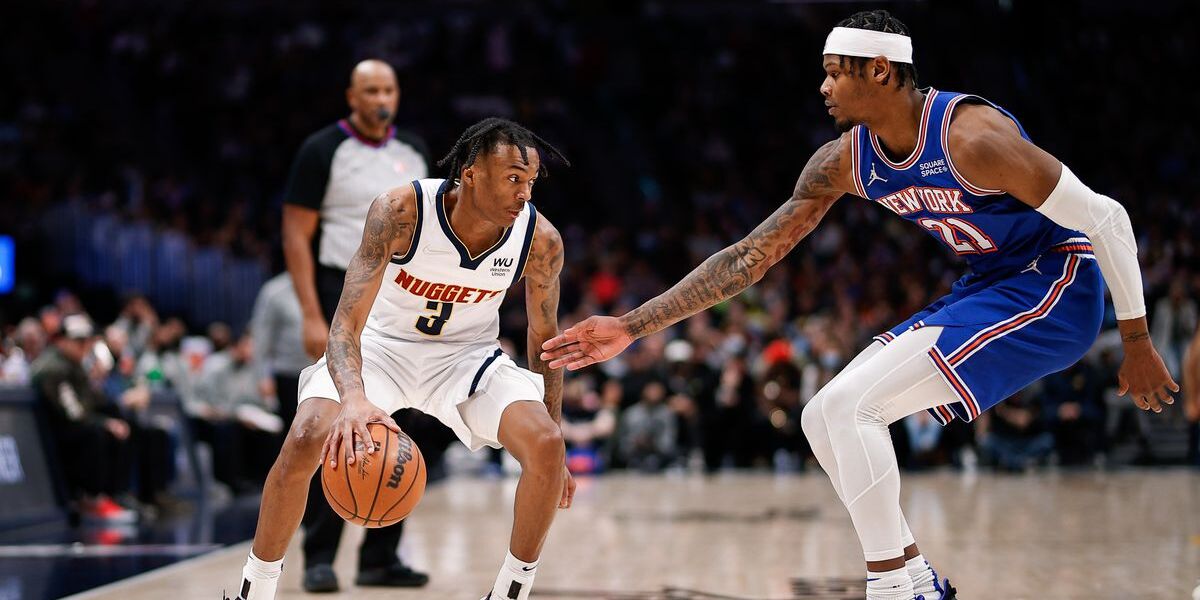 New York looks to keep their rhythm after a bounce-back win against the Jazz.

The New York Knicks (7-7) face off against the Denver Nuggets (9-4) tonight at 10:30 EST. After a rough stretch, New York could be gelling fresh off a hard-fought win against the Jazz.

The Sunday smackdown at the hands of a tanking Thunder team was a rough way to start the week, and that was supposed to be the easy part. Starting the west coast road trip in Utah last night, the Knicks face Denver, Golden State, Phoenix, and Oklahoma City before getting back to the Garden.

The New York Knicks played basketball last night and won. It was great.pic.twitter.com/b55VUj8i01

The Knicks are coming off a gritty win against the Utah Jazz last night, as Jalen Brunson got going in the fourth quarter to keep New York afloat. The defense has looked lethargic with center Mitchell Robinson (ankle) missing time, but last night was a vintage defensive gem. With no indication of when Robinson can return, the Knicks continue to lean on Isaiah Hartenstein and Jericho Sims. Coach Tom Thibadeau shelved the Julius Randle-Obi Toppin experiment since using the duo more after the Robinson injury, but the minutes have come sparingly since. Luckily, MVP Nikola Jokic is out tonight after entering COVID protocols.

The Nuggets have been rolling, to say the least. A Sunday showdown with Chicago got Denver their ninth win of the year. The Nuggets have been one of the hottest teams out west, canning their triples at a clip of forty-two percent, first in the league, with the way New York has guarded the arc it could be a long night, but with Jokic out, they’ll have to lean more on Jamal Murray and Michael Porter Jr. than they’ve had to thus far this season.

This should be a huge point of emphasis for New York tonight as the Nuggets have guys that play hard for the full forty-eight minutes, something New York has failed to do. But if the Knicks can string together the same defensive stops late in Utah, this could turn out to be an interesting game.

Speaking of shooting lights out, Knick defenders will have their hands full guarding Porter Jr., who is a full-on sniper. Cam Reddish will likely be tasked with guarding the 6’10 MPJ as Reddish is the biggest wing the Knicks have at 6’8. Reddish has come into his own as a pesky defender, but lapses in focus can lead to easy backdoor cuts for MPJ. Julius Randle will also probably see time against the 6’10 wing, but Julius has now become infamous for his court awareness, or lack thereof.

One other point of interest will be the story going forward on Coach Thibs’ rotations. With DNPs for Quentin Grimes and Evan Fournier in a Utah win, will Thibs try to keep the momentum rolling with the lineups that looked good? Obviously, it would be smart to play one of Grimes or Fournier for their ability to stretch the floor, but Thibs has proven to be a chemistry-oriented coach, for better or worse, and may just ride with the hot rotation based on the win.