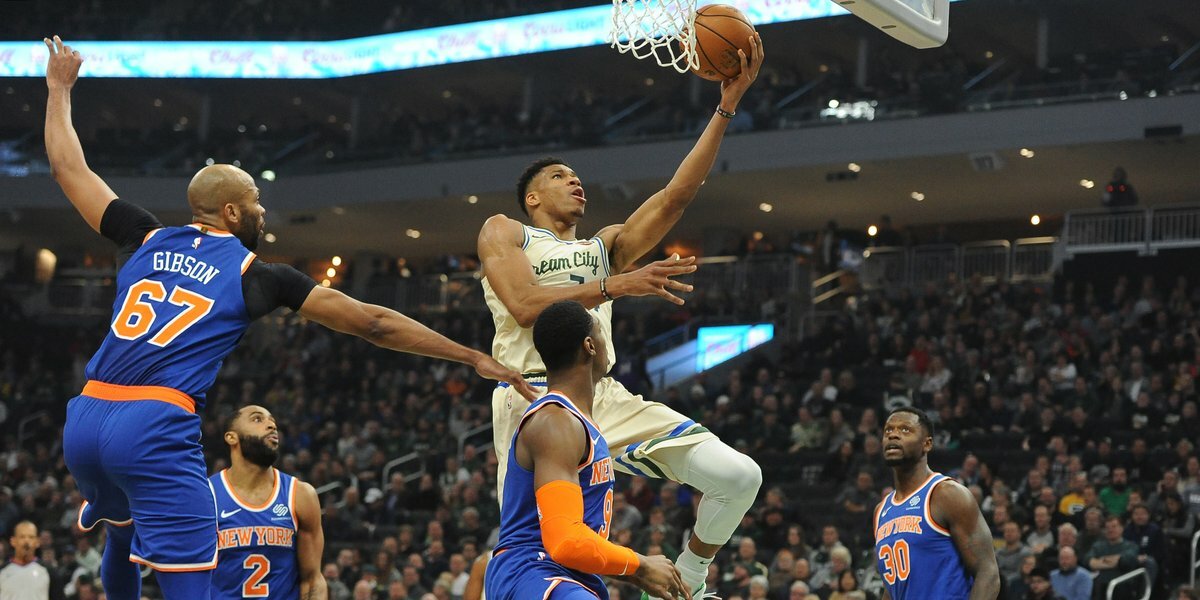 The Knicks are off to their worst 21-game start in franchise history, and things don’t seem to be getting any better after Monday’s loss.

The New York Knicks (4-17) put forth one of their most pitiful performances of the season in a 132-88 loss to the Milwaukee Bucks (18-3). Giannis Antetokounmpo and company made quick work of the Knicks from the jump, burying them in the first quarter while having their way on both ends of the floor.

The Greek Freak finished 29 points and 15 rebounds in only 22 minutes and absolutely bullied Julius Randle and made him look silly throughout the night. Khris Middleton helped contribute to the Knicks’ misery as well, chipping in 16 points of his own.

The 44-point loss marks the largest margin of defeat for a Knicks team since 2009, when they lost to the Dallas Mavericks by 50, per Land of Basketball Stats. Horrendous.

Remember we were told by multiple players that this 2019–20 Knicks team would play like the ’90s Knicks? They’ve been the complete opposite of that.

With Julius Randle’s atrocious defense, Mitchell Robinson’s inability to stop fouling, Taj Gibson taking contested jump shots, and just an overall lack of desire to play, it was one of the most forgettable Knicks showings in a long while.

Yes, Milwaukee simply has an immense advantage in every aspect of the game; offense, defense, coaching but the disparity in effort and intensity  between these two teams was on display tonight, and it’s inexcusable. A type of loss like this could result in jobs being loss, so we will just have to see if James Dolan has had enough and decides to make some wholesale changes.

The rookie had his worst game as a pro thus far, tallying only two points and not making a field goal in 20 minutes of action. Barrett looked overwhelmed on both ends of the floor, which is common for a 19-year-old in his first NBA season against an excellent team.

Barrett has come back down to earth in a big way recently after his scorching beginning and has looked progressively more uncomfortable as the season has gone on. The effort is definitely there, but the numbers have not been.

There will be many ups and downs in a basketball players rookie season more often than not, so this is something to not be super concerned about yet, but hopefully R.J. can string together some more consistent performances going forward.

In perhaps the only moderately positive aspect of tonight’s debacle, Allonzo Trier and Damyean Dotson got a decent amount of floor time and played well.

The 23-year-old Trier has been absent from David Fizdale’s rotation for the better part of the season and hasn’t had the opportunity to be a spark of instant offense off the bench, a role he excelled in during his rookie season.

In 12 minutes tonight, Trier scored 10 points including two three-pointers and looked more like the Zo we all grew to love last year.

Damyean Dotson, who has been lost in the shuffle as well and has had somewhat of a lost season, also had a nice game tonight with 15 points.

With the Knicks going absolutely nowhere fast this season, it makes sense to have Dotson and Trier get some more minutes and continue their development, rather than seeing guys here for one year take up all the minutes.