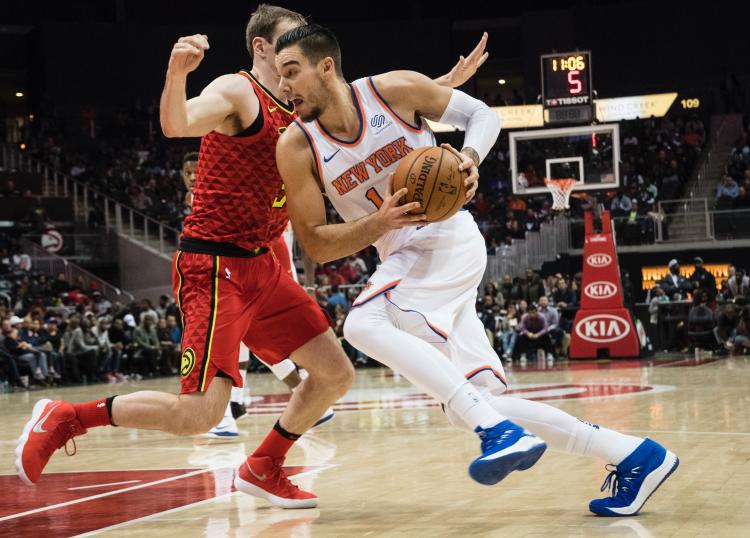 Just hours after Kristaps Porzingis went down with an injury, the Knicks have dealt their frustrated center to Charlotte.

Even after an event as cataclysmic as an ACL tear for Kristaps Porzingis, the ship rolls on.

For the Knicks, this is a trade that seemed inevitable once Hernangómez declared that he either wanted playing time or wanted out of New York. The Knicks chose to go with the latter. It’s fair to wonder if the Knicks may have been better off trading a guy like Kyle O’Quinn and allowing Willy to see more action, but they clearly had no interest in going down that road.

The trade could give Hernangómez a chance to see some playing time, although Charlotte does have Cody Zeller, Dwight Howard, Marvin Williams, and Frank Kaminsky soaking up minutes in the frontcourt. They also have Michael Kidd-Gilchrist on the roster, another guy that sometimes see minutes at a big frontcourt position. Zeller has dealt with injuries all year, so perhaps some minutes could open up in time.

Hernangómez averaged 4.3 points and 2.6 rebounds in 26 games played this season for the Knicks. He put up 8.2 points and seven rebounds during his impressive rookie campaign last year that saw him land on the All-Rookie First Team.

O’Bryant has played for three teams during his four NBA seasons after playing for three years at LSU. He is averaging 4.8 points and 2.6 rebounds in 10.5 minutes per game this season. His contract is up after the 2017-18 campaign, so the Knicks will save the money that was owed to Hernangómez over the next two years with this transaction.

The second-round picks that the Knicks are receiving are in 2020 and 2021, so they won’t come to fruition for a while.

If nothing else, Willy has been freed.

He’s been freed. Go spread your wings my son. pic.twitter.com/8r4qSvySjB

The Knicks are waiving O’Bryant, per the NY Post‘s Marc Berman.

The O’Bryant waive move is official, per the team.