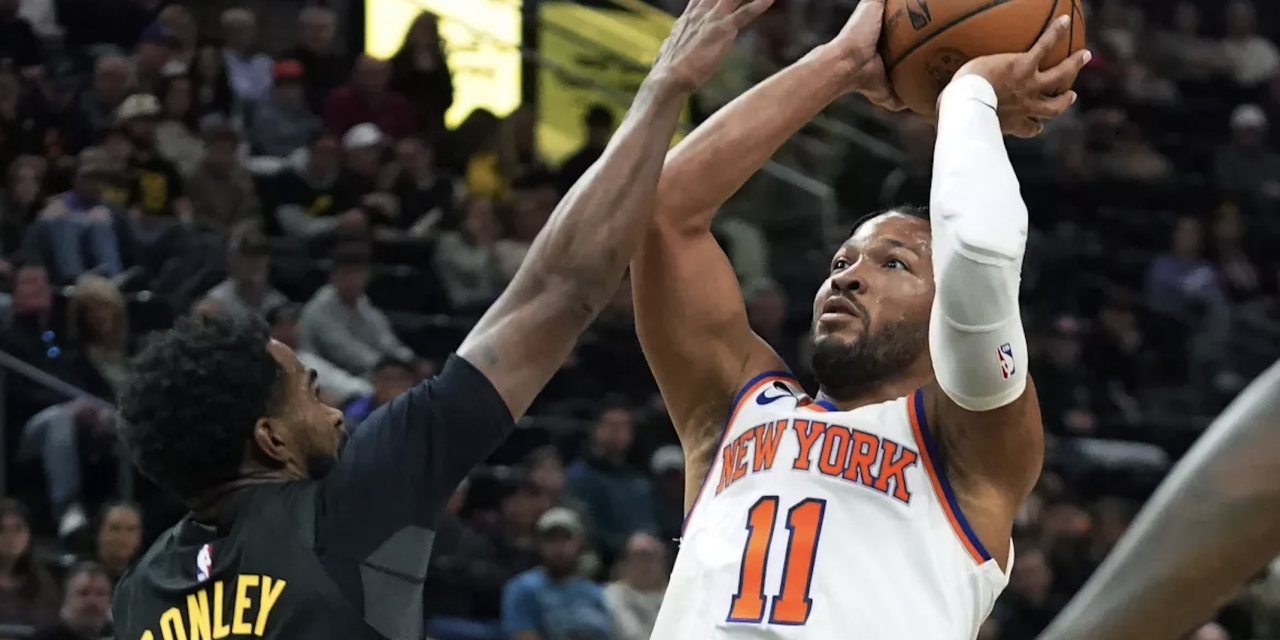 The Knicks picked up a surprising road win against a strong Jazz team thanks to a strong performance from Jalen Brunson.

After an embarrassing showing in Sunday’s matinee at Madison Square Garden versus the Oklahoma City Thunder, the New York Knicks (7-7) looked to rebound against the surprisingly good Utah Jazz (10-6). After hosting a players-only meeting, the Knicks had to take a hard look at themselves before they let the season unravel. The Knicks went into Salt Lake City and handed the Jazz their first home loss of the season and their third loss in a row.

In the first half of the game, the Knicks looked like a much more cohesive unit, trading buckets with the Jazz as players tried to play a less selfish brand of basketball. Notably, Tom Thibodeau tightened up his rotations and didn’t play either Evan Fournier or Quentin Grimes in the first two quarters of the game. Cam Reddish isn’t making things easier for Fournier and Grimes, as he keeps taking advantage of his starting opportunities by starting the game playing hounding defense to go with some timely scoring.

With Isaiah Hartenstein getting into early foul trouble, Jericho Sims came into the game and mopped up, grabbing eight boards and scoring seven points in the first half while welcoming Walker Kessler with a vicious slam dunk. Julius Randle, RJ Barrett and Jalen Brunson all cleared double digits in the first half. The Knicks carried a 61-58 lead at halftime as Brunson hit a three-point buzzer off a sweet pass from Julius Randle.

Brunson at the buzzer and the Knicks lead going into half 🔥🔥 pic.twitter.com/W37IR6NL3R

In the second half, Utah showed why they are the only undefeated team at home this season as they took control early. But the Knicks remained in striking distance as they hit some timely shots courtesy of Reddish and Toppin to keep the Knicks only down two points heading into the fourth quarter.

Immanuel Quickley sparked the team and took over the game in the early part of the final period, spearheading an 11-0 run to give the Knicks a 10-point lead. New York would grow its lead as high as 14 points. Jalen Brunson would take control of the late portion of the fourth quarter scoring 12 of his 25 points in the period. Utah would continue to fight back as they went on their own run to cut the lead to six with under two minutes left in regulation but some key stops and some clutch free throws from Cam Reddish, who had another impressive outing, stopped the bleeding. It was a sorely needed team win for the Knicks.

Brunson — who put up team-highs of 25 points and eight assists, along with three steals, in the win — put it best in his post-game interview: the Knicks played with “a sense of desperation.” And it showed: six ‘Bockers scored in double figures and there was a much better defensive effort as they started their West Coast road trip with an impressive victory in a tough environment.

Next up, the Knicks travel to the Mile-High City to face the Denver Nuggets without Nikola Jokic on Wednesday.

»Read: The Knicks Give Their Deep Bench A Shot

»Read: The Anomaly: What to Make of the Knicks Wonky Play