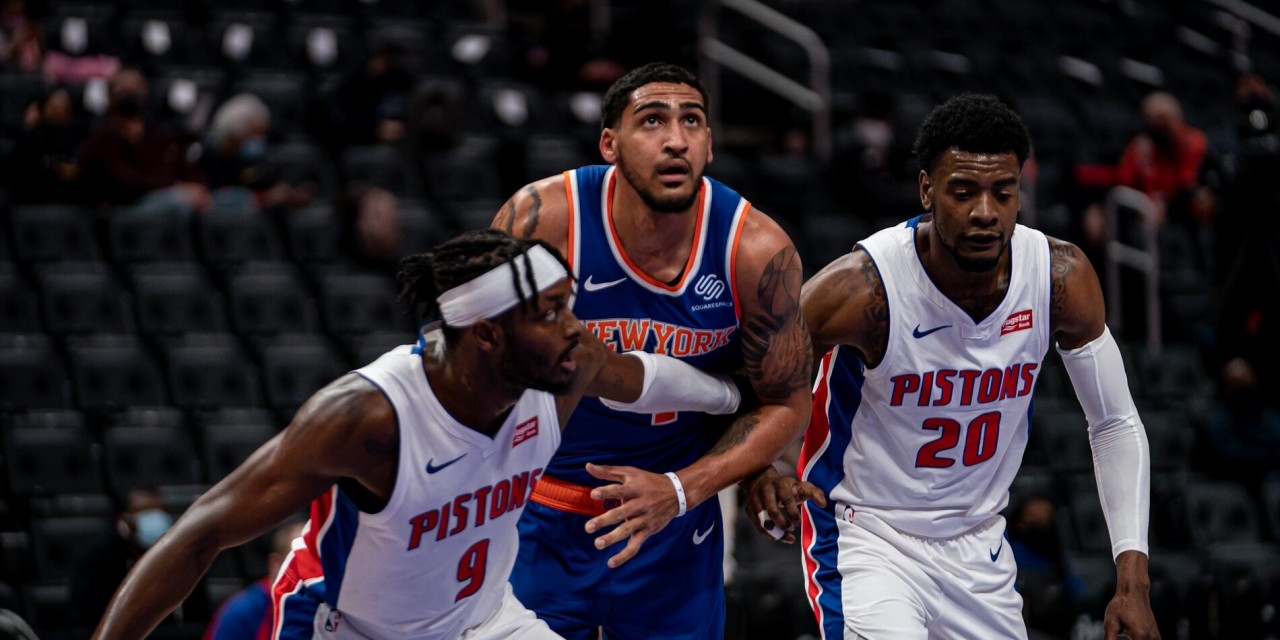 Controlling the young Pistons, the Knicks won the second night of a back-to-back to get over the .500 hump. New York is rocking right now.

The New York Knicks (18-17) took care of business in Motown and defeated the Detroit Pistons (9-25) by a score of 109-90. With the victory, New York moves into sole possession of the four seed in the Eastern Conference standings. This win marks the first time the team is above .500 after 35 games since the 2012–13 season. Extraordinarily impressive, considering where the Knicks have been in recent memory.

New York came out sloppy in the first quarter but took control mid-second quarter and lengthened their lead to double digits by halftime and never looked back.

Julius Randle led the Knicks with another great all-around game, as he contributed 25 points, eight rebounds, and six assists, per ESPN Stats. R.J. Barrett had an impressive showing with 21 points and Alec Burks picked up where he left off in the fourth quarter of the game against the Sacramento Kings on Thursday and had 16 points to his name.

Jerami Grant poured in 21 points and former Knick great Wayne Ellington scored 15 for Detroit. The struggling Pistons were held in check by the stout Knicks D and couldn’t find any continuity as they drop their third straight and 25th game of the season overall, only trailing the Timberwolves for the worst record in the NBA.

Tonight was the first game between the Knicks and Pistons since the February 8th trade that brought Derrick Rose here to the Big Apple and saw Dennis Smith Jr. get shipped off to Detroit. In his first game against his former squad, D-Rose had a solid showing, pouring in 14 points and splashing a couple of threes.

Smith Jr., on the other hand, had a poor game against the Knicks, scoring only five points on 2-of-9 from the field. Smith has been pretty good in his last few contests but just wasn’t in any sort of offensive groove tonight.

Once again, the vaunted Knicks defense showed up and dominated. New York held the Pistons to 38.4% shooting from the field and 28.1% from behind the arc. Numerous players contributed on the defensive end of the floor, especially Nerlens Noel, who logged three blocks and three steals, as he continues to do a great job in Mitchell Robinson’s absence.

Beyond the box score, there is a noticeable difference in the energy the team plays with on this end of the floor and this is a direct reflection of not only Tom Thibodeau himself, but the culture that is being instilled. I know harkening back to the ’90s Knicks is something that a lot of fans roll their eyes at, but there is a toughness and edge that this team plays with that reminds you of those past teams. That was on display this evening in a big way.

The Knicks look to continue their winning ways against the San Antonio Spurs on Tuesday.