Knicks, Down 3-1, Not Ready to Throw in the Towel 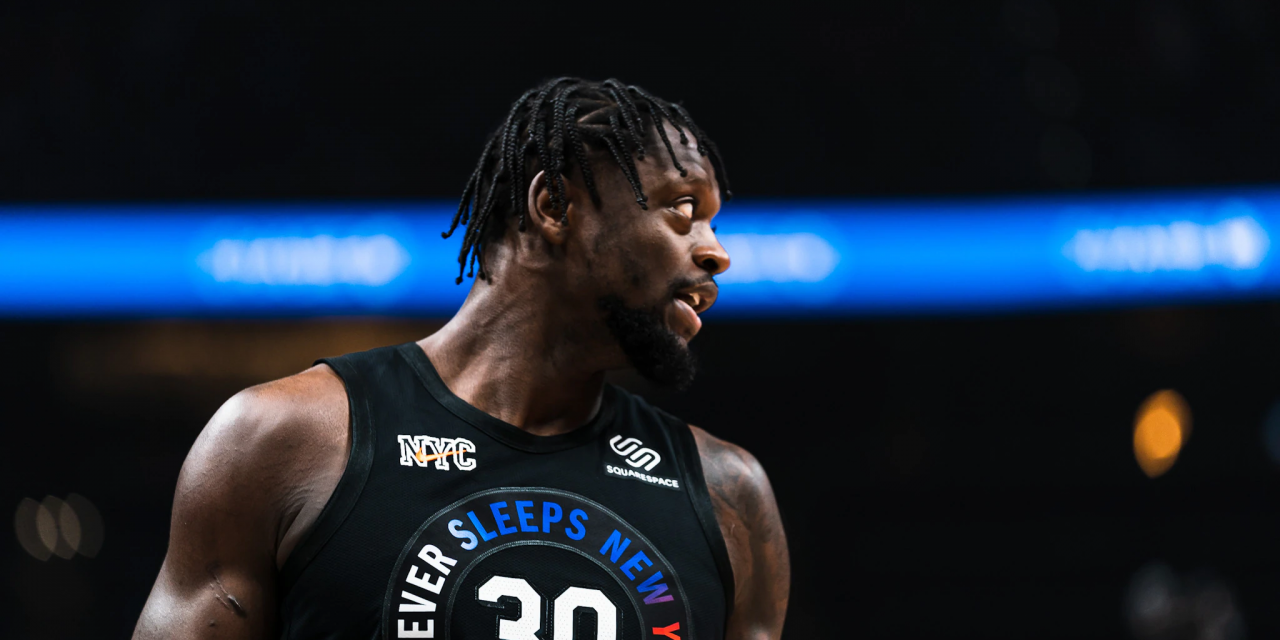 After practice on Tuesday, several Knicks expressed a commitment to see their hard work in 2020–21 not go to waste despite the daunting series deficit against the Hawks.

NEW YORK, NY — After going down 3-1 in the series and a must-win Game 5 versus the Atlanta Hawks at Madison Square Garden looming on Wednesday night, the New York Knicks have found themselves in a familiar spot: being uncomfortable. However, being uncomfortable all season is a major reason for the team’s success this season.

“I just think this is who we are as a team. We’ve been counted out all year. Odds have been stacked against us, according to experts, whatever the hell you want to call it, all year. And this is where we’re comfortable,“ Julius Randle said in Tuesday’s post-practice press conference. “Obviously we’re not going out without a fight. And we’re not even worried about that. We have the ultimate confidence and belief in who we are as a team that we can get it done.”

Randle is right about the odds being stacked against the Knicks from the season’s start. New York came into this season tied with the Oklahoma City Thunder and the Cleveland Cavaliers for Vegas’ worst win total line in the NBA, 22.5. Approximately five months later, they found themselves headed into the playoffs as the Eastern Conference’s four-seed with a 41-31 record.

That being said, the way they did it was unconventional. The Knicks rank as the NBA’s 13th-youngest team with an average age of 25.9. Their longest-tenured player is Frank Ntilikina, who’s only 22 years old.

New York also had no former All-Stars on the roster before acquiring Derrick Rose midseason. Even though Rose has been an All-Star before, he hasn’t been since 2011–12, as he’s dealt with numerous injuries since then. Rose referenced the parallel between his career and the situation the Knicks are in right now, facing a 3-1 series deficit to the Hawks.

“Back against the wall, I’ve been having that same feeling for a long time my entire career, where I had to fight for something,” Rose said.

It wasn’t only Rose who had something to prove in terms of his playing career, though. Every single player on this Knicks roster has had something to prove all season, and they’ve played like it. Randle, who signed a three-year, $62 million deal with the Knicks in 2019, was under extreme criticism from the fans after averaging only 19.5 points per game and shooting only 27.7% from three in his first season with the team. He then went onto have one of the most improved seasons in the history of the NBA, averaging 24.1 points, 10.2 rebounds, and 6.0 assists, while shooting 41.1% from beyond the arc.

R.J. Barrett was under fire for only shooting 40.2% from the field and 32.0% from three in his rookie year. The second-year wing out of Duke bounced back, shooting 44.1% from the field and 40.1% from deep this season. Reggie Bullock, Nerlens Noel, and Alec Burks—all veterans on short-term contracts—bounced around the league their whole careers. They all played the entire season like it could be their lasts, like they needed long-term deals after this season. Add in Immanuel Quickley and Obi Toppin, two rookies who have been fighting all season to prove they belong.

However, what has worked for the Knicks in the regular season has not worked in the playoffs thus far. Out of all playoff teams, the Knicks rank tied for 14th in points per game at 99.0, 15th in field goal percentage at 40.3%, and 11th in three-point percentage at 32.8%. The Hawks are shooting 38.2% from three, ranking seventh of all playoff teams, and Hawks star Trae Young is averaging 27.5 points and 10.0 assists while shooting 47.0% from the field and 36.7% from three.

The Knicks, down 3-1, face the adversity that they have all season, as they need to win three straight games against the Hawks in order to advance to the Eastern Conference semi-finals.

“It’s going to be tough. This is not going to be an easy task,” Rose said. “This is something that we’re going to have to go in and go quarter by quarter and just stay together as a group.”

According to LandofBasketball.com, there have been 260 3-1 leads in NBA playoff history. The team down 3-1 has only come back to win 13 times, which is equal to 5.0%. The team up 3-1 has won the series 247 times, equal to a 95% chance. The 2020 Denver Nuggets came back from down 3-1 to win a series twice in 2020, but before that, it hasn’t happened since the Cavaliers did it against the Warriors in the 2016 NBA Finals. This is what the Knicks are up against with the Hawks.

For the Knicks to win the series, they’re going to have to hit shots. It’s simple, but the shooting numbers in this series speak for themselves. New York is also going to have to find a way to slow down Young, who has gotten anything he wants this series. The Hawks’ pick-and-roll has been the reason the Knicks are on their heels in this series, with the two road losses reflecting New York’s inability to contain Young orchestrating Atlanta’s screen-heavy offense.

That being said, almost everything that can go right for the Knicks this year has gone right up until this series. Would it be a shock if they had one more surprise left in this 2020–21 season?

»READ: Get by with a little help from my friends: on role players in the playoffs

»READ: After Game 3, RJ Barrett is the key to getting back on track