Knicks Draft: The Best and Worst of the Past Two Decades 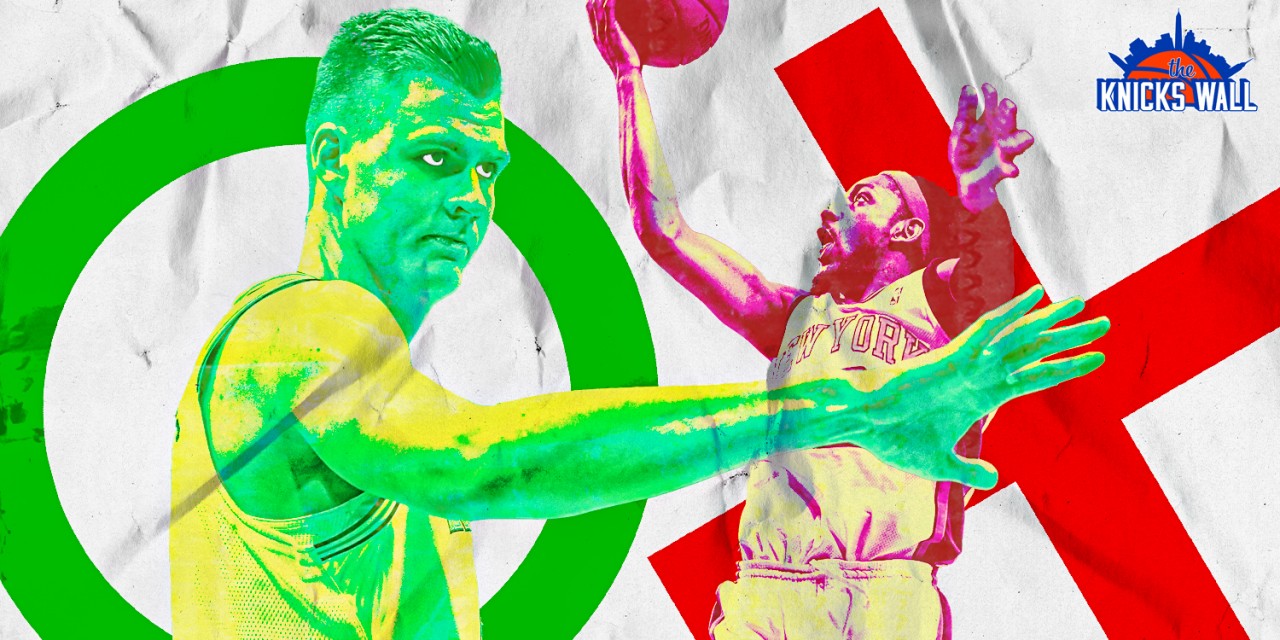 What have the Knicks done well the annual NBA Draft in the past 20 years? Well, some good and a lot of bad, considering their long-standing position and few postseason appearance.

The New York Knicks have had some ridiculously asinine moments when it has come to the NBA Draft over the past 20 years. It is hard to decipher which picks (or lack there of), were the most egregious, but below are the five that stand out the most.

(*For this list, I am not going to include guys who never played for the Knicks, like Kostas Papanikolaou, Ognjen Jaramaz or Slavko Vranes (who?), because we never got a chance to see if they were awful picks or not.)

Some of the Bad

Most conversations about the 2003 NBA Draft are about the all-time great players selected in the top five with LeBron James going first overall and Carmelo Anthony, Chris Bosh and Dwyane Wade going third, fourth, and fifth, respectively.

For the Knicks, however, draft night in 2003 was one to forget. Their top-10 selection, Michael Sweetney played only two seasons as a Knick, topping out at 8.4 points and 5.4 rebounds per game before he was traded to Chicago, per Basketball-Reference. Sweetney was out of shape for his entire tenure as a Knick and struggled with his weight for the entirety of his brief NBA career, making him one of the most excruciating watches and biggest busts in Knicks history.

Stories of Sweetney’s struggles with mental health and alleged suicide attempt while with the Knicks later came out, per the New York Post, but he seems to be doing well now.

2006 was the second consecutive draft in which the Knicks made two first-round picks and they whiffed on both of them.

Former Knicks GM Isiah Thomas fell in love with the 6-foot-7 forward and ridiculously likened Renaldo Balkman to Dennis Rodman and Ron Artest, per The State.

The selection of Balkman surprised many experts and there was speculation the Knicks only selected him because his agent at the time, Andre Buck, was close friends with current Knicks President Leon Rose, who represented LeBron James, who at the time, was set to become a free agent, per ESPN. Balkman ended up never averaging more than 4.9 points per game in any season as a Knick in two stints with the team. Keep in mind, the Knicks passed on Kyle Lowry and Rajon Rondo in favor of Balkman.

As for Collins, the only reason most Knicks fans or fans in general know his name is because of his involvement in the infamous Nuggets-Knicks brawl on December 16th, 2006. Collins started the skirmish after he fouled J.R. Smith very hard, hitting him in the neck. Tempers flared after that and the rest is history. Other than that, Collins did pretty much nothing as a Knick, never eclipsing 40% shooting from the field, per Basketball-Reference.

Perhaps one of the most famous Knicks’ blunders of the past two decades is the selection of Jordan Hill. Yes, Hill was horrendous as a Knick and was traded to the Houston Rockets for Tracy McGrady after one season averaging 4.0 points and 2.5 rebounds, per Basketball-Reference.

The reason why this Hill pick is considered so demoralizing and much more than just your average top-10 bust is because Steph Curry was selected one pick before him by the Golden State Warriors and has become the greatest shooter of all time. Also, the pick after was DeMar DeRozan by the Toronto Raptors, who has gone on to have a hell of a career himself. Oh, what could have been!

I know I will likely get flack for this one, but I just don’t see it with Ntilikina and the sample size is large enough where he can be considered a bust.

No doubt, Ntilikina plays hard and is likable, but to be worth of an eighth overall selection, you can’t be an inept offensive player, especially if you’re a guard in today’s game. Frank has simply not shown enough (if any) improvement since being drafted and just looks lost offensively on a team where he has gotten plenty of chances.

I know people will try and reference his defense to try and say he’s not a bust, but he isn’t close to a good enough defender for it to make up for the fact that he can’t do much else effectively.

Also, guys like Bam Adebayo, Donovan Mitchell, John Collins, OG Anunoby and Kyle Kuzma among others were all drafted after Ntlilikina and all are significantly better players, making the Ntilikina selection even tougher to swallow.

Some of the Good

For all of the shortcomings of this franchise, there are some selections that turned out to be solid.

Gallinari is still going strong currently at age 32 and will likely one of the more coveted three-point shooting targets during free agency this offseason.

Gallinari was a relative unknown coming out of Italy, but has had a very good career and might still be a Knick is it wasn’t for the blockbuster ‘Melo trade that sent him to Denver. The forward shot the ball better than 35% from three in his two-plus seasons as a Knick and was averaging nearly 16 points per game at the time of the trade as a 22-year-old, per Basketball-Reference.

In a very underwhelming 2008 draft, Gallinari was a great find by the Knicks and has carved out a nice career for himself.

Lee will be forever known for being a double-double machine and putting up great numbers on bad Knicks teams, but that doesn’t take away from his impressive career in New York.

The forward averaged a double-double in three out of five seasons as a Knick and was the only bright spot on a team that had no shot of competing. Many people don’t realize, Lee went on to have some 18-plus point per game season as a Warrior and had nice career.

Lee is one of the better late first-round picks in recent memory and kudos to the Knicks front office at the time for finding a guy who came to play hard every night and was productive for half of a decade in New York.

Tim Hardaway Jr., despite his inconsistencies, was overall a good Knick, more so in his second stint with the team. It is hard to find a guy who can shoot the three and average north of 15 points per game in the late first round.

Hardaway Jr., before being traded to Dallas, was averaging a career high 19.1 points per game and shot nearly 35% from behind the arc, per Basketball-Reference. The guard played extremely hard during his tenure in New York and you could tell that he enjoyed being here. Solid find by the Knicks brass.

There is not doubt that the NBA draft is often a crap-shoot, and you never know what you are going to get and which players will excel and which will fail, regardless of where they are selected.

Nailing draft picks has been a key reason for a lot of great teams’ success, like the Warriors, Celtics and Nuggets among others. It is important to establish some homegrown talent that can coexist and grow together, whether you are able to go out and sign or trade for superstars or not.

Unfortunately, the Knicks front office has failed overall in selecting the right player over the past 20 years and this is part of the reason why they have been so futile. Hopefully, the picks of Mitchell Robinson and R.J. Barrett indicated a shift in fortune for the Knicks in terms of the draft, as both players look pretty promising so far.

In this upcoming season, it will be critical for the Knicks to have a solid draft and continue to add young players into the fold that can contribute to potential winning in the future. Leon Rose, you’re on the clock.

»READ: For the Knicks, moving into the NBA Draft’s top three needs a reconsideration