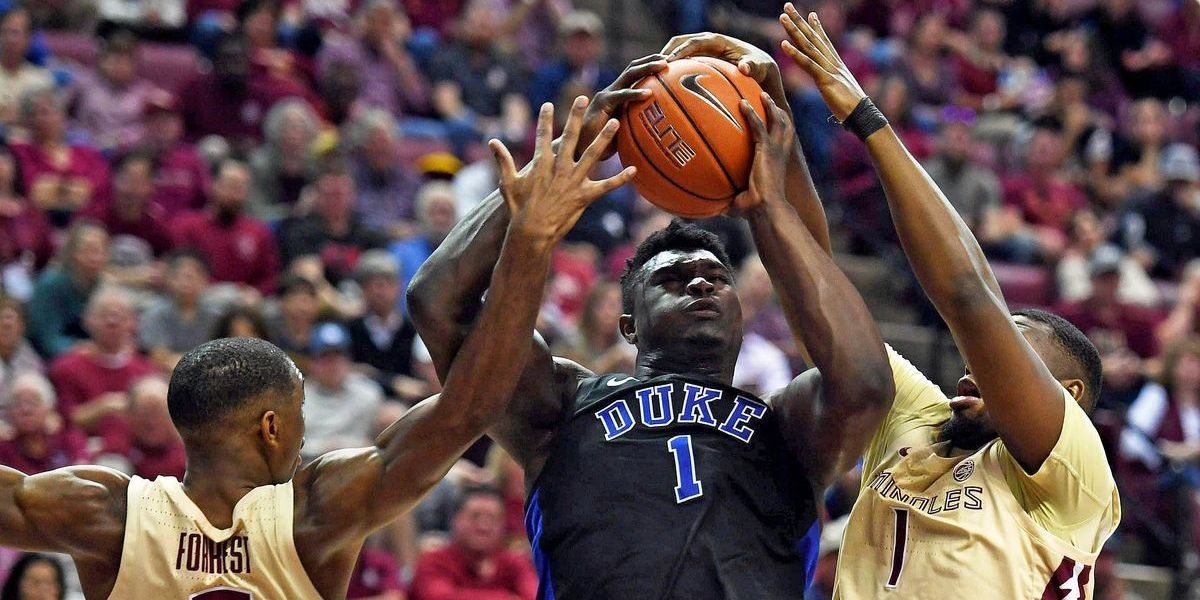 It has been an electric two days of conference tourney play. Draft prospects aside, watching basketball from midday to late at night (for those of on the East Coast) is my happy place.

On Friday we were once again treated to some great games. The showstopper was Duke vs. North Carolina, as many could have guessed. Presumptive number-one overall pick Zion Williamson continues to defy the laws of gravity and entertainment and is rapidly approaching legendary status—if he is not there already.

As we head into the final weekend before the big dance, only four Knicks prospects remain: our three Blue Devils who play for the ACC crown, and Keldon Johnson for Kentucky in the SEC tournament.

Let’s preview what to look out for in the regular season final Saturday.

Who to watch: Keldon Johnson
When: 3 p.m. ET
Where: ESPN

Keldon Johnson had a forgettable game versus Alabama on Friday. He scored four measly points on an ugly 1-of-7 shooting, including 0-for-1 from deep.

The good news is Tyler Herro—someone the Knicks should have on their radar should they acquire a backend first or early second-round pick—picked up the slack.

Today Kentucky will need Johnson as they take on Tennessee. Kentucky split their two meetings with the Volunteers during the season. Johnson’s contrasting performances in those two games played a key role. In the win versus Tennessee, Johnson had 22 points on 50 percent shooting. In the loss, he had seven points on 22.2 percent shooting.

This is not appointment viewing per se, and it’s unlikely Johnson ends up a Knick. Still, it would be nice to see what he can do in high stakes situations.

Here is your appointment viewing of the day.

I am almost tempted to remove R.J. and Cam from the watch list. Duke’s ACC conference run has been all Zion. To paraphrase Bronx legend Desus Nice, every time you watch Zion play is like the first time you saw Zion play.

Before we go any further, enjoy some eye candy.

Williamson has us swooning, much like Ja Morant did last week.

To put into context how dominant Zion’s tournament run has been, the man is shooting 81.3 percent from the field. He was the sole reason Duke avoided dropping all three games to UNC.

For his closing act, Zion will lead his group against a feisty Florida State. The Seminoles dispatched with De’Andre Hunter and Virginia on Friday. It is easy to say the the Carolina semi-final was the real ACC final, but that would be ignorant.

In their only previous meeting against Duke this season, Florida State was poised for the upset until Reddish had his one shining moment.

Cam Reddish for the win! #1 Duke escapes Tallahassee with a 80-78 victory over #13 Florida State.

Does that shot haunt the Seminoles? Probably not. Does that give them added motivation to dethrone Duke? You can bet the house on that.

Zion shot 50 percent in that game, piss poor for his standards. How the Seminoles hold up in a rematch is the question. The key battle for Duke will be on the glass, where the Seminoles beat Virginia on Friday, and Duke in their first matchup.

Barrett has continued to be a reliable second-in-command, but did catch a case of tunnel vision late against UNC. In those moments, it’s easy to see how some are bearish on Barrett. A controlled performance in a Duke win will quiet the haters and allow the stans (me) to remind everyone: it’s not Zion or bust.

Okay, it is Zion or bust. Adam Silver, do the right thing.