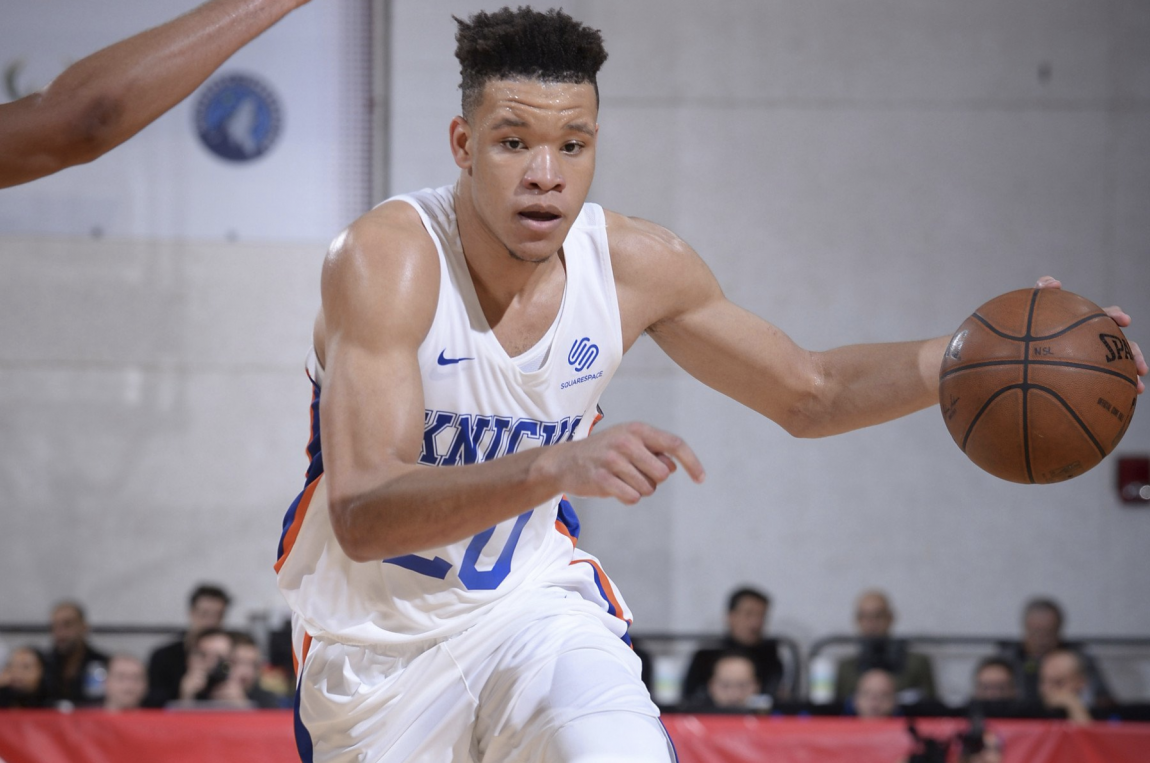 Despite the loss, promising signs were the name of the game after the final buzzer sounded in Vegas.

In a 90-85 loss to the Utah Jazz, who didn’t have Grayson Allen, Kevin Knox shined once again, putting up 19 points, 5 rebounds, and 2 assists. The scoring came in ebbs and flows for the Knicks, who often went on droughts. A 10-0 run late in the 3rd quarter had cut the Jazz’s lead and the Knicks took the lead. Despite the outcome, this was a solid all-around team loss: from Knox, to Frank Ntilikina (17 points and 6 assists), to Mitchell Robinson (12 points and 11 rebounds), all showed off their respective talents, instilling fans with hope.

Ntilikina must have heard the overly aggressive and shamefully impatient Knicks fans after the first Summer League game. After not living up to the expectations of Knicks fans, which are absurdly high for a 19-year-old, Ntilikina stormed back into this matchup with ferociousness and creative offense that we all are craving to see more of. Look for steady progression in Frank’s game as the season goes on, as confidence comes with playing time.

IT WAS OVER WHEN…

With under 30 seconds left in the 4th quarter and the Jazz’s lead within striking distance, the Knicks let a defensive rebound slip through the cracks. The rebound went to Jairus Lyles of the Jazz, who further drained the clock.

This loss is on no player in particular; the Jazz played like a more mature team, which they are. The Knicks didn’t capitalize on the swing in momentum and the Jazz extended the lead. The Knicks have a young, inexperienced squad that is learning on the fly. These things happen.

Undrafted free agent and University of Richmond product Justin Harper left the game in the 2nd quarter with an ankle injury. He will be evaluated by the teams medical staff. It appears that the 28-year-old is unlikely to play the next game.

Head coach David Fizdale was interviewed during a stretch of the game. Most notably, Fiz gave insight as to how he’ll handle the point guard situation—that is, he is implying the players have to earn the starting spot. “I’m going to let them fight it out for who starts but I see all of them serving a purpose for the way I like to play,” he said. We’ll see how that battle plays out when the preseason games roll around.

We think so too.

"A lotta people gonna try to come at me because of my age, but I just wanna make sure I keep working hard every day." pic.twitter.com/L7j7btCs5u