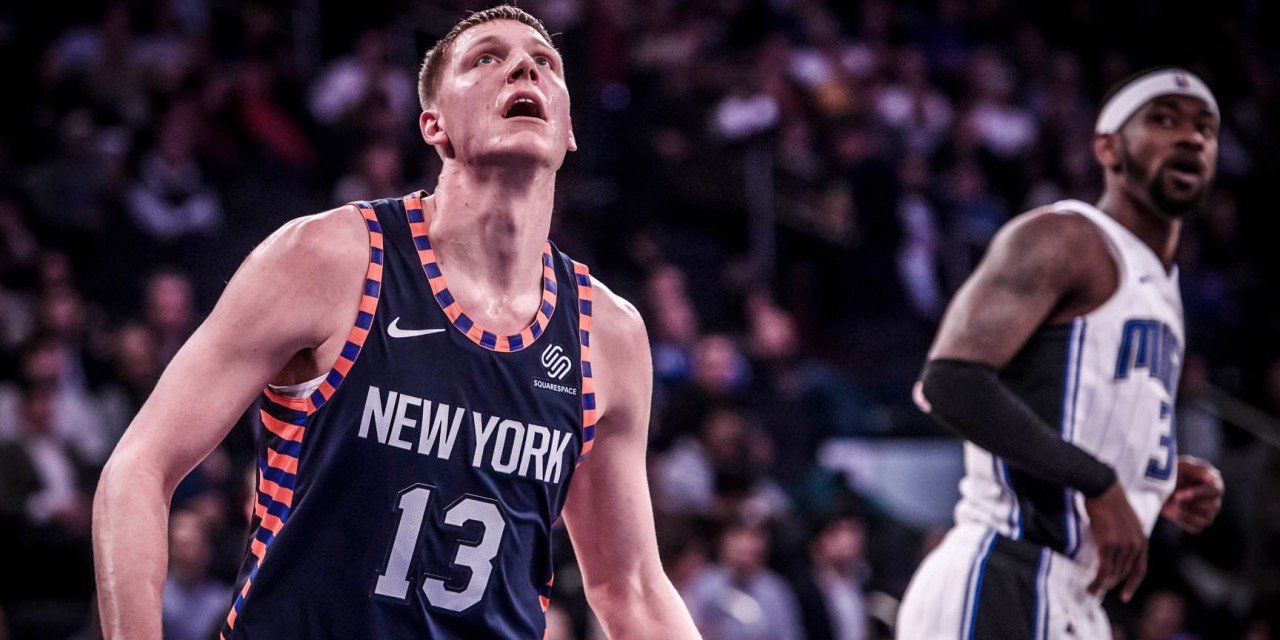 The Knicks will sign former 18th overall pick Henry Ellenson to a contract for the rest of the season after impressing on Tuesday.

The New York Knicks will sign 10-day expiring contract player Henry Ellenson to a deal for the remainder of the season, per ESPN’s Adrian Wojnarowski. Wojnarowski added the contract has a team option for next season.

Deal includes a team option for the 2019-20 season, per sources.

The Knicks officially signed Ellenson to a 10-day deal on February 20th 11 days after the Detroit Pistons waived the 6-foot-11 power forward. Detroit drafted Ellenson with the 18th overall pick in 2016.

Ellenson impressed his teammates and Knicks brass on Tuesday during New York’s comeback home victory against the Orlando Magic. The Marquette product scored 13 points, grabbed nine rebounds, dished out five assists, and tallied two steals in a team-high 36 minutes on the court. Tuesday was Ellenson’s only second appearance as ‘Bocker—with his first coming Sunday in the Spurs win where he played fewer than four minutes. Before his tenure with the Knicks, Ellenson was being shipped between the Motor City’s big league team and their developmental squad affiliate Grand Rapids Drive.

The Knicks signed fellow G League product John Jenkins to a contract for the remainder of the season plus a nonguaranteed deal next year last week. The team is seemingly loading the team with cast-off talent to create easily liquidated players and salary in order to make a deal in the summer. Conversely, the Knicks are giving these players, like Kadeem Allen, Emmanuel Mudiay, Mario Hezonja, and Noah Vonleh, the space to showcase what they have for future teams.

Regardless of whether New York believes Ellenson is a firm part of the team’s future, he’ll have the ability to prove he can be a mainstay in the NBA for the final 21 games.

This post was updated to include Ian Begley’s report of the Knicks’ open roster spot.