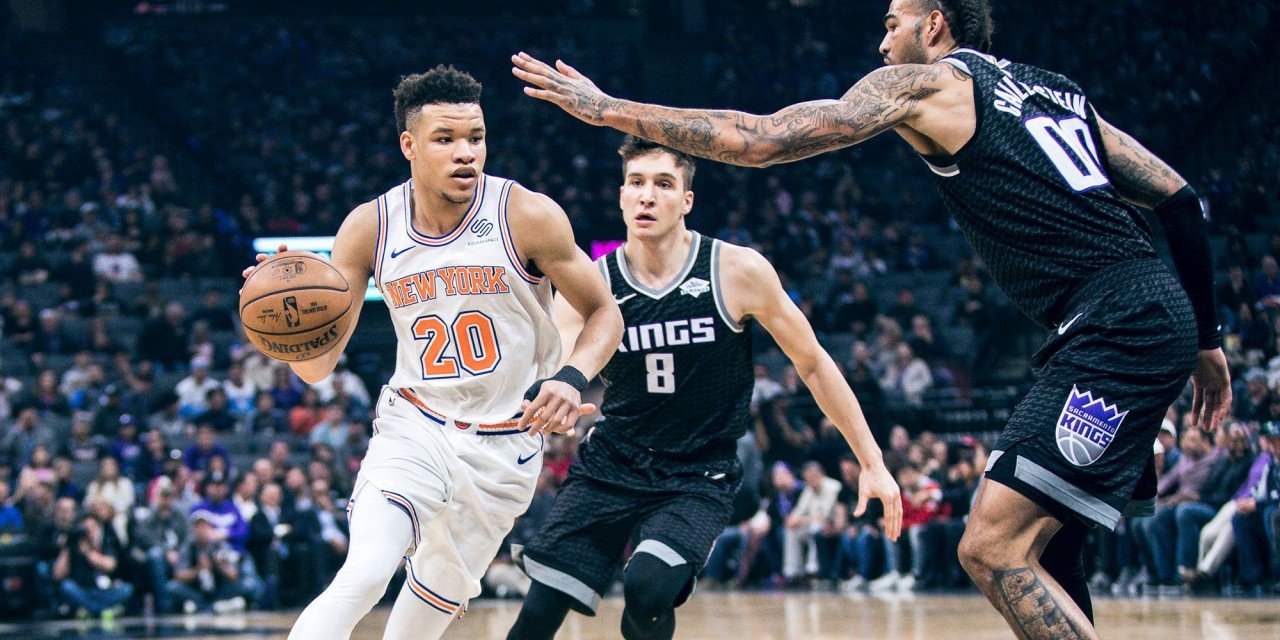 Hoping to break a four-game losing streak, the Knicks look to build off Mitchell Robinson’s recent strong performances as they take on the Kings at home.

After a disappointing blowout loss to the just-as-terrible Phoenix Suns, New York will play the previously playoff-bound Kings at home.

With Fizdale enamored by Emmanuel Mudiay, his favorite reclamation project, Dennis Smith Jr. (and fans) may not witness the head-to-head duel between the two draftmates. Fox has taken a dramatic leap this year, scoring 17 points per game on 45.8 percent shooting while averaging 7.2 assists (per Basketball-Reference). Smith Jr. hasn’t  had the same increase in production.

We can shoot him some bail since he’s had some real trials and tribulations, from becoming a second-option next to Luka Doncic to being traded to a depleted Knicks roster. Still, when taking into account his already lackluster shooting numbers, he appears outmatched. This could pave the way for Mudiay, a taller ball handler getting more burn than Smith Jr. due to his natural height advantage.

Mitchell Robinson vs. Everybody

Mitchell Robinson had four blocks against the Phoenix Suns—one was a demoralizing stuff against number-one overall pick Deandre Ayton. It was a vicious thing of beauty, like watching a wolf tackle a deer in mid-air. The Kings are a young team in their own right, and Robinson could teach them a collection of humiliating lessons in this game. I’m setting my over-under for Mitchell Robinson’s block count at 4.5.

Kevin Knox’s rookie year has had far more lows than highs, and it doesn’t appear that it will change dramatically in the end of season stretch. Fortunately, Fizdale is finally employing some coaching tactics to get the young man going by setting him up in the post. He’s not exceptionally strong, and it’s doubtful if he can back anyone down, but he’s s tall forward with a quick right hand that can shoot over competition. The Kings are every bit as lanky as the Knicks, and Harrison Barnes is a strong player who could shut this new development down early. Hopefully Knox finds another way to work the inside-out game against the Kings.

The Kings are essentially out of the playoffs, but they’re still more than a match for New York on the road. The Knicks are facing a five game losing streak—another start of something awful if they don’t pull away a win here.