Knicks Fall to Hornets in Another Severe Shortage of Energy 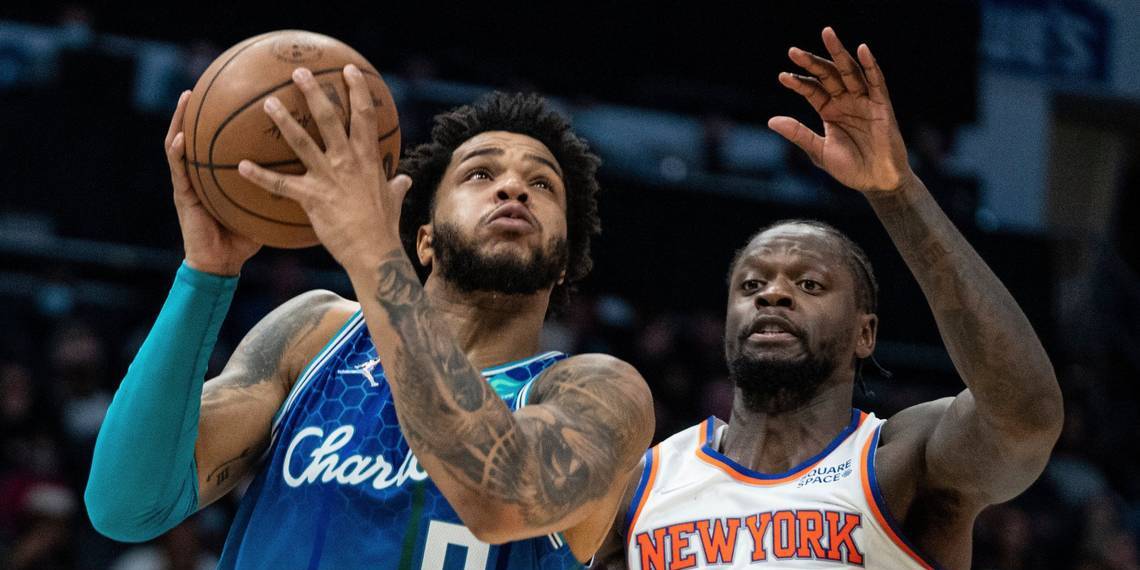 The Knicks dropped another game where their starters looked disinterested and unengaged against the Hornets in Charlotte.

In another disappointing loss, the New York Knicks (7-6) traveled down to Charlotte for the first time this season, where they fell to face the young and exciting Hornets (7-7), 104-96. Led by a young, dynamic duo consisting of reigning Rookie of the Year LaMelo Ball and third-year wing Miles Bridges, who has taken a significant leap in the right direction, the Hornets crushed the Knicks in the third quarter. In what was another game of two halves, the Knicks got off to a quick start dominating the young Hornets who couldn’t get it going in the first quarter.

The game was significant for Kemba Walker, who came back to North Carolina as a Knick for the first time. Walker came out with his hair on fire; in the first 10 minutes of the game, he scored 17 points and hit four three-pointers to help the Knicks build a quick, early 16-point lead. He ended the night with a team-high 26 points.

The third quarter continues to plague the Knicks as the Hornets controlled the period outscoring them, 34-21. The Hornets tied the game after the Knicks’ starters again began a lackadaisical second half by managing to squander a nine-point halftime lead on an immediate 10-1 run to start the period.

The Knicks; starting lineup had to be bailed out by the bench—again. By the middle of the quarter, the starters allowed a 22-5 run to the Hornets allowing for a 20-point swing. The bench mob, led by Alec Burks this time, scoring 15 points, immediately came and stopped the bleeding, tying the game in the fourth quarter. Immanuel Quickley resumed his timely three-point shooting by hitting back-to-back threes to cut into the Hornets’ lead.

The fourth quarter turned into a back-and-forth affair as the Hornets and Knicks traded the lead several times. For the second game in a row, Knicks head coach Tom Thibodeau stuck with the bench, who did all they could to keep the game within reach. It wasn’t enough though has the Hornets ended the game on an 11-3 to close things out.

Julius Randle did not score in the first quarter. He did have a spark and got the ball rolling towards the end of the first half, scoring seven straight points to end the second quarter. But he was virtually nonexistent in the second half, after being subbed out in the third he didn’t get back into the game until there were fewer than four minutes in the game. Miles Bridges, who is having the best season of his young career, completely outplayed Randle the entire game. He finished the game with 24 points to lead his team, also putting the finishing touches on the game with a windmill dunk to close seal it for Charlotte, answering Obi Toppin’s similar slam a minute earlier.

ARE YOU KIDDING US OBI pic.twitter.com/TGxDpO8ij3

RJ Barrett has seemed to have fallen into a slump, shooting 1-of-9 and only scoring two points. He looks to have lost the touch around the rim he had earlier this season. Barrett was outplayed by veteran Gordon Hayward, who quietly kept the Hornets within striking distance. Hayward had a terrific all-around performance, tallying 22 points, seven assists, and five rebounds. He also had a nice defensive game with two steals and a block.

A point of real concern is Evan Fournier. He continues to be a nonfactor on offense, his lack of productivity again resulted in him not seeing any late-game action. He shot 2-of-6 from the field, scoring only five points all coming in the opening quarter.

Mitchell Robinson came out of the game early but returned in the second quarter and continued the rest of the way. Lately, it seems like Mitch has to go see the trainer every game.

The Knicks head back to Madison Square Garden to start a very winnable three-game homestand. Starting with the Indiana Pacers on Monday night for their second matchup of the season. The Garden hasn’t been kind to the Knicks though, as they’re 2-4 at home.